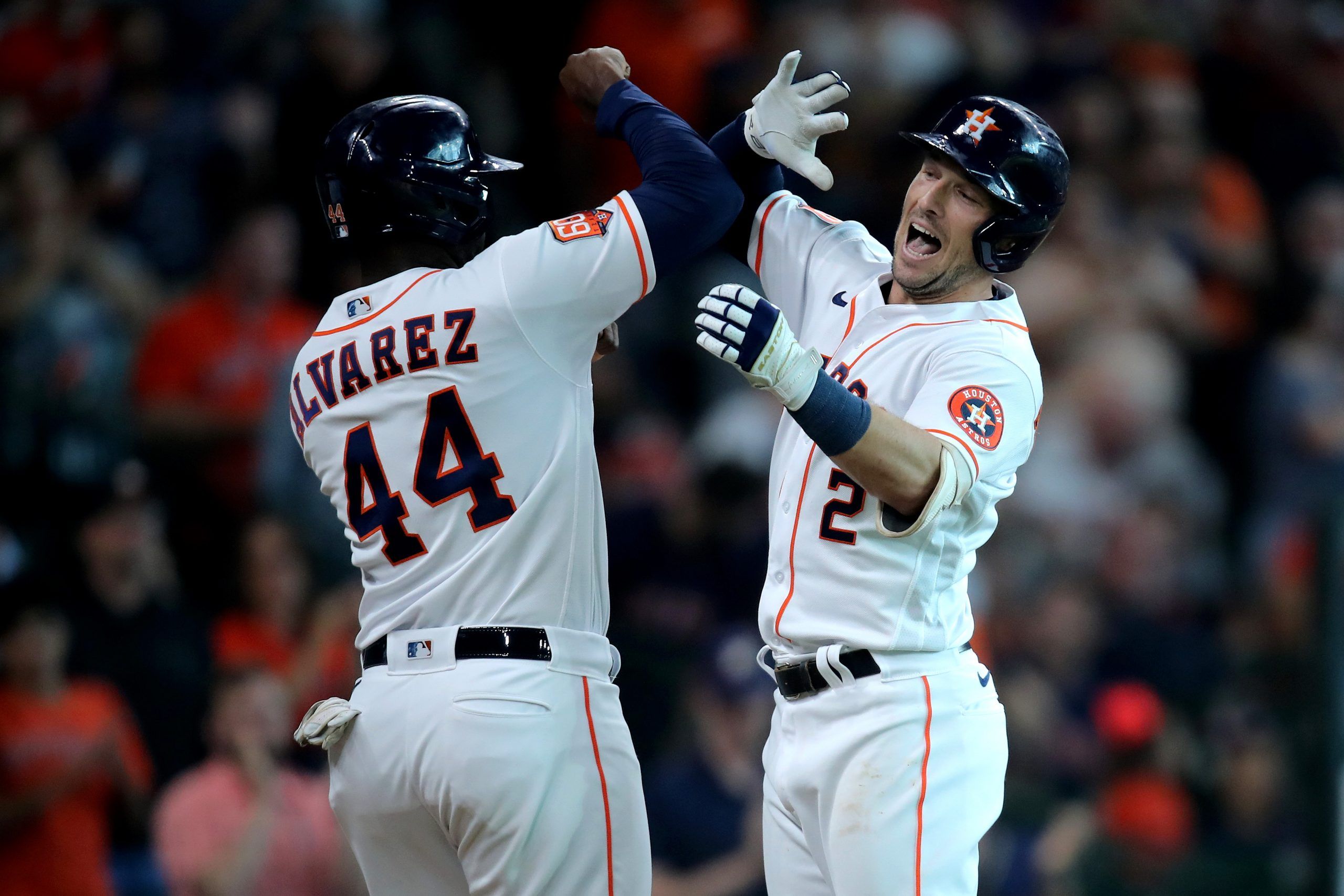 Deputy Editor for Pickswise. Lover of all US sports and Southampton FC.
Updated: 6:39 AM ET September 02, 2022

The MLB playoff races are heating up as we’ve hit September. With that comes another slate of baseball from coast to coast on Friday. And what better way to celebrate than by going for a big payday? That’s right, we’re back with another MLB mega parlay with a potential payout of over 9/1 at DraftKings Sportsbook.

Let’s get into our mega parlay for Friday.

To start off this mega parlay, we’re going with the Astros on the run line. Houston has won 5 of the last 6 meetings against the Angels, and should have no trouble in Friday’s contest. If Shohei Ohtani was on the mound, the Angels would have a better chance, but that won’t be the case.

The home team will open this series with 2nd-year starter Reid Detmers, who has up-and-down this season. Detmers helped the Angels upset the Blue Jays recently, but was also pushed around for 10 hits in a recent defeat to the Tigers. Unfortunately for the hosts, that type of inconsistency won’t cut it against the Astros. Houston crushes lefties and should stay hot behind Lance McCullers Jr. on the mound. McCullers is still working his way back from injury, but this is a pitcher who should be comfortable against a division opponent. He was 13-5 last season, so McCullers is worth trusting to keep working back to his 2021 form against a disappointing Angels offense. Back the Astros with confidence.

For the second leg of our mega parlay, we’re going with the Brewers on the run line. Even though the Diamondbacks have been one of the better teams since the all-star break, they’ve largely done it against bad teams. This time around, the Brewers represent a step-up in competition. Milwaukee entered August leading the NL Central, but somehow finished the month 6 games back from St. Louis. It was an awful month for the Brewers, as their offense let them down en route to a 12-15 record. However, Milwaukee went into Thursday’s game having won 4 of its last 5 contests and momentum may finally have swung its way.

Eric Lauer will be on the mound for the Brewers and his August was an impressive one. With a 3.00 ERA in his last 30 innings, Lauer holds a clear advantage against the Arizona offense that ranks 22nd in OBP and OPS against lefties in 2022. The Brewers also have a much stronger bullpen, which should prove important come the later innings. Therefore, even though the pitching matchup is a close one, Milwaukee is the better overall team in this matchup. The Brewers run line offers value on Friday at this price.

Dallas Keuchel has been a disaster this season, and that didn’t change in his debut for Texas last week. The veteran starter allowed 11 hits and 7 runs in 5.1 innings to the Tigers, who are the worst offense in the majors. In 56 innings this season, opponents are crushing Keuchel, to the tune of a .349 batting average and a .411 OBP. It’s become clear that he has lost his touch and is well over the hill at this point.

Boston has been very successful against Keuchel thus far, and that shouldn’t change. In fact, I expect the likes of Tommy Pham, Alex Verdugo, Xander Bogaerts, Rafael Devers and J.D. Martinez to have success on Friday. Those hitters are a combined 20-for-56 (.357) off the Rangers starter, so expect their bats to start hot. Nick Pivetta’s 4.40 ERA and a 4.33 xERA in 147.1 innings are not promising, but he did dominate the Texas lineup earlier this season as he pitched 7 innings of 1-run ball. The Red Sox lineup ranks 6th in OBP and 9th in OPS against lefties this season, so they should be scoring early and often in this one. I’ll back the run line with Boston.

Be sure to check out our picks for every MLB side and total today!