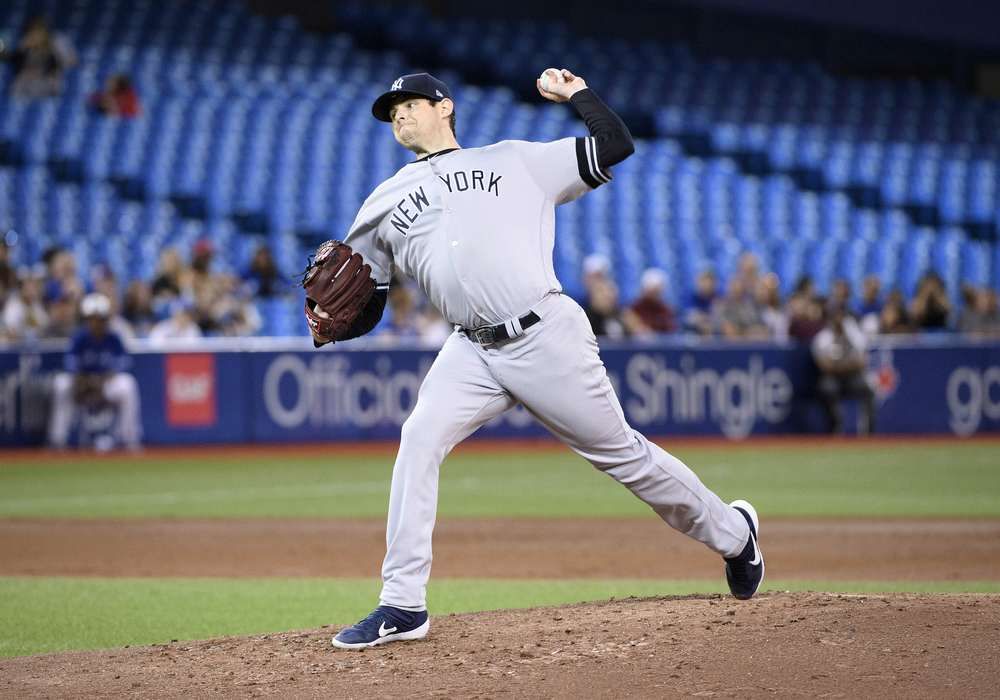 Since graduating from Davidson (The College That Stephen Curry Built), I have been writing about sports--just about any and all you can think of!--and coaching tennis in Atlanta, Ga. Beyond the four major sports, I am an avid tennis fan and cover the ATP Tour on a daily basis. If I'm not busy writing, you can generally find me on a tennis court or traveling the world wherever a sporting event takes me.
@Dimonator133
Updated: 14:46 PM ET July 02, 2021

We have a full 15-game slate on Friday to begin the Independence Day weekend in Major League Baseball. Let’s take a look at our three-team mega parlay.

The Mets gave up 20 runs to Atlanta on Wednesday night. That moved their ERA from best in the league to fourth. Even though it is an outlier (and there were some position-player shenanigans in the eighth inning), the Mets might be in trouble because their pitching has staked them the lead in the NL East and both the staff and the lead are getting pretty thin. Ace Jacob deGrom pitched in Atlanta to close the Mets’ series on Thursday; that means no deGrom for this series. Michael Conforto has been back in the lineup for a week, but he has produced next to nothing since getting back on the field. Conforto and company will be facing Jordan Montgomery of the Yankees. He looks like their next-best starter behind Gerrit Cole. He is one of those guys for whom location matters. At home, his ERA is 2.61. On the road, it is more than double. Take Montgomery and the Yankees in the Bronx.

The White Sox have won four games in a row to extend their AL Central division lead to five games and Lance Lynn is taking the mound on Friday. That’s why you can get the Tigers at a good price (+140)—one that makes them worth putting your money on. Casey Mize is toeing the rubber for Detroit, which is good news for the home team. He has been throwing the ball very well since the end of April. In his last 11 turns in the rotation, he owns a 2.93 ERA and a 4.12 FIP and has not allowed more than three earned runs in any of those starts. Expect him to be effective again in this contest against a White Sox lineup that ranks only 13th in OPS and 25th in ISO against right-handed pitching.

Since winning 11 games in a row from June 13 to June 24, the Astros have lost five of their last seven games. But as bettors saw last night in their 7-2 victory, this is still an extremely talented baseball team. On the other side of this matchup, the Indians are bereft of talent at the moment due to a plethora of injuries—both in the starting rotation and in their lineup. Those injuries will force Cleveland to send Sam Hentges to the mound on Friday. Hentges has been one of the worst pitchers in the league since being called up by Cleveland. In 35.2 innings of work he owns a 7.32 ERA and a 6.81 xERA. He is being opposed by Lance McCullers, who has posted a 3.38 ERA and a 3.80 FIP across 122.1 innings of work since the start of the 2020 campaign. This contest is unlikely to be close.