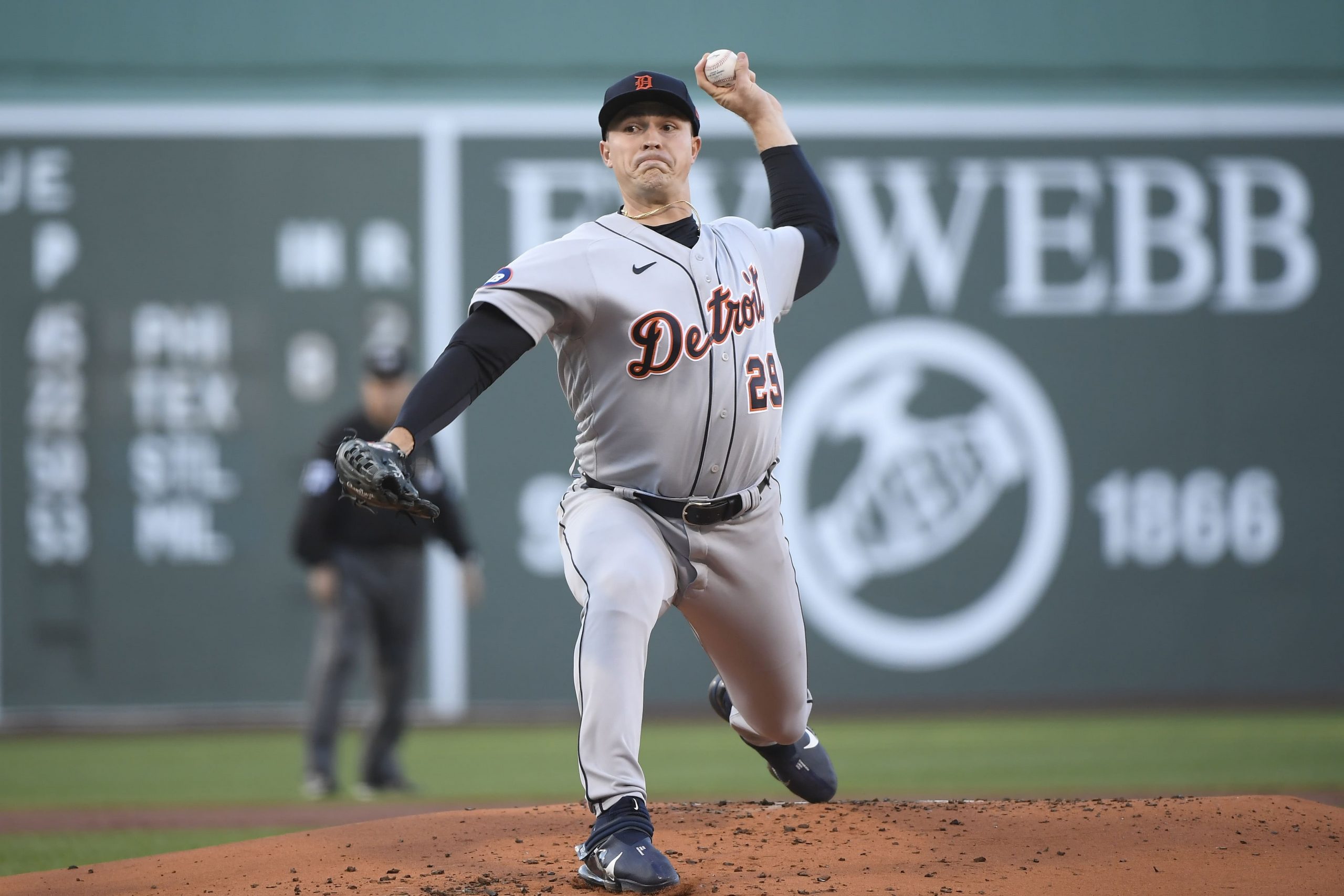 There’s no denying that these teams leave quite a bit to be desired, but they did provide an exciting walk-off finish yesterday. Despite being at the bottom of the AL Central, they have a premier game on Peacock today, with an early start time. Sunday’s finale is also even more important given they split the first 2 games of the series. Regardless of the greatness of the teams, there are always ways to make a game profitable. There are also plenty of markets available with this game being in a primetime spot. Along with this same game parlay, be sure to check out our thoughts on the side and total for all of today’s games.

There has been a lot of shuffling when it comes to starting pitchers for this series. The Tigers took until nearly first pitch to announce theirs for the series opener and both teams changed their starters from the original listings for yesterday’s game. Be sure to monitor that and make that designation when placing bets. Brady Singer was originally slated for yesterday’s game, but will start for the Royals today instead. His 3-3 record isn’t awful, but he has also faced the league’s worst lineup of the A’s in each of his last 2 starts.

Kansas City still lost both of those games, and have now lost 4 of Singer’s last 5 starts. The Tigers may not be the league’s best lineup either, but they can hit Singer. Detroit should also be able to boost their numbers after he exits the game. The Royals have one of the worst bullpens in baseball. While that is arguably their biggest weakness, that is the Tigers’ biggest strength. They’ve had a top-5 bullpen throughout the season, rivaling the Yankees and Astros. Detroit also showed some moments of brilliance heading into this series. They won a series out west in Arizona against the Diamondbacks, and then split a short 2-game series against the Giants in San Francisco. Now with Tarik Skubal on the mound, they can finish this series with a win.

With two of the league’s lowest-scoring teams, there is no reason to expect many runs in this series finale. The Tigers have been hitting better recently, but still sit with the fewest runs scored. The Royals aren’t much better, with the 3rd-fewest runs scored. Kansas City’s situation has got even worse, as Salvador Perez recently went to the injured list with a thumb injury. He’s their primary source of power, and this game will be in a pitcher-friendly stadium. Comerica Park in Detroit is notoriously great for pitchers, as it ranks 27th for home runs. These teams had no issue proving that in the first 2 games of this series, with game totals of just 4 and 7 runs, respectively. Now with the Tigers having their ace Skubal on the mound, this total should continue the trend.

Skubal should not only lead his team to a win, but do so with a great individual performance. His numbers may not seem incredible, but it’s important to remember that he is not pitching for the best team. He has still led the Tigers to 6 of their wins, and has had some performances worthy of his title of the team’s ace. Skubal has pitched against the Royals only once this season, but was able to strike out 7 of them. He’s also had 3 games of at least 9 strikeouts, including an 11-strikeout performance in May. The Royals lineup has become even weaker with Salvador Perez on the injured list, which should provide Skubal an opportunity to show off his stuff.