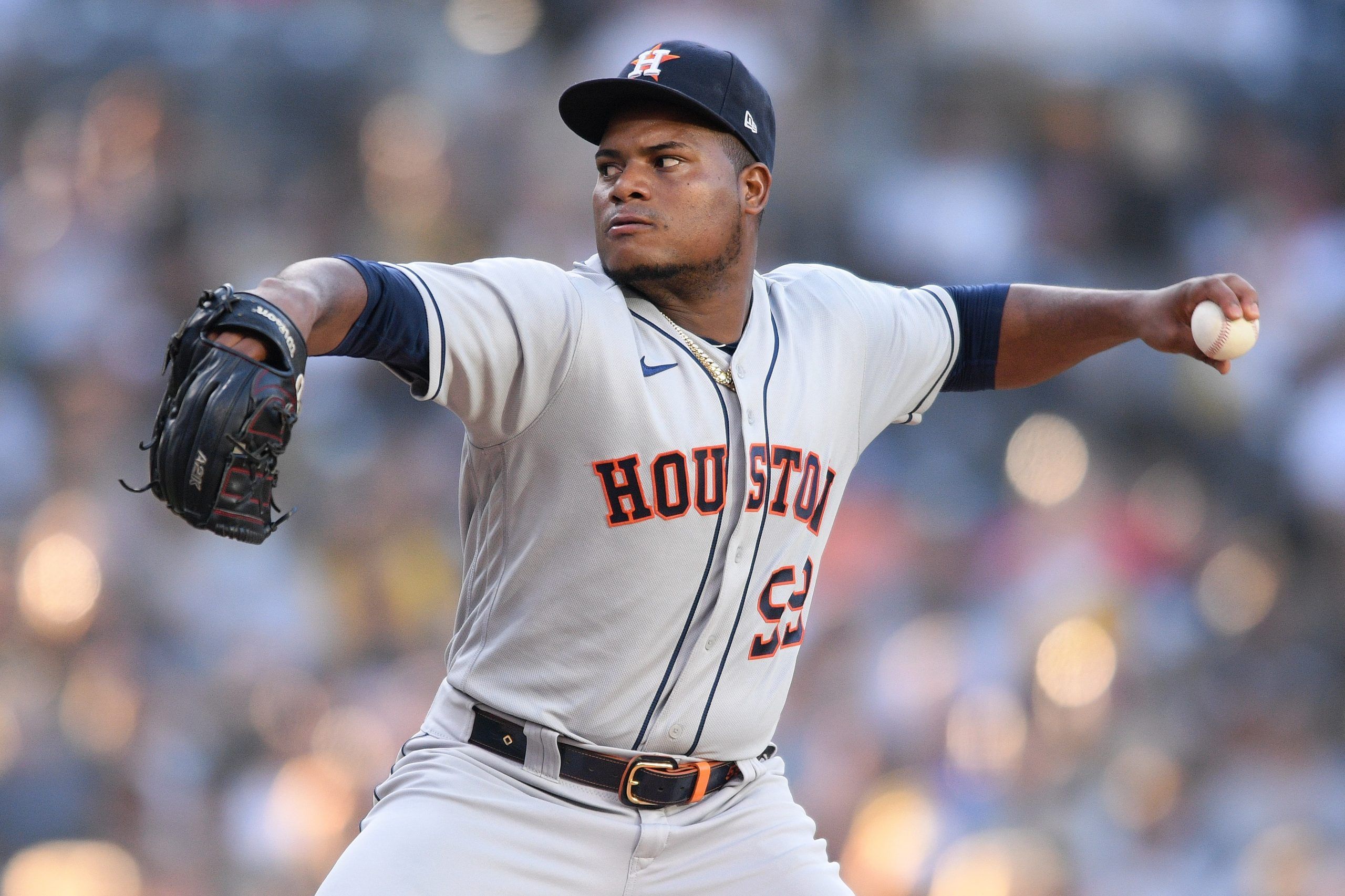 The MLB weekend slate concludes on Sunday with a number of compelling matchups throughout the day. And what better way to celebrate a full slate of baseball than by going for a big payday? That’s right, we’re back with another mega parlay with a payout of over 9/1 at FanDuel Sportsbook. I hit my mega parlay on Wednesday at 10/1, let’s make it 2 in 3 tries!

To start off this mega parlay, we have the Astros on the run line. Alongside the Yankees, Houston has clearly established itself as the class of the American League, to say nothing of the AL West. The Astros are absolutely rolling as they continue to boast one of the best pitching staffs in baseball. A large part of their staff’s success is in part to Framber Valdez, who gets the ball on Sunday. In his last 7 starts, Valdez is 5-1 with a 2.63 ERA, 0.95 WHIP and an average outing length of 7.0 innings. He shouldn’t have any trouble pitching effectively against an Angels lineup that is getting little production outside of Shohei Ohtani and Mike Trout.

Even if Valdez isn’t at the peak of his powers, the Astros bullpen should pick up the slack. Houston’s bullpen is excellent at protecting leads and holding teams scoreless in the late innings. The same can’t be said of the Angels, as the Halos rank 20th in the majors in bullpen ERA. Outmatched in all three phases of the game, I don’t see LA keeping up with Houston in this one. Back the Astros to stay hot at home.

For the second leg of this mega parlay, we are going with the Yankees on the run line. Much like the Astros, New York is in a different class compared to the majority of the AL. The Yankees have won more than 70% of their games this season, a seriously impressive feat considering they’ve battled a number of injuries as well. New York is looking to complete a sweep of the Guardians and there’s no evidence to suggest that Aaron Judge and company won’t have success at the plate.

Triston McKenzie gets the ball for Cleveland, and while he’s shown promise on the mound, the 24-year old is still experiencing growing pains. McKenzie enters the game with a 4.03 ERA, but he’s surrendered 13 runs in his last 10 IP. While McKenzie saw success against Detroit, Oakland and Colorado, the Yankees lineup is an entirely different beast. It wouldn’t surprise me if the right-hander only tosses 5.0 innings, allowing a few home runs in the process. As long as New York gets a quality start from the reliably decent Jordan Montgomery, the Yankees should cruise to a series sweep.

To finish off this mega parlay, we have the Orioles on the money line. Baltimore isn’t as hot as it was a week ago, but the Orioles are coming off consecutive 1-run losses to the Twins. The Orioles led in both games, and I think Sunday’s series finale is when they’ll get over the top. For starters, Baltimore has typically had success when Tyler Wells pitches. The Orioles have won each of Wells’ last 6 starts, including wins over the Red Sox and Blue Jays in that span. The right-hander can be relied on for throwing 5.0 or 6.0 quality innings, allowing 3 runs or less in each of his last 10 outings. The Twins’ offense has struggled against Baltimore’s starters in this series, and I expect that to continue.

On the other side, Baltimore’s bats are due for a breakout effort. The timely hits haven’t been there this weekend, but the O’s are still taking good at-bats off Minnesota’s pitching. Devin Smeltzer has been rock-solid for the majority of the campaign, but the Orioles undoubtedly have the better bullpen. In a game that should be close into the late innings, I like our chances with the road underdog.