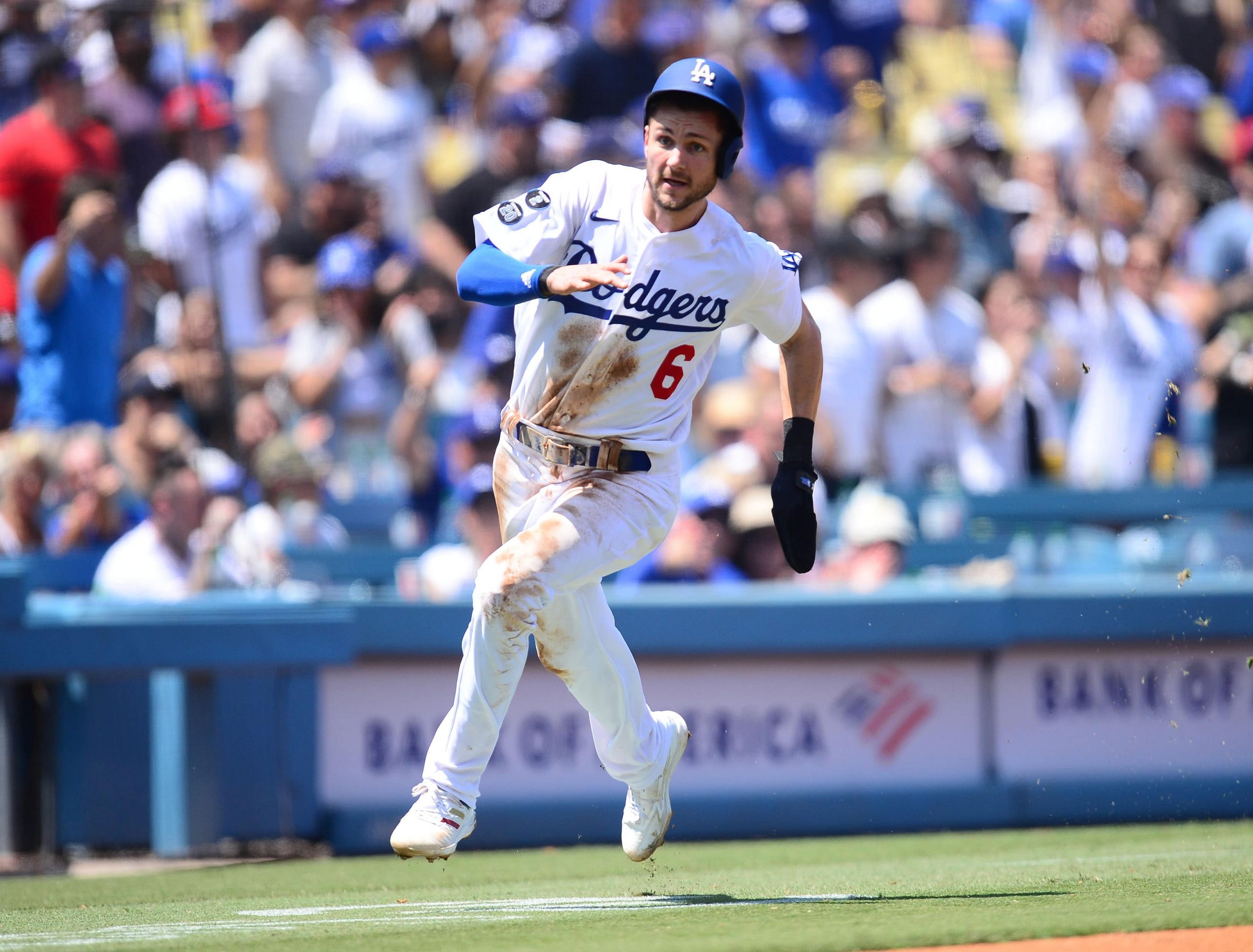 The 2022 MLB season continues this weekend, and we have another exciting slate of games on Saturday. One of the marquee matchups features the Los Angeles Dodgers and San Francisco Giants, starting at 7:15 pm ET on FOX. The Giants took the opening game of the series and are looking for another win over their rival at home.

What better way to celebrate this matchup than by betting a same game parlay? We have come up with a 3-leg parlay, which would pay out at nearly 6/1 odds with FanDuel Sportsbook. Let’s take a look at each of the legs.

LA Dodgers vs SF Giants: Start time and how to watch

The Dodgers and Giants continue their series with a start time of 7:05 pm ET on Saturday. The game is airing exclusively on FOX. Let’s get into our same game parlay for this NL West matchup.

To the surprise of nobody, Trea Turner has been Mr Consistent for the Dodgers in 2022. Night after night, the shortstop delivers at the plate, tallying 68 hits and a 130 OPS+ this season. Despite no longer hitting in the leadoff position, Turner is still a major catalyst for this Dodgers offense. And while he’s driven in 46 runs to this point, Turner is also scoring runs of his own, especially of late.

With 8 runs scored in his last 10 games, Turner is consistently getting on base and putting himself in good positions for his teammates to drive him home. After the middle of the Dodgers lineup behind Turner was quiet last night, I expect a more focused effort on Saturday. Look for speedy shortstop to wreak a little havoc on the basepaths and score at least 1 run in this one.

Honing in on correlating results is usually helpful when constructing a same game parlay. In this case, I think the Dodgers offense bouncing back will involve contributions from Gavin Lux. While he hits near the bottom of the order, Lux could be having his best season in a Dodger uniform. The infielder is hitting .291 with hits in 7 of his last 10 games, all while cutting down his strikeout rate. With 12 hits in his last 34 plate appearances, Lux has quietly been one of LA’s hottest hitters at the dish of late. Seeing as the Dodgers are the road team, he should be expected to get 4 at-bats, giving us plenty of opportunities to cash this leg. This number suggests an implied probability of 37%, but I think that’s selling Lux short. Let’s back the 2nd basemen to extend his hitting streak to 5 games.

As a rule, including legs that may not correlate with each other always increases your odds in a same game parlay. However, I don’t think Turner and Lux having success conflicts with a quiet 1st inning. The Giants offense has been very inconsistent this season, and Clayton Kershaw should be eager to start strongly in his first appearance since May 7. On the other side, Sam Long has pitched very well for the Giants this season, allowing runs in just 2 of 7 appearances. And while Long isn’t expected to go deep into the game, he should toss his sixth consecutive scoreless inning on Saturday. Look for both pitchers to start well and the scoring to come later on.