After an eventful weekend across the MLB, we have another packed slate on Monday with a number of great matchups. And what better way to celebrate a great day of baseball than by going for a big payday? We were one out away from cashing my +1142 mega parlay last night, and we’re back with another parlay with a payout of over 11/1 at DraftKings Sportsbook.

To start off this mega parlay, we have the St. Louis Cardinals on the run line. The Cardinals rebounded from a disappointing series against the Orioles by taking 2 of 3 games from the Giants, including a 15-run performance on Sunday. That effort continued the 2022 narrative of St. Louis’ resurgent offense, as the Cardinals are 6th in MLB in total offense thus far. With Nolan Arenado and Paul Goldschmidt, the Redbirds’ bats should hold an edge against Mets starter Trevor Williams. Williams primarily works out of the bullpen, and opponents are hitting over .350 against his fastball, which he throws often.

Speaking of resurgences, Miles Mikolas is absolutely dealing in 2022. Mikolas holds a 3-1 record and a 1.49 ERA to this point, which puts him near the top of the NL. Furthermore, he is in the top 10% of the league in generating soft contact. With Mikolas on the mound, St. Louis should jump out to an early lead and be in complete control heading into the later innings. Back the Cardinals to knock off New York.

The second leg of this parlay has us backing the Houston Astros on the money line. Houston is one of the better teams in baseball yet again, as the Astros have won 10 of their last 11 games. Sitting at the top of the AL West, the Astros offense is producing at a high level and their pitching has been solid. The exact opposite can be said about the Boston Red Sox, who are at the bottom of the AL East and struggling mightily.

Jake Odorizzi gets the start for Houston, and I expect him to stay hot. After a shaky first 3 starts, Odorizzi has allowed just 1 run in his last 18 innings pitched. With an in-form pitcher on the mound, the Astros shouldn’t need many runs to secure a victory. Furthermore, backing Houston to win as an underdog also works as a fade of the Red Sox. Boston is 3-7 in its last 10 games, and shouldn’t be favored against a quality opponent. At plus-money, backing the Astros adds some nice value to our parlay.

To close out this mega parlay, we have the Los Angeles Dodgers on an alternate run line. The Arizona Diamondbacks are one of the few teams to have taken a series from LA this season, but they are catching the Dodgers at the wrong time. The past week was one to forget for the Dodgers. First, LA lost a series to the Pirates, and then they had to put Clayton Kershaw on the IL. Returning home, the Dodgers lost 3 straight to the Phillies before rallying to win in walk-off fashion on Sunday. Monday’s game represents a chance to beat up on a division rival and get back on track. Against longtime foe Madison Bumgarner, the Dodgers should do just that.

With just 4 runs allowed through 27 innings and a 1.33 ERA, Tony Gonsolin has been outstanding for LA. The right-hander should see success against a weak Arizona lineup, giving his team a chance to establish dominance early at the dish. When the Dodgers do win in 2022, the margin tends to be large. In fact, Sunday was the first time LA won a game by less than 2 runs this season. At this price, I like the value in backing a motivated team to take care of business. Let’s hope the Dodgers can take us home. 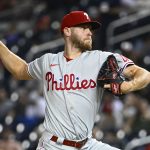