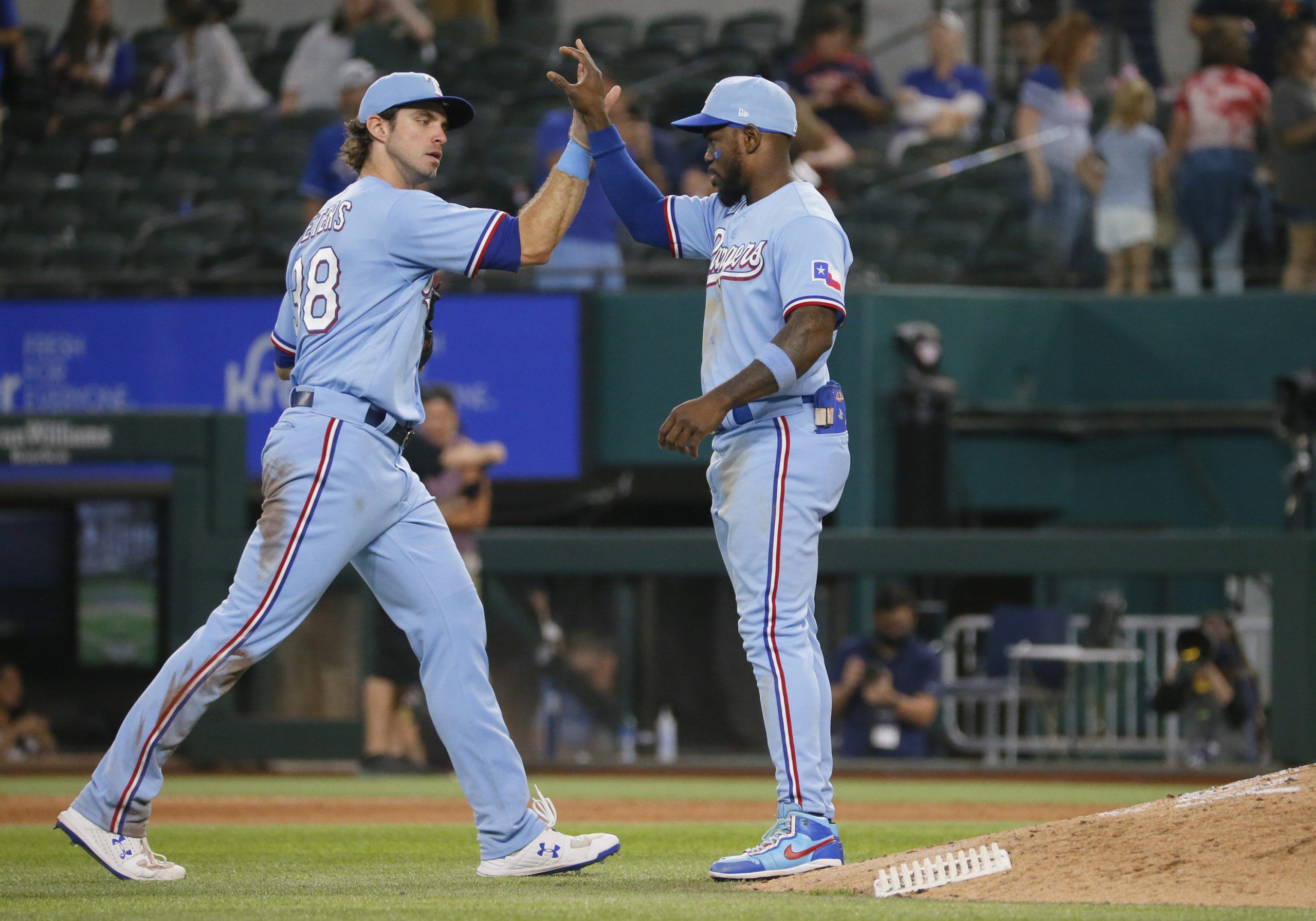 I'm an editor here at Pickswise who was raised in a household full of sports fanatics. Since I unfortunately never had LeBron James' jumping ability I wasn't able to make it to the NBA, and chose writing about sports as the next best thing. An avid sports bettor myself, I'm excited to get to write about the industry as it gets set to take off across the country. Buckle up.
Updated: 5:22 AM ET August 30, 2021

We are approaching the home stretch of the 2021 MLB season and we now know more or less where things stand. We’ve got another great slate of games this week, so why not celebrate by going for a big payday on Monday? That’s right; we’re back with another MLB mega parlay, this time a three-teamer with a payout north of 10/1, and we’re counting on the Rangers to pull an upset.

An ascending Luis Castillo against a completely washed Jon Lester? Give me the Reds on an alt run line all day long. Castillo got off to a rough start this season, but that was never going to last. He had one terrible start recently against the Indians, but other than that he’s been playing mostly lights-out since the beginning of June. In June his ERA was 1.71 and it was 2.15 in July.

He pitched against the Cardinals about a month ago, and gave up only one run in seven innings. Castillo’s ERA is also a full run and a half lower at home than on the road this year. Lester has been terrible all season, and has a 6.04 ERA in 5 starts with St. Louis since they traded for him at the deadline. The Cardinals’ last 9 games have been against the Tigers and Pirates, so this step up in competition will be a shock to their system.

There’s no reason for the Rangers to be this significant of an underdog. Texas’ offense has quietly been picking up steam, and they’re 10th in the league in OPS over the past 15 days. The Rangers have a lot of momentum entering this one, as they’re coming off a huge 13-2 win over the Astros, and the Rockies have drastic home/road splits.

Colorado has been great at Coors Field this year, but on the road they’re 17-48. I don’t see how anyone could lay -150 with them as a road favorite. Rockies starter German Marquez has a 5.31 ERA on the road this year. The Rangers will start a rookie in AJ Alexy, but Alexy has dominated the minors this season. In 65 minor-league innings he has a 1.66 ERA, and has allowed only 39 hits.

It’s hard not to want to back Julio Urias right now. In 3 of Urias’ last 4 starts, he’s given up 0 runs. Over his last 9 outings, he’s given up only 10 total earned runs. That’s ridiculous, and the Dodgers are 19-6 when he takes the mound this season. The young lefty gave up only 1 run when he faced the Braves earlier this season. Atlanta will start Drew Smyly, so we’ve got another starting pitching mismatch. The journeyman is on his fourth team in three seasons, and has been mediocre this year with a 4.54 ERA and 1.36 WHIP. He’s given up 3 earned runs in 4 of his past 5 starts, and has been giving up a lot of homers recently.