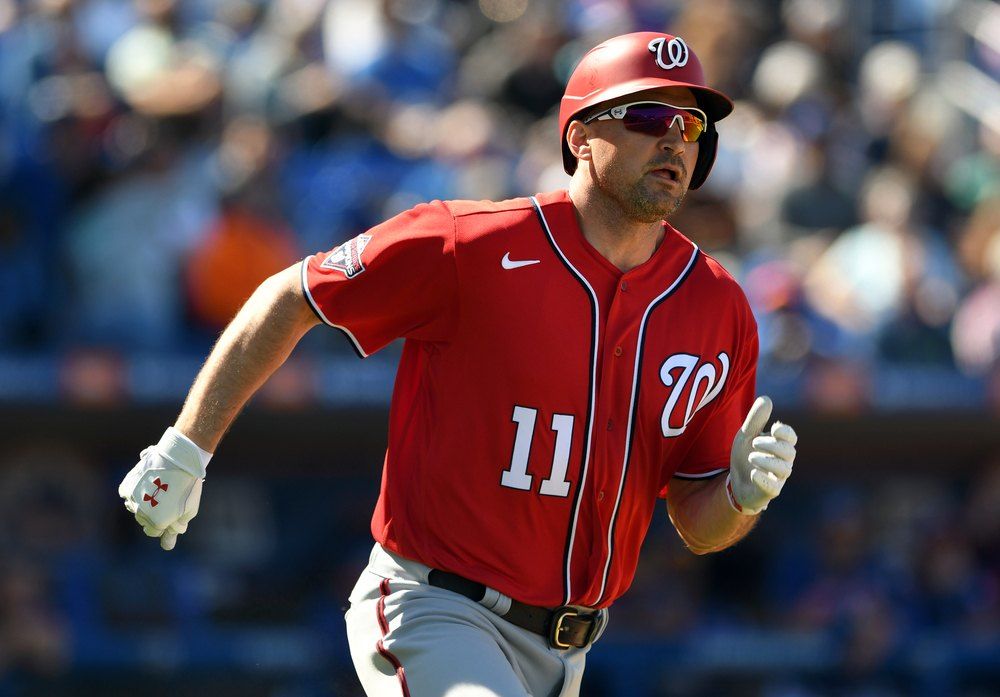 I'm an NFL handicapper here at Pickswise who was raised in a household full of sports fanatics. Since I unfortunately never had LeBron James' jumping ability I wasn't able to make it to the NBA, and chose writing about sports as the next best thing. An avid sports bettor myself, I'm excited to get to write about the industry as it gets set to take off across the country. Buckle up.
Published: 2:33 AM ET April 12, 2021

Baseball is finally back in full swing. The 2021 MLB season officially kicked off almost two weeks ago, and the action has been jam-packed. Why not celebrate the end of the beginning of a new week by going for a nice payday on Monday? That’s right, we’re back with another MLB mega parlay, this time a three-teamer with a payout just north of 15/1 where we’re counting on the Nationals to turn things around. After cashing our mega parlay last Tuesday at nearly 17/1 odds and coming close on a couple others, we’re looking for another success here.

To kick this mega parlay off, we’re going with the Mariners on the run line. Seattle has been really solid the past handful of games, but this is more a fade of the Orioles than anything else for me. It looks like Baltimore is once again going to be a complete doormat in 2021, as they’ve now gone 1-5 in their past six games. They gave up at least six runs in each of those five losses, and they don’t have the kind of offense needed to support this terrible pitching staff. Baltimore will start Dean Kremer here, who gave up nine baserunners and three runs before getting yanked after just three innings in his first outing. Seattle has won three of their past four, and those games were against the Twins and White Sox.

Be sure to check out our full game preview for Seattle Mariners vs Baltimore Orioles.

Now is a good time to buy-low on the Nationals. Sure they just got swept by the Dodgers, but the Dodgers look like an unbeatable super team at this point. Now that perception is at rock bottom of this 1-5 Washington team, we pounce. Nats starter Erick Fedde got roughed up in his first 2021 outing, so we’re buying low on him as well. He got shellacked by the Braves, but Atlanta has one of the toughest lineups out there, and he showed some promise in 2020. It’s not Washington’s fault that all of their games so far have come against the Braves and Dodgers, arguably the two best teams in the National League. The Cardinals just lost back to back games to Milwaukee by at least four runs and will start the hardly intimidating John Gant here, so I’m not at all hesitant about fading them.

Be sure to check out our full game preview for Washington Nationals vs. St. Louis Cardinals.

I think the Reds’ hot start was clearly fraudulent, and now that they’ve started to crumble I don’t see that reversing itself on Monday. They came out of the gates on fire, but that was mostly just due to a bunch of no-name players overachieving. Cincy lost their last two games to Arizona by a combined score of 15-3, which has me pretty comfortable with fading them on the run line here. Aaron Sanchez will start for the Giants here, and he threw five innings of one-run ball in his 2021 debut last week. That was against a tough San Diego lineup, so I don’t see him falling off dramatically here. The Giants have won four games in a row, and their bullpen has been lights out. They aren’t nearly as bad as many think.

Be sure to check out our full game preview for Cincinnati Reds vs. San Francisco Giants.