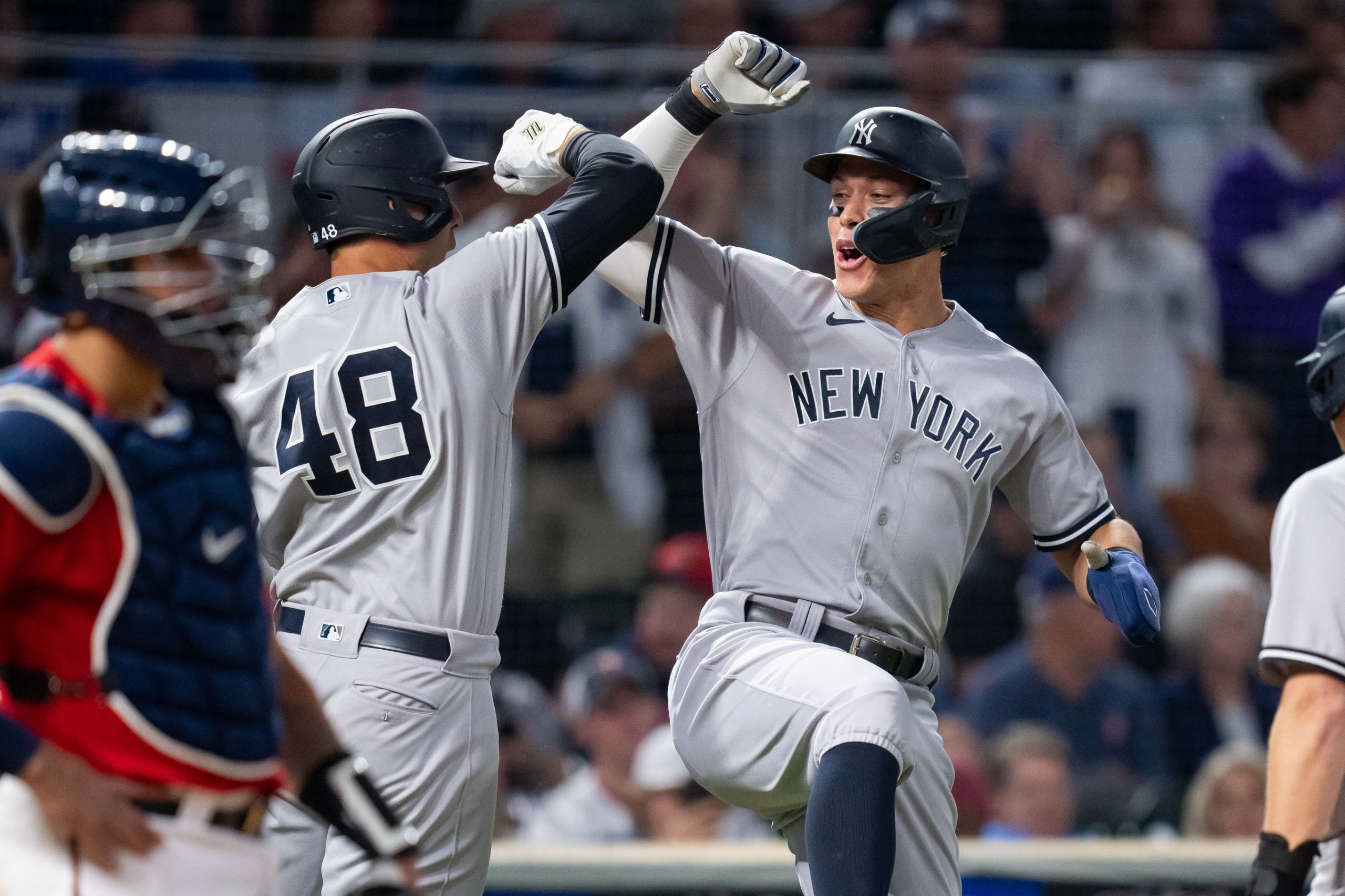 Despite the Yankees being the first team to 40 wins on the season, they had a rare let down game in Minnesota on Wednesday night. However, they opened the series with a dominating win and still have an opportunity to win the series. With the division rival Red Sox on a 7-game winning streak, New York cannot let down their guard. Along with this same game parlay, be sure to check out our thoughts on the side and total for all of today’s games.

With the MLB being such a long season, it is important not to become prisoners of the moment after just 1 game. The final score of last night’s game does not look pretty, but the Yankees were the ones who dominated in the series opener with a 10-4 win. They’re still the only team with 40 wins on the year, and have the perfect balance of pitching and hitting to remain consistent. Thursday’s matchup looks set to have the Yankees finish the series with a win before heading back to New York.

The matchup always looks appealing with Gerrit Cole on the mound who has been pitching incredibly recently. He had a perfect game going into the late innings in his last start, and should help New York bounce back from Nestor Cortes’ rare poor start last night. Obviously a perfect game can never be an expectation, but he should have no issues outperforming Minnesota’s Dylan Bundy. Not only did the Diamondbacks just hit well against him, the Yankees have the 2nd-best OPS lineup in the league. They may have had a rare slow night on Wednesday, but they can never be counted out. New York still has the league’s 5th-lowest bullpen ERA as well. Cole should provide them with some rest by pitching deep into the game, and they should help secure the comfortable win.

Just as Cole should allow the relievers to rest their arms, he should dominate the first half of this game. His last start was a perfect game beyond the first 5 innings, and ultimately ended with a 13-0 win. He’s a primary factor for the Yankees being the 2nd-most profitable team for the first 5-inning money line. There should be no issues with him pitching throughout the entirety of the first half of the game either. He’s gone at least 6.0 innings in each of his last 8 starts. Not only are his numbers impressive, his expected numbers are even better. He’s a top-5 pitcher in terms of expected ERA and swing-and-miss rate, and has the 7th-best strikeout percentage. With a dominant ace leading the way, the Yankees should have no issues producing the runs needed to support his start. Back New York to lead after 5 innings, and finish off the victory.

Just as Cole should shut down the Twins to secure at least the first half of the game, Judge should produce the runs. It may not be the most unique leg for the parlay, but winning is even more fun. Anytime Judge has an off night, which is rare, he goes on to prove that there is no slump coming. That should be obvious at this point as he still leads the league with 22 home runs, 5 more than any other hitter. Those bombs have helped him secure the 2nd-overall spot for total bases with 139. Last night’s underperformance should not be a concern, as Judge recorded 5 bases in the series opener. He’ll be hitting against Dylan Bundy, who he historically smashes. Judge has a 1.123 OPS against him, along with 3 home runs. Expect a big bounce back game from the home run king.