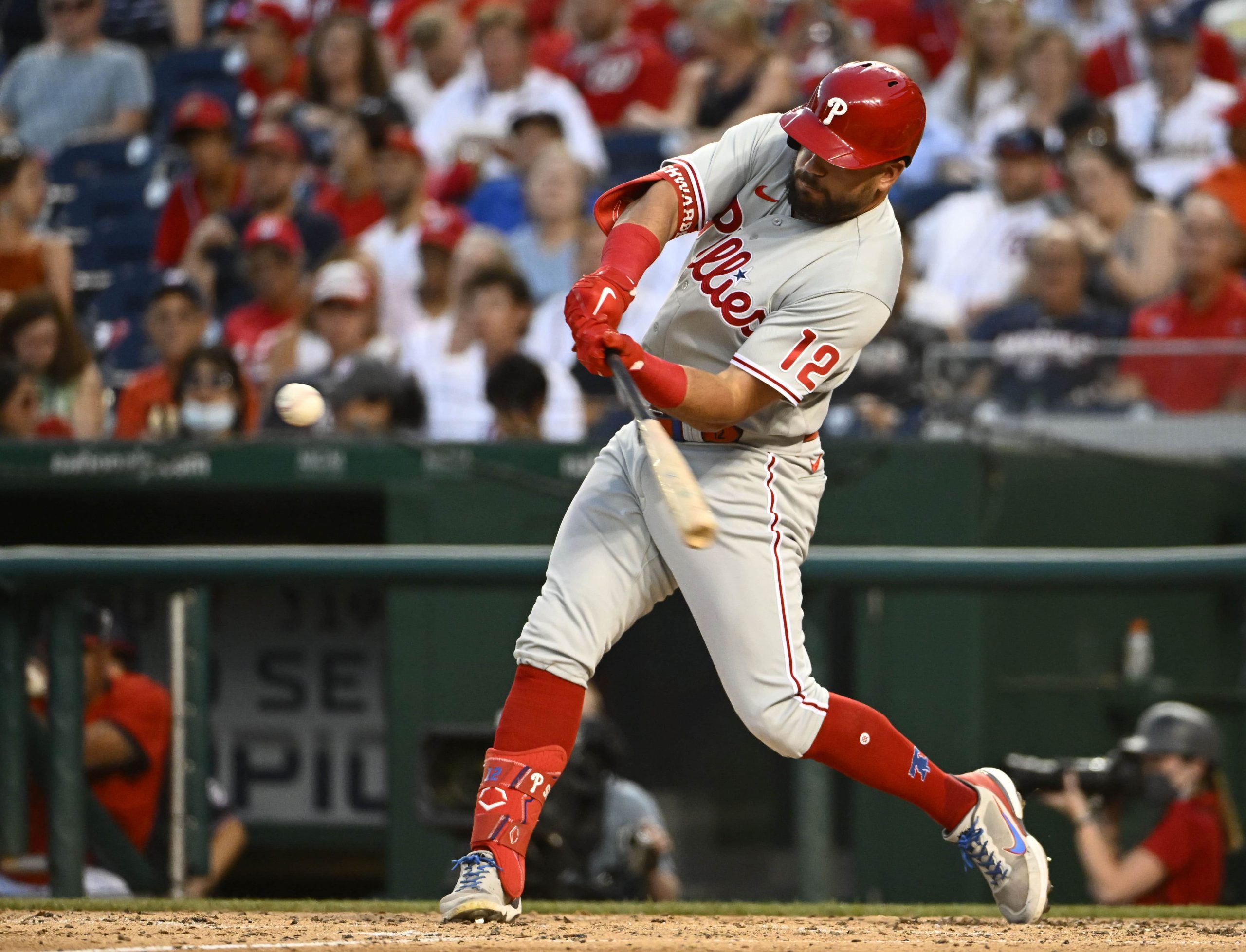 After the Phillies had their 9-game winning streak snapped, they quickly bounced back and have now won 6 of their last 7 games. That’s primarily been at the cost of the Nationals, as this game caps off a long 5-game series. Philly recently had a primetime Sunday night baseball game, and now has the premier early Peacock game. With so much familiarity between these teams, there are plenty of ways to attack this series finale.

Despite yesterday’s outlier of a low-scoring game, the total for today’s game remains unchanged at 9.5 runs. It’s never profitable to become a prisoner of the moment, and oddsmakers know that. Sunday looks set to be another high-scoring game similar to how this series started, specifically with the Phillies lighting up the scoreboard. Their 329 runs are the 3rd most in the league. Similarly, the Nationals have allowed the most runs this season with 395 — 34 more than the Rockies, 1 spot behind them. That’s substantially more than a Colorado team that calls Coors Field home. Nationals Park ranks in the top 10 for both extra-base hits and run production. While both teams can utilize those factors, this is about the Phillies taking advantage of Nationals starter Jackson Tetreault. He just made his major-league debut 5 days ago and allowed 7 runs on 9 hits in only 4.0 innings. It wasn’t an ideal first career start facing the Braves, but the Phillies’ lineup is just as unforgiving. They have already had no issues clearing this number twice already in this series, with team totals of 8 and 10 runs. Given that Washington also has the league’s 5th-worst bullpen, expect Philly to rack up the runs on Sunday.

Be sure to check out our full game preview for the Philadelphia Phillies vs Washington Nationals (features a 3-star best bet!)

One of the stud hitters in the potent Phillies lineup is Kyle Schwarber. He has been fantastic in the leadoff spot for guys like Bryce Harper and Rhys Hoskins to increase their numbers, as well. Schwarber has been more than just power this season, with 11 doubles to go along with his 18 home runs. Of course this play is primarily about the matchup against such an inexperienced starter on the mound. Most of the Phillies’ hitters are in a great spot for this prop, but guys like Harper are priced at around -150. He also missed yesterday’s game with a blister on his hand, so we’re going with the guy without any issues and providing better value. Schwarber has 115 total bases this season, only behind Harper and Hoskins on the team. With today’s matchup, he could cash in this prop on the first pitch of the entire MLB day.

Adding in a hitter from the opposing team from our team total exponentially increases the payout. However, we are not doing so just for the sake of it. Juan Soto is still an incredible hitter and this is all about the specific matchup. Not only does he already have 12 doubles and 13 home runs this season, he also has a great history against Phillies starter Zach Eflin. Soto is 10-for-21 against Eflin with 3 extra-base hits — including a home run. That’s good for a .714 slugging percentage, the most important average for this prop. It implies how many total bases per at bat, and such a high number illustrates efficiency in that respect. Even if he doesn’t continue his hot streak against Eflin, the Phillies’ bullpen isn’t overly impressive. With this being the finale of a long 5-game series, there are plenty of fatigued arms for Soto to hit.