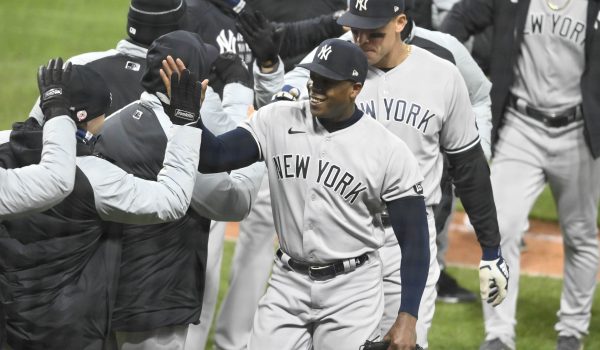 The MLB season is officially in full swing, and it’s that special time of year when every team’s dreams are still alive. We’ve got a nice big slate on Tuesday, and one of the best games is this AL heavyweight clash between the Houston Astros and New York Yankees. It should be a great one, broadcasted wide by ESPN.

What better way to celebrate this nationally televised game than by betting a same game parlay? We’ve also got thoughts on the side and total, which you can find out in our full game preview.

Keeping things simple with a two-leg parlay here, one which pays out north of 12/1 with FanDuel Sportsbook. We get a huge odds boost by combining a big Yankees win with a big game from Gurriel, when I don’t think it conflicts at all. Let me explain:

The Yankees got off to a very slow start, which created some serious value in their market. Perception of them cratered, and oddsmakers have been slow to catch up now that they’ve woken up. New York has been on fire over the past week or so, and they’ve won five of their past six. Each of those five wins came by multiple runs. They’ve got a very high ceiling, which is what you need to look for when betting an alternate run line.

Their bullpen has also been really good, and they’ve pitched three shutouts in their last five games. Zack Greinke will start for Houston here, and he certainly hasn’t been dominant. Last time out, he got tagged for four earned runs in four innings against the Mariners. In his start before that, he gave up 10 hits to the Angels. Keep riding the momentum with the Yankees.

This doesn’t conflict much, since I’m expecting a big game from the Yankees’ offense. As such, we can afford a little bit of success from the Astros’ lineup. If anyone is going to have that success, it’s likely to be Gurriel. He has a promising (if brief) history against Yankees starter Domingo German, going 4/6 with a home run in his career against him.

Gurriel has been hot overall this season, hitting .327 through 27 games. He’s gotten multiple hits in four of his last nine games overall. The Astros are just 4-4 the last eight times Gurriel has recorded multiple hits, so there’s clearly not a strong correlation between his success and Houston’s like FanDuel seems to think. All we need is a high scoring game for this to cash, so getting north of 12/1 is too good to pass up.