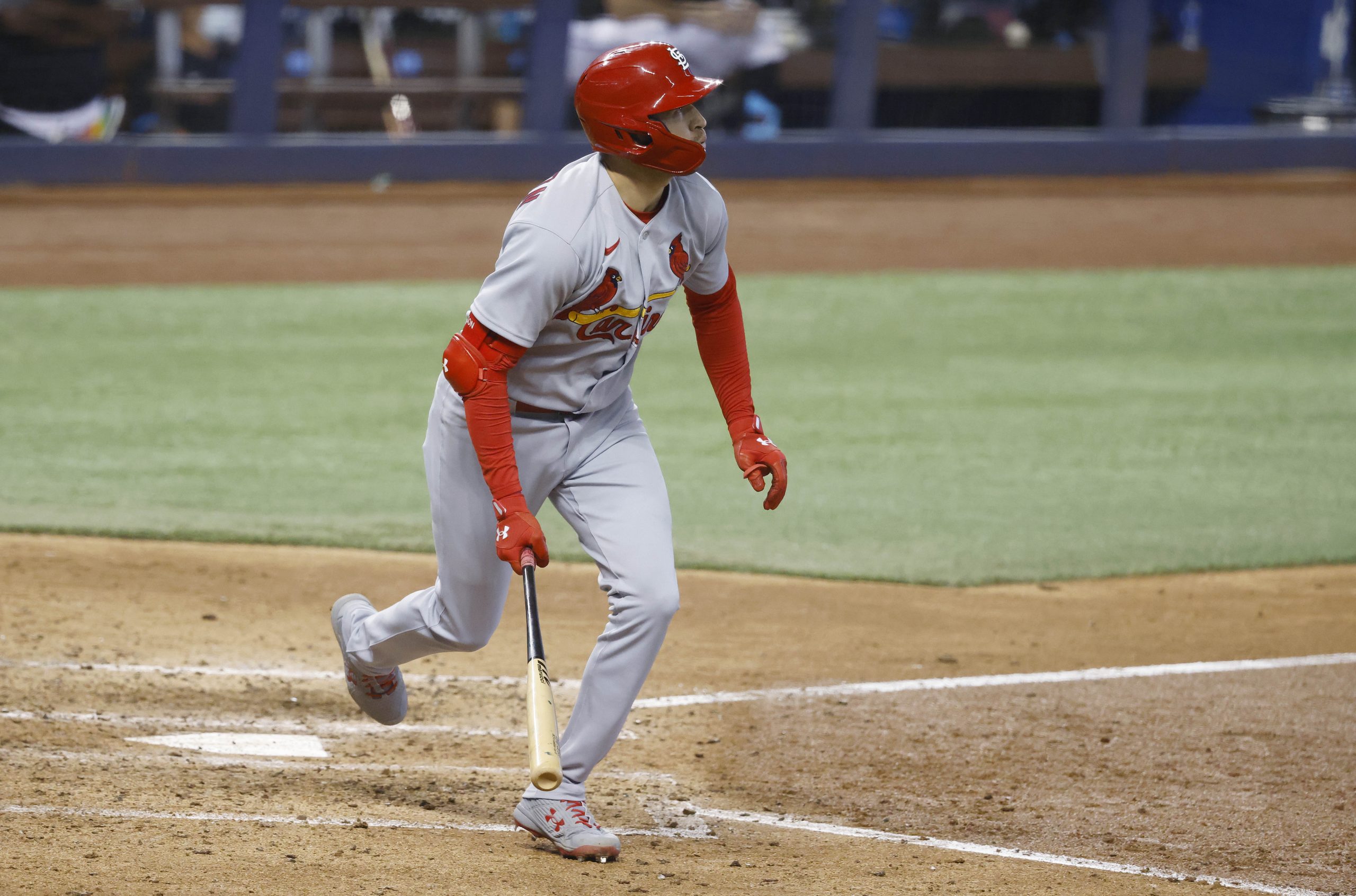 The MLB season is officially in full swing, and it’s been long enough for us to more or less know where things stand. We’ve got a nice big slate on Saturday, and one of the best games is this National League clash between the St. Louis Cardinals and San Diego Padres. It should be a great one, broadcasted wide by FS1.

We just cashed an MLB same game parlay at +1253 odds following a similar format last week, let’s do it again on Saturday. What better way to celebrate this nationally televised game than by betting a same game parlay? We’ve also got thoughts on the side and total, which you can find out in our full game preview.

Keeping things simple with another two-leg parlay here, one which pays out just north of 10/1 with FanDuel Sportsbook. Let’s break it down:

The Cardinals are slight underdogs here, but I think they’ve got a big edge. St. Louis starter Adam Wainwright is coming off an outing where he threw eight shutout innings against the Rockies. What we’re looking for when betting an alternate run line is upside, and he’s shown he still has a lot of it. Three starts ago against the Phillies, he threw a complete game. In his start before that, he threw seven innings of one-run ball. Against a San Diego lineup that’s missing Fernando Tatis Jr., he should do just fine.

The Padres will start Chris Paddack, who has seen a sharp decline since his rookie season. Paddack had a 4.73 ERA last year, and it’s 4.78 through six starts in 2021. He has a 1.41 WHIP to go with it. Also, the Padres have scored one or zero runs in three of his six outings. Even in his best starts Paddack has been shaky, and he’s yet to pitch deeper than 5 and 1/3 innings into a game. The Cardinals will get to him early here.

Arenado is being underestimated here, and this play correlates strongly with the Cardinals winning big. Arenado enters this one on fire, having recorded three hits in each of his last two games, including the opener of this series. He’s put up multiple hits in six of his past 14 games, so getting +300 presents some blind value. When you dig deeper, it gets even better.

The Cardinals are 9-2 in the 11 games Arenado has recorded multiple hits in this season. Clearly, there’s a strong correlation. Even better, eight of those wins have come by at least three runs, what we need for the first leg of this parlay. The matchup is also appealing since Paddack has been giving up a ton of hits. Arenado is 4/6 with a double and home run in his career against Paddack, so everything is shaping up nicely.