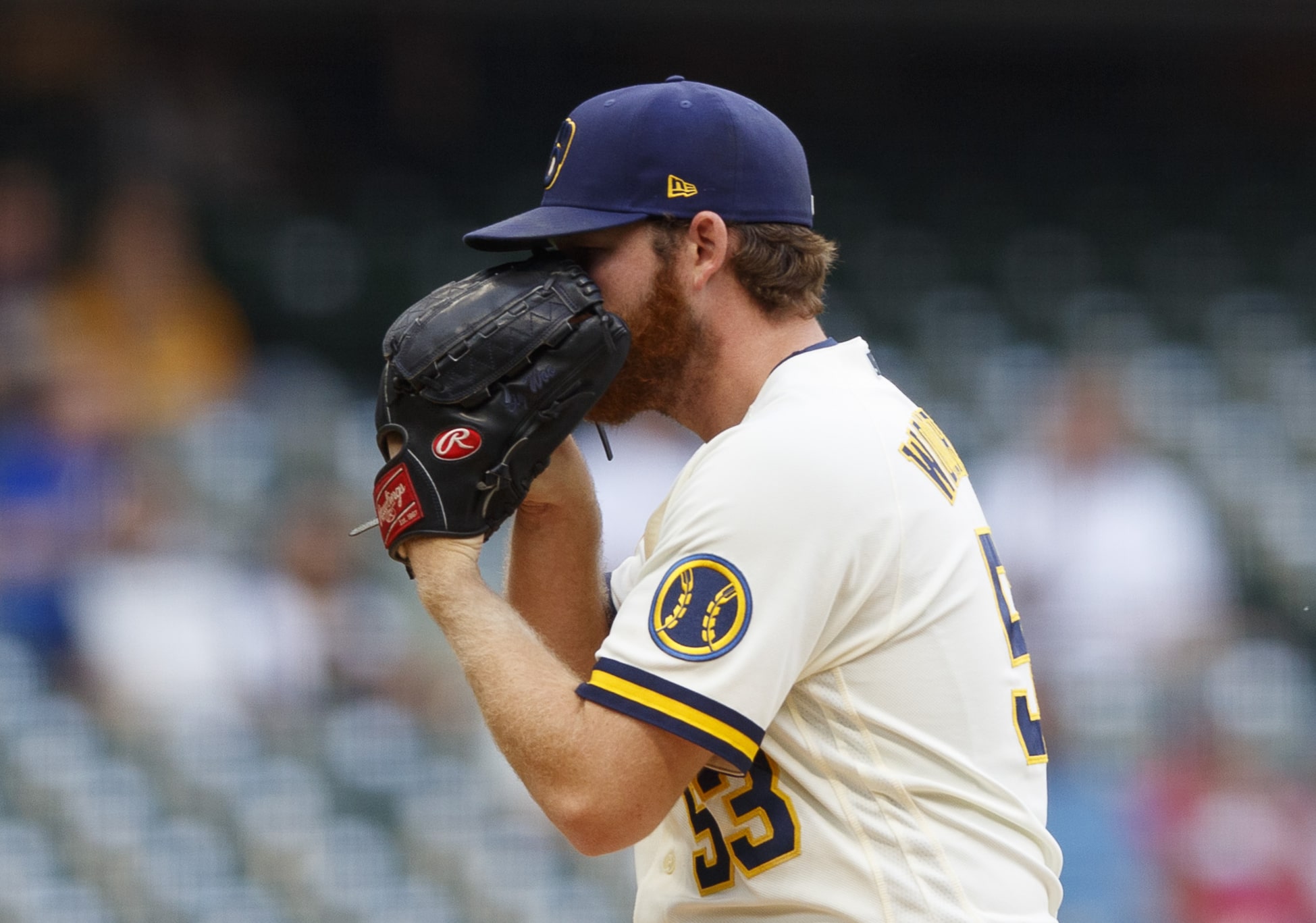 Yesterday I hit a same game parlay at +655 odds for the Red Sox vs Rays game. It was awesome. We’re aiming for another victory today with a same game parlay for Game 2 between the Atlanta Braves and Milwaukee Brewers. Along with this article, be sure to check out our full game previews for both games today. You can also follow me on Twitter to get any added plays throughout the weekend.

This parlay is paying out north of 12/1 odds on FanDuel Sportsbook.  Let’s break down each leg one by one.

Home teams are 7-1 so far in the MLB postseason. In Game 2 of this series, Milwaukee co-ace Brandon Woodruff (9-10, 2.56 ERA, 3.05 xFIP) gets the ball opposite Max Fried (14-7, 3.04 ERA, 3.45 xFIP) for Atlanta. While Woodruff and Fried have the ability to neutralize each other on the mound, Milwaukee is the recommended side to take Game 2. Atlanta’s biggest weakness is their bullpen and unless the Braves build a multi-run lead off Woodruff in the early innings, it’s likely their relief arms will surrender crucial runs in the later innings. Milwaukee’s advantage in the bullpen may very well be the difference in this one.

In his last 2 games, Kolten Wong is 0-for-8. That means he is due. Now with a game under his belt in the 2021 postseason, Wong will be looking for a better day. It is only a matter of time before he gets back on track. That could happen tonight (let’s hope it does). Wong hits lefties at a solid .297 clip on the year, and he faces the left-handed Fried in this one. He is also comfortable in his own ballpark, as he posted a .271 average at American Family Field in the regular season. In addition, he hits at the top of the order so we know he is going to get his chances. The Brewers managed just 5 hits in last night’s game, but Wong is more than capable of jump-starting the offense tonight.

Like Milwaukee, offense was hard to come by for Atlanta in Game 1. The Braves managed just 4 hits, but Austin Riley had one of them. The Atlanta cleanup hitter ended the regular season on a tear. He posted a .305 batting average and 1.082 OPS in July, a .364 batting average and .974 OPS in August, and a .299 batting average and .851 OPS in September. What really makes this leg appealing is Riley’s success on the road this season. The 24-year-old third baseman posted a strong .319 batting average, .579 slugging percentage, and .968 OPS on the road this season. It’s hard for the Atlanta offense to be as non-existent as they were in last night’s game, and if things are going to open up a bit, there is a good chance Riley is involved.

Be sure to check out our full game preview for Atlanta Braves vs Milwaukee Brewers.