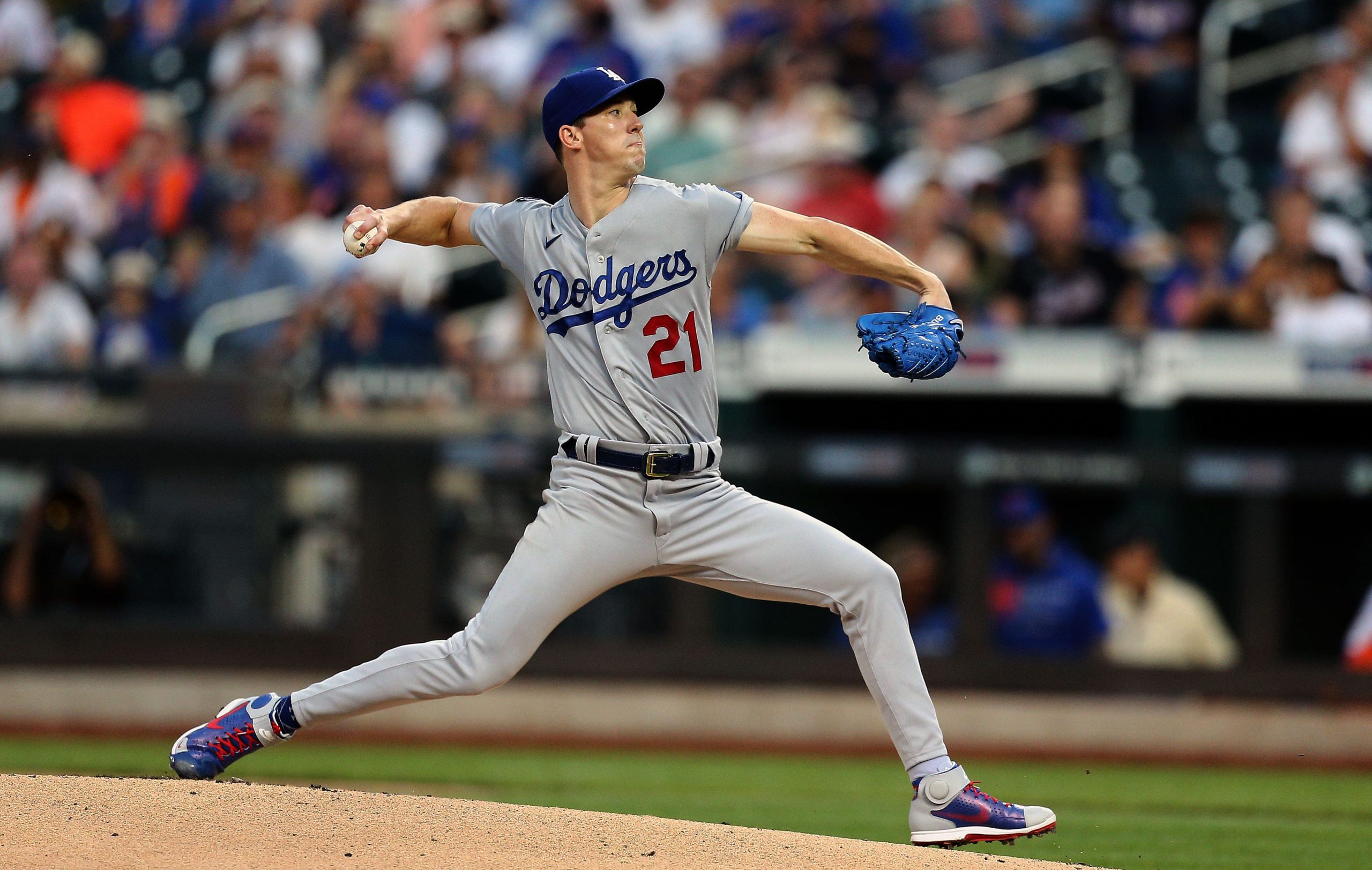 This should be a fun series. Game 1 of the NLDS between the Los Angeles Dodgers and San Francisco Giants begins tonight at 9:37 p.m. ET on TBS. It’s only natural that we bet on it. Even better, a same game parlay gives us the potential for a larger payout. I have a 3-leg parlay in mind for this matchup that I will share now.

This parlay is paying out north of 7/1 odds on FanDuel Sportsbook. Let’s break down each leg one by one.

Walker Buehler recorded just 18 strikeouts in 26.2 innings over 5 September starts. Those are strikeout numbers we are not used to seeing from the Los Angeles right-hander, but he got back on track in his last start of the regular season against the Brewers. In that outing, Buehler struck out 11 Milwaukee hitters over 5.0 innings of work. He is often around the strike zone, evident by his 6.4% walk-rate. The Giants will be a tough opponent, but they are prone to striking out.  Only 8 teams struck out more than San Francisco over the course of the regular season. Buehler is also no stranger to the postseason. In the 202o playoffs, he reached 7+ strikeouts in 4 of his 5 starts, and tallied 39 punch-outs in 25.0 innings.  The big stage shouldn’t faze him.

At first pitch tonight, the temperature at Oracle Park is forecasted to be in the mid-50s with unsurprisingly high humidity. Oracle Park is one of the most pitcher-friendly venues in Major League Baseball and should be even more pitcher-friendly as the weather gets colder in October.  Factor in that both of these offenses are missing arguably their best hitter from the regular season, Max Muncy and Brandon Belt, and two elite starting pitchers have an even better opportunity to keep this game relatively low-scoring. In addition, both of these relief units rank in the top 8 in bullpen FIP since the beginning of September. Expect runs to be hard to come by.

Trea Turner has all of the appealing aspects when looking for a multi-hit candidate in a playoff game. He’s seeing the ball well, he hits at the top of the order, his speed makes the infield hit a threat, and he has postseason experience and won’t be fazed by the big stage. It also helps that he is absolutely on fire. Turner ended the year on a career-best 19-game hitting streak, and he kept things rolling in the Wild-Card game against the Cardinals with 2 more hits. He is swinging the bat with a ton of confidence, and the value at +170 is hard to pass up.
Be sure to check out our full game preview for Los Angeles Dodgers vs San Francisco Giants.
Pickswise is the home of free MLB Picks and Predictions. Check out the latest MLB Prop Bets and MLB Parlays as well as our MLB Best Bets from the experts.