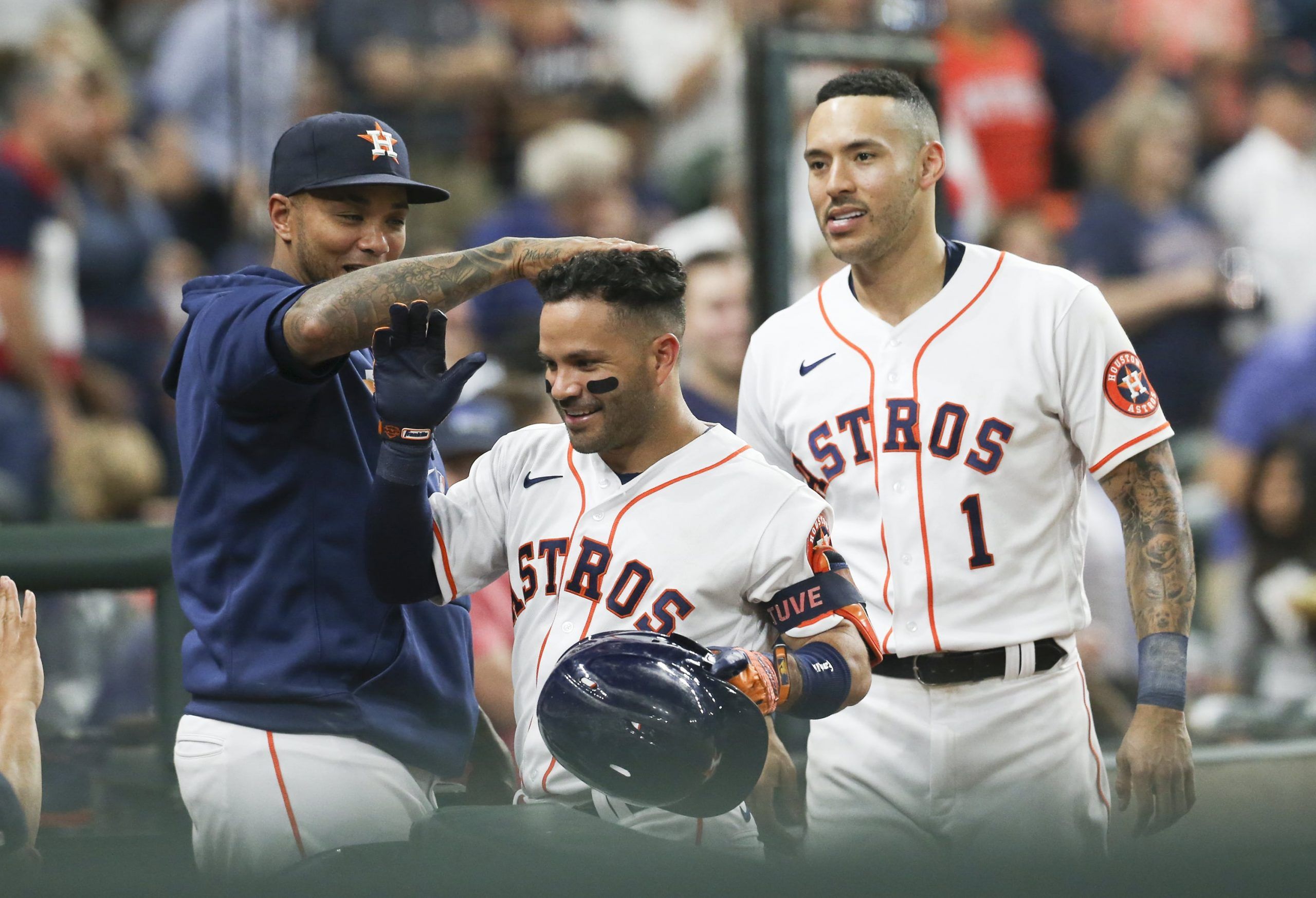 I'm an editor here at Pickswise who was raised in a household full of sports fanatics. Since I unfortunately never had LeBron James' jumping ability I wasn't able to make it to the NBA, and chose writing about sports as the next best thing. An avid sports bettor myself, I'm excited to get to write about the industry as it gets set to take off across the country. Buckle up.
Published: 14:09 PM ET July 03, 2021

The MLB season is officially in full swing, and it’s been long enough for us to more or less know where things stand. We have a nice big slate on Saturday, and we’ve got a fun AL matchup here as the Cleveland Indians host the Houston Astros. It should be a great one, broadcasted wide by FOX.

What better way to celebrate the weekend and this nationally televised game than by betting a same game parlay? We’ve also got thoughts on the side and total, which you can find out in our full game preview.

I just cashed my second-most recent MLB SGP on Sunday at 10/1, and cashed a couple tries before that last week at 10/1 as well, let’s do it again on Saturday!

We’ve got a three-leg parlay here, one which pays out just north of 12/1 with FanDuel Sportsbook. Let’s break it down:

The Astros have had the best offense in the league pretty much all season long. They randomly hit a rough patch against the Tigers and Orioles of all teams this past week, but even with those games included are still 23-9 in their last 32. They’ve won each of the first two games of this series, each by at least three runs. Houston has by far the best run differential in MLB, so they’re exactly the kind of team you want to back on the run line.

The Indians on the other hand are exactly the kind of team you want to fade on the run line. Their offense has limited upside, and they rank 21st in OPS. The Astros are unsurprisingly in first in that category. Injuries have besieged Cleveland’s pitching staff, meaning they’ll be sending rookie Eli Morgan to the mound here. Sending out a guy for the fifth start of his career against the best lineup in the majors is a tough ask. He also has a 9.37 ERA in his first four big league outings. Houston should roll here.

Even though the Astros will likely get to Morgan to some degree, oddsmakers are greatly underestimating his strikeout capability. Despite getting hit hard, he’s still gotten to five strikeouts in two of his past three starts. In the only one he didn’t, he struck out four. He has 18 strikeouts in just 13 and 2/3 innings across those starts. He just racked up five punch-outs while only pitching 3 and 2/3 innings against Baltimore recently, so we really don’t need him to go deep or pitch well to cash this. He just had nine strikeouts against the Cubs, so getting +210 here is very appealing.

To wrap this same game parlay up, we’ve got the over on Astros starter Odorizzi. So far this year Odorizzi has been a better than strikeout an inning guy. He only made a few starts last year but in his last full season in 2020, he had 178 strikeouts in only 159 innings. Against a weak-hitting lineup like Cleveland’s, we should only need five innings from him to get there. He’s starting to pitch a lot better after a rough start, giving up only four total hits and no runs over his last three starts.