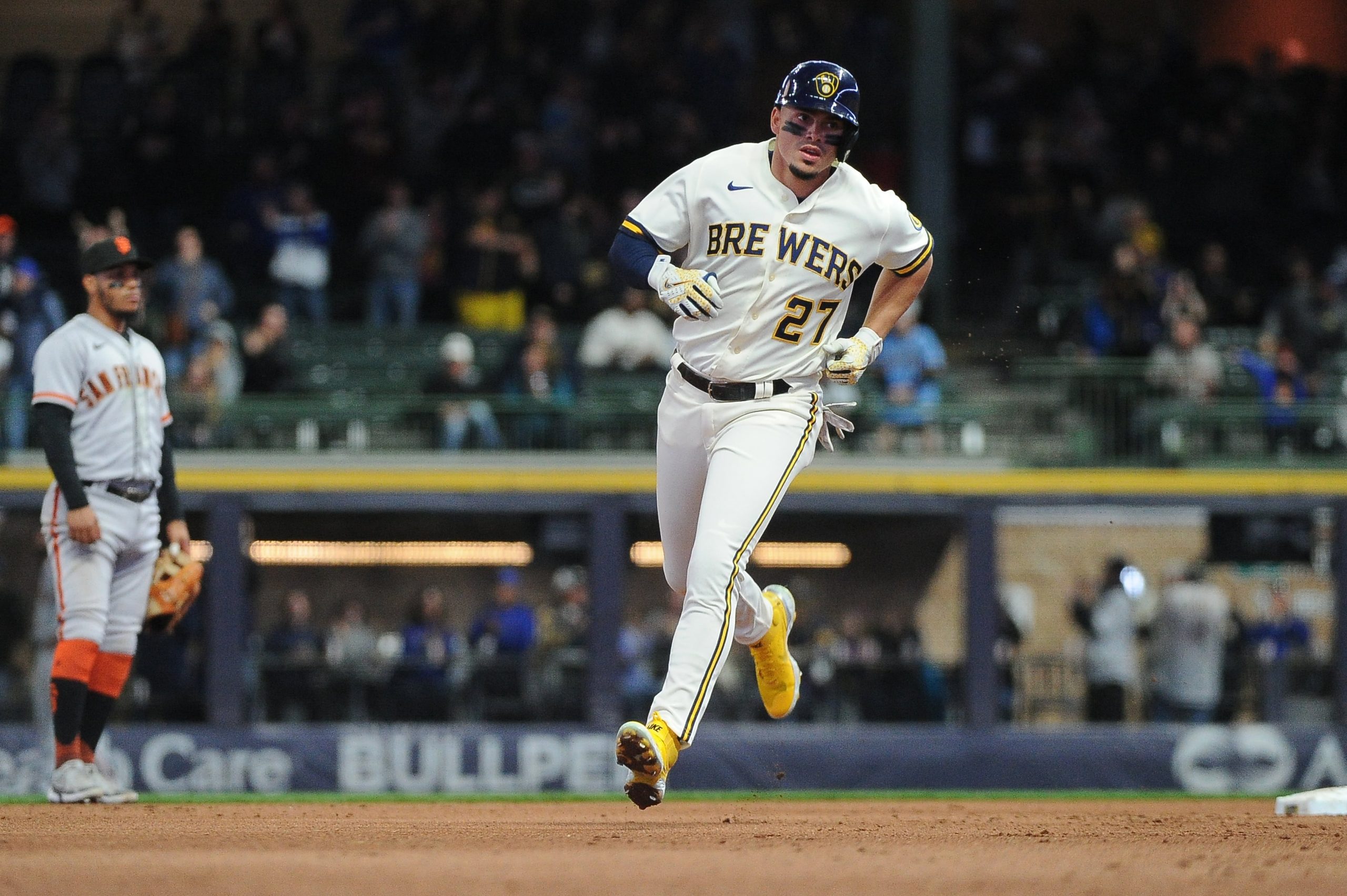 It’s been a jam-packed weekend in the MLB, and we have another loaded slate on Sunday with a number of great matchups. And what better way to celebrate a full day of baseball than by going for a big payday? That’s right, we’re back with another mega parlay with a payout of over 11/1 at DraftKings Sportsbook.

To start off this mega parlay, we have the Milwaukee Brewers on an alternate run line. The Brewers have hit their stride, winning 8 of their last 11 games on their way to a comfortable lead in the NL Central. On the other side, the opposite can be said of the Washington Nationals, who are 13-28 at the bottom of the NL East. The Nats have talent at the plate, but their lineup has not been producing through the first 6 weeks. On the mound, Washington is hapless, a stark contrast to the Brewers’ excellent starting pitching.

Freddy Peralta will get the call for Milwaukee, and he’s been surging. After a poor start to the campaign, Peralta’s ERA is down to 3.53 and he struck out 10 batters in his last outing. The Brewers starter should have no trouble shutting down a weak Nats lineup. At the dish, the Brewers should be delighted to see Aaron Sanchez take the mound for Washington. Sanchez has struggled mightily this season, especially away from Nationals Park. Milwaukee is 14-5 at home this season, and a much better team at the plate in Miller Park. This one could get ugly.

The second leg of this parlay has us backing the Boston Red Sox on the run line. It’s taken a while but Boston’s offense is finally finding its rhythm. Earlier this week it was Trevor Story heating up, and Saturday saw the continued excellence of Xander Bogaerts and Rafael Devers at the plate. While they have a challenge against Seattle starter Logan Gilbert, the young Mariners pitcher has yet to face a lineup like this. Runs could be on the docket for the hosts in Fenway Park. Furthermore, Nathan Eovaldi has stated publicly that he’s eager to redeem himself after an abysmal start in his last outing. Just a few days removed from giving up 9 runs, Eovaldi should be locked in and focused on setting down Seattle hitters. Back the Red Sox to inch closer to .500 at home.

To finish off this mega parlay, we have the Arizona Diamondbacks on the money line. Simply put, the wrong team is favored in this contest. The Diamondbacks have played very well against the Cubs this season, and have exceeded expectations in general. While Arizona isn’t a playoff team, the Snakes have displayed that they’re rarely out of a game, coming back from 4 runs down to knock off Chicago in extra innings on Saturday. It was a brutal loss for the Cubs, who continue to struggle in all phases of the game.

Things won’t get any easier for Chicago today, as Arizona will have Merill Kelly on the hill. Outside of his most recent start against the Dodgers, Kelly has been excellent in 2022, allowing just 16 runs in 8 starts. Kelly actually held a 1.71 ERA prior to that start, and was dominant against the likes of the Astros and Padres. Lucky for Kelly, the Cubs lineup is far from a juggernaut like Los Angeles. Expect the Diamondbacks to start fast against Wade Miley, and for Kelly to bounce back against weaker competition.