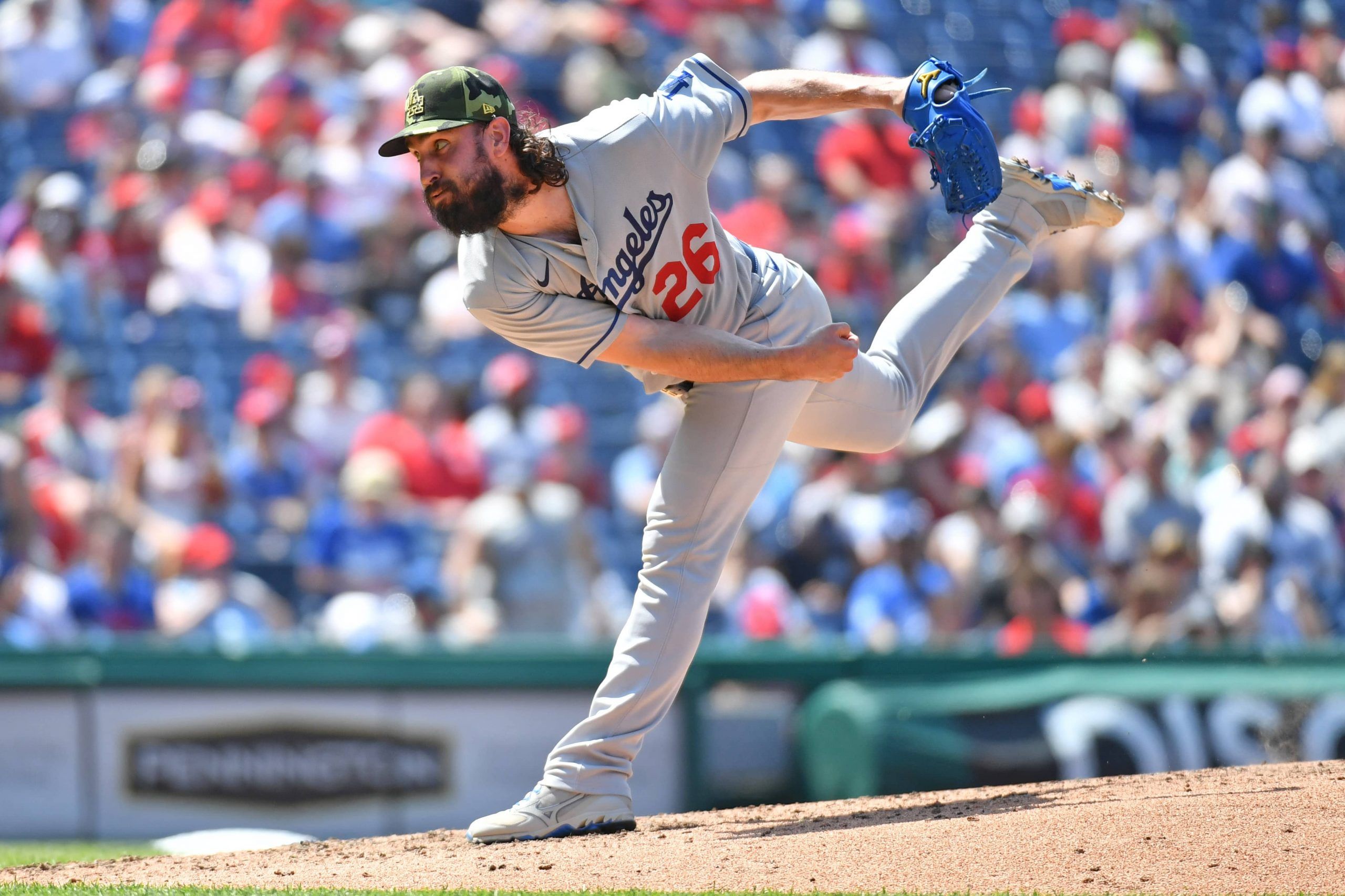 Following a busy Saturday slate, the MLB weekend concludes on Sunday with a number of intriguing matchups. And what better way to celebrate a full slate of baseball than by going for a big payday? That’s right, we’re back with another mega parlay with a payout of over 10/1 at DraftKings Sportsbook.

To start off this mega parlay, we have the Dodgers on the run line in the first 5 innings. While the Dodgers haven’t been perfect of late, it’s tough to fade LA with Tony Gonsolin on the mound. Gonsolin has been outstanding in 2022, posting an ERA of 1.58 through his first 13 outings. Furthermore, Gonsolin has yet to surrender more than 2 runs in his last 11 starts, while throwing for 60 innings in that span. When he pitches, the Dodgers tend to lead through the first 5 innings, and I expect that to be the case on Sunday.

The Braves will counter with Spencer Strider, who is coming off his worst of the season in his last outing. The right-hander has pitched well in general, but he usually doesn’t throw many innings. He has built up a lot of success against mediocre offenses, and while the Dodgers lineup won’t be fully healthy for this one I think they have enough to scratch off a couple early runs. Avoid the bullpens and stick with the first 5 innings.

If you haven’t been watching the Orioles, you have been missing out on a surprisingly fun team. Baltimore has won 7 of its last 10 games, with its only 3 losses coming by a combined 5 runs. The O’s will be going for the sweep of the reeling White Sox on Sunday, and it’s hard to ignore the Orioles at this price. Yes, Dylan Cease is on the mound for Chicago and he has been the White Sox best pitcher by far. However, his team is flat out not getting it done at the plate, scoring just 3 runs through 27 innings in this series.

The White Sox can’t hit at the moment, and no amount of brilliance on the hill from their starter can change that. Baltimore has more extra-base hits than Chicago this season, so as long as the Orioles get a decent start from Jordan Lyles they will be in the game in the late innings against an underperforming White Sox bullpen. I can’t turn down the Orioles at this price, especially considering how well they are playing at the moment.

Check out our full game preview for Orioles vs White Sox

To round out this mega parlay, we have the Red Sox on the money line. Even as Boston’s hated rivals lead the AL East, the Red Sox are on a tear themselves — winning 9 of 11 en route to putting themselves firmly in the playoff picture. Boston’s offense is clicking at the level it was at last postseason, tallying at least 5 runs in 10 of its last 13 games. Opposing pitchers should fear the trio of Xander Bogaerts, Rafael Devers and J.D. Martinez, and it’s fair to expect a strong offensive output from the Red Sox on Sunday.

Cleveland starter Aaron Civale is not exactly setting the record books on fire with his 2022 campaign. Civale holds an ERA of over 7.00 and he still has room for regress when it comes to strikeout and home run rate, according to Fangraphs. If Boston gets out to an early lead, it can provide Rich Hill with some comfort and hand over a comfortable lead to the bullpen. At this price, I like backing the Red Sox to stay hot and close out the series with a win.