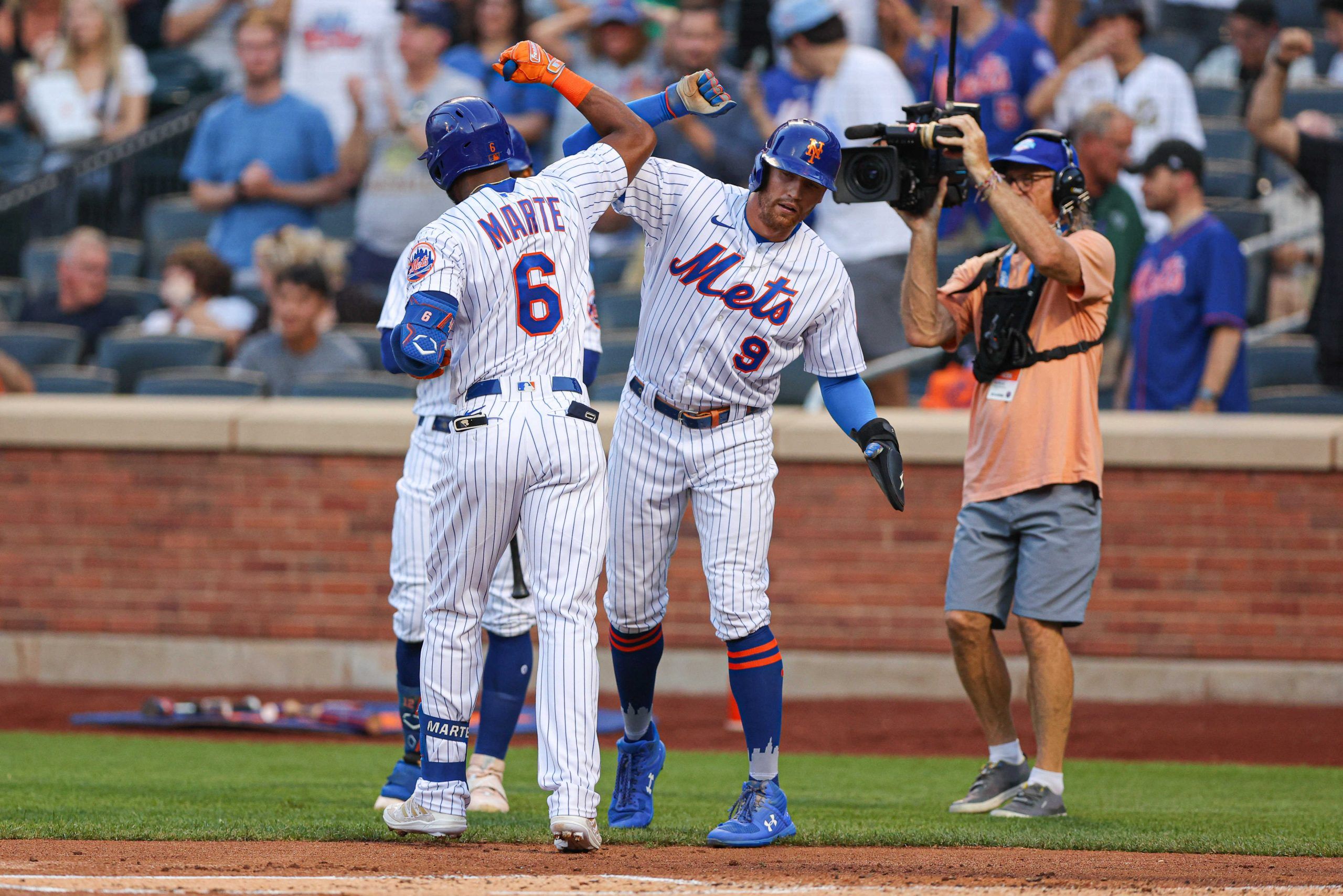 Deputy Editor for Pickswise. Lover of all US sports and Southampton FC.
Updated: 6:17 AM ET September 11, 2022

After a busy Saturday of baseball, we’ve got a loaded 15-game slate on Sunday. And what better way to celebrate a large slate of games than to create a 3-team mega parlay? This parlay could pay out at over 9/1 odds at DraftKings Sportsbook, so be sure to check this out.

Let’s get into our mega parlay for Sunday and break down each of the legs one by one.

Taijuan Walker gets the start for New York while Miami will counter with Jesus Luzardo. Walker is very familiar with this Marlins lineup, having logged 4 starts against Miami this season. In those outings, Walker has surrendered just 7 earned runs in 25.2 innings pitched. This includes multiple starts in which Walker tossed 6+ innings while allowing 1 or 0 runs. His numbers against Miami this season are a good indicator that Walker has a favorable matchup, and he should keep his team in front through the middle innings. Luzardo has been solid in his own right, but the Mets lineup is relentless and should do enough to build a lead for their starter. New York should continue dominating Miami as the Mets chase an NL East crown.

Zac Gallen has been baseball’s best pitcher since the all-star break, plain and simple. Currently on a streak of 43+ scoreless innings, Gallen is nearly impossible to fade at the moment. In his last 7 starts, the Diamondbacks ace is an astounding 6-0 with a 0.57 ERA and 0.70 WHIP. The same can’t be said for the Rockies, as they are projected to send Ryan Feltner to the hill. Since his last call-up in August, Feltner’s role in the starting rotation has solidified, but his performances haven’t been ideal. Feltner’s last 7 starts have been poor, as the rookie is 1-4 with a 6.11 ERA and a 1.44 WHIP. The right-hander will be tested against the Diamondbacks lineup, which ranks in the top 10 in batting average, OBP and OPS over the last 15 days. Look for the Diamondbacks to keep rolling with Gallen on the mound.

The Dodgers have all but sealed the NL West as they lead the Padres by 19 games. Los Angeles has also dominated its in-state rivals this season, winning 13 of its last 17 games against San Diego. This rivalry has been extremely one-sided, and don’t expect that to change on Sunday.

Andrew Heaney is projected to start for the Dodgers, and his stuff has been sharp this season. The lefty is 2-2 in 11 starts with an ERA of 2.94 and WHIP of 1.08. Heaney’s previous outing wasn’t up to par, but he’s had success against San Diego in 2022. The only time Heaney faced the Padres was in early August, and he didn’t allow an earned run in 4.2 innings of work. Another leg up for Heaney is the Padres’ middling performance against lefties, as San Diego ranks 16th in team batting average and 19th in OPS against left-handers on the year. On the other side, while Joe Musgrove’s season-long stats are impressive, his recent performance hasn’t been the same. The Padres has an ERA of 4.70 with a 1.36 WHIP over his last 7 outings. I’ll ride with the better offense and back the Dodgers on the run line.