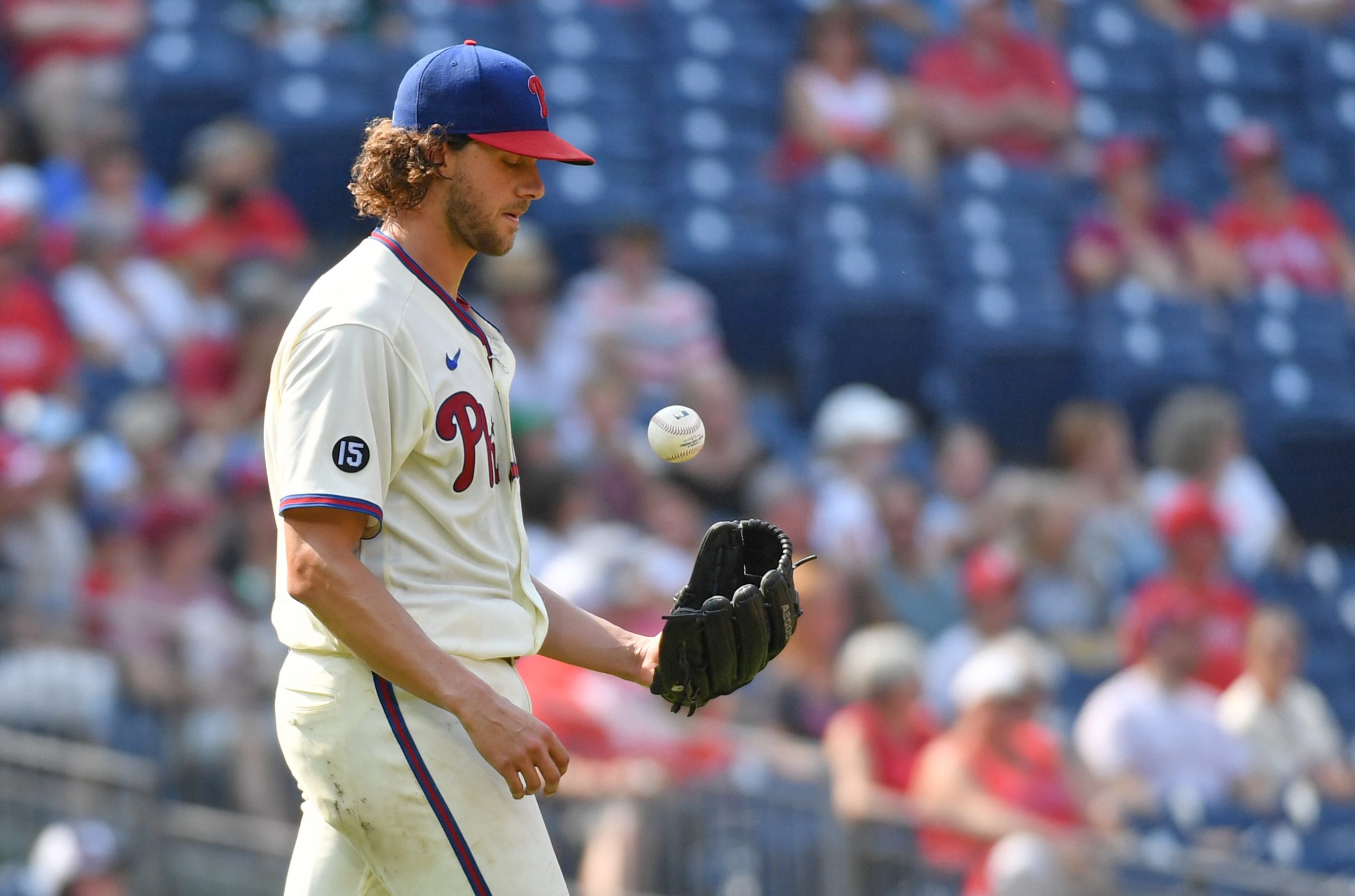 The 2022 MLB season is in full swing and we have another full slate on Sunday. There are a number of interesting matchups, including this NL clash between the Milwaukee Brewers and Philadelphia Phillies.

What better way to celebrate this Sunday showdown than by betting a same game parlay? We also have thoughts on the side and total, which you can find out in our full game preview.

We’ve come up with a two-leg parlay, which pays out just north of 10/1 with FanDuel Sportsbook. Let’s break down each leg:

To start off this same game parlay we have the Phillies on the run line. Philadelphia has been an inconsistent team this season, but they will have the better starter on the mound Sunday night. Aaron Nola gets the call for the Phillies and he shouldn’t have trouble slowing down a poor Brewers lineup. Milwaukee is 9-6 on the season on the backs of its pitching and winning low-scoring games. Nola struggled in his last 2 starts, but those were against the Mets and at Coors Field against the Rockies. Look for the right-hander to bounce back in a big way in front of the home fans.

When Philadelphia does win, the margin of victory tends to be greater than 1 run. In 5 of their 6 victories this season, the Phillies have won by 2+ runs. Bryce Harper and company had a combined 18 hits in the first two games of this series, and I expect Philadelphia’s bats to preform against Brewers starter Eric Lauer. Lauer has given up a combined 5 runs in outings against the Pirates and Orioles. This is a different animal. Back the Phillies to win convincingly at home.

Including legs from both teams always increases your odds in a same game parlay. But I don’t think Renfroe having success conflicts with the Phillies covering the run line. With 4 hits in his last three games, Renfroe is a lone bright spot in a struggling Brewers lineup. Hitting in the middle of the order gives him a chance to strike with runners on base, and all we need is a hit with RISP to get the job done.

Renfroe has an RBI in each of the first 2 games against Philadelphia. The outfielder has clear power, as shown by his solo home run on Saturday. Renfroe is hitting .306 against right-handed pitching through 15 games, and he has driven in a run in 5 of the Brewers’ last 10 contests. He should see at least 4 plate appearances, giving us multiple chances to cash this leg.

Outside of being the internet’s favorite MLB player, Nic Castellanos is quietly one of the more consistent hitters at putting the ball in play. Perched near the top of the Phillies lineup, Castellanos has hit safely in 8 of 10 games this season. There is a reason this line is priced at -270, but I still like it as a piece to boost our odds. He should see 4 or 5 plate appearances, giving us multiple chances to cash this final leg. Back Castellanos to take us home.