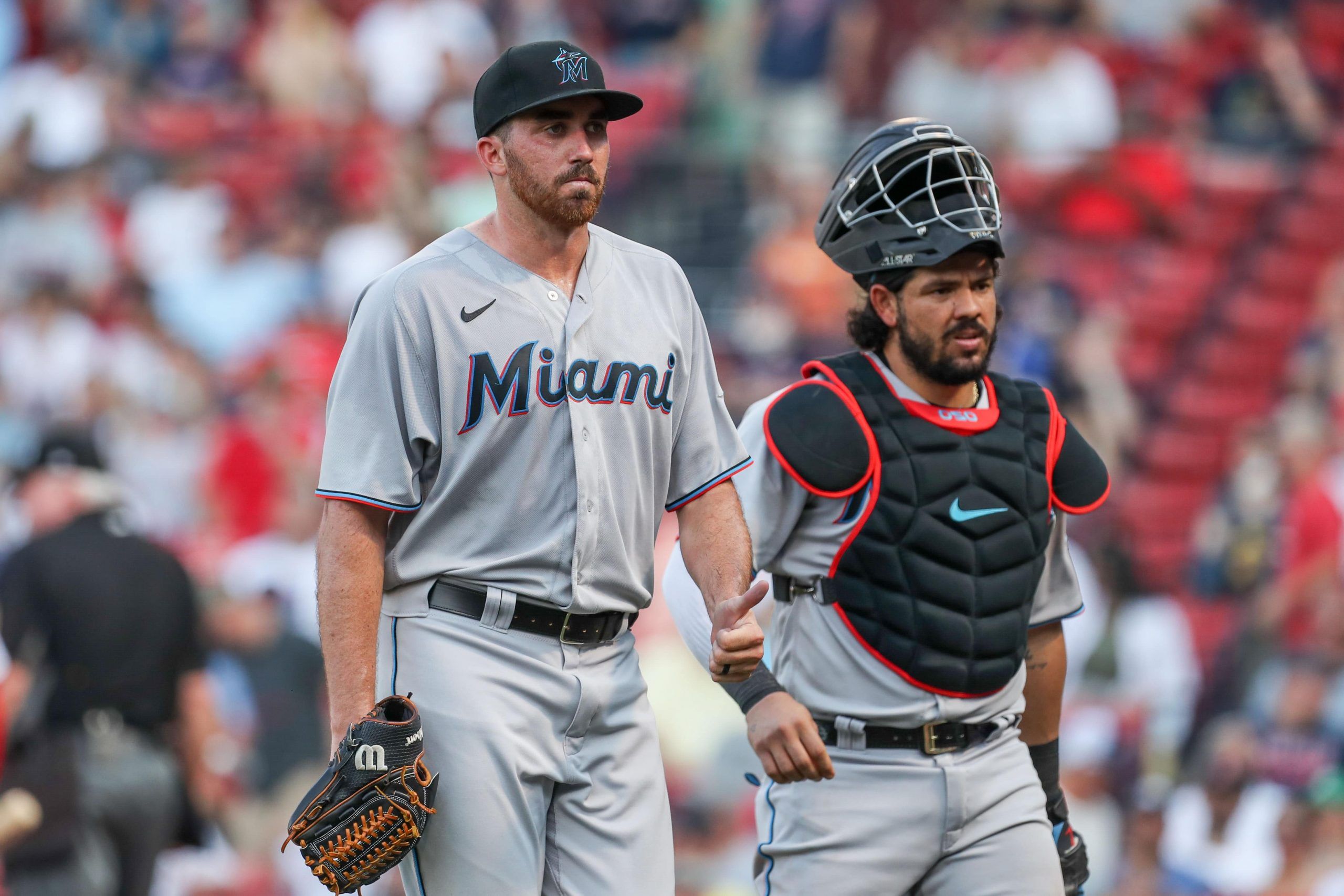 I'm an editor here at Pickswise who was raised in a household full of sports fanatics. Since I unfortunately never had LeBron James' jumping ability I wasn't able to make it to the NBA, and chose writing about sports as the next best thing. An avid sports bettor myself, I'm excited to get to write about the industry as it gets set to take off across the country. Buckle up.
Updated: 12:09 PM ET July 04, 2021

The 2021 MLB season kicked off about three months ago, and the action has been jam-packed. Why not celebrate the holiday by going for a big payday on the 4th of July? That’s right; we’re back with another MLB mega parlay, this time a three-teamer with a payout north of 12/1, and we’re counting on the Marlins to pull off the upset.

I just cashed this MLB mega parlay on Wednesday at 12/1 slate; let’s do it again on Sunday!

The Padres have lost three in a row now, but I’m not too concerned. Right before this mini skid, they had won 11 of 12. They’ll get back on track soon, and this feels like a good spot to do so with Philly starting Vince Velasquez. Velasquez has never been anything better than mediocre, and in four of his past six starts he hasn’t gone past 4 and 1/3 innings.

That’s bad news for the Phillies, since their relievers have been shaky yet again. In fact, they have the eighth-highest bullpen ERA in the league. Blake Snell certainly hasn’t been what the Padres were hoping for, but this is a guy who won the Cy Young just a couple of years ago. The Padres also have the league’s lowest bullpen ERA by a comfortable margin, so even if Snell isn’t flawless it’s not the end of the world.

Be sure to check out our full game preview for San Diego Padres vs. Philadelphia Phillies

The Marlins being this big of an underdog seems off. Miami just beat the Braves on Saturday, and even though Atlanta was in the NLCS last season they certainly aren’t anything to be afraid of in 2021. The Braves have been one of the league’s biggest disappointments this season, and are a couple games under .500. Marlins rookie Zach Thompson will start here, and he’s been very promising so far.

In four starts to begin his big league career, he’s given up only three total earned runs. A couple of those were on the short side, but still. His last time out, he gave up only one earned in six innings against the Nationals while striking out 11. Even if he doesn’t go that deep here, the Marlins have had one of the league’s best bullpens this year, so I’m not too concerned.

Be sure to check out our full game preview for Miami Marlins vs. Atlanta Braves

The Red Sox are officially on fire again. Prior to Saturday night’s game, Boston had won eight in a row, including the first game of this series against Oakland. They went on to lose to the A’s last night in extra innings, but don’t let that result put you off siding with the Sox. The A’s have been fading recently. Red Sox starter Nick Pivetta isn’t anything to write home about, but neither is Oakland rookie James Kaprielian.

When it takes a guy until he’s 27 to get his first big league start, there’s usually a pretty decent reason why. He’s been solid through his first nine starts, but I’m skeptical he can keep it up. Most of his outings have been against pretty weak lineups. Each of his last two starts have come against the Rangers, who have one of the most anemic offenses in the league. Facing the Red Sox will be a shock to his system.

Be sure to check out our full game preview for Boston Red Sox vs. Oakland Athletics