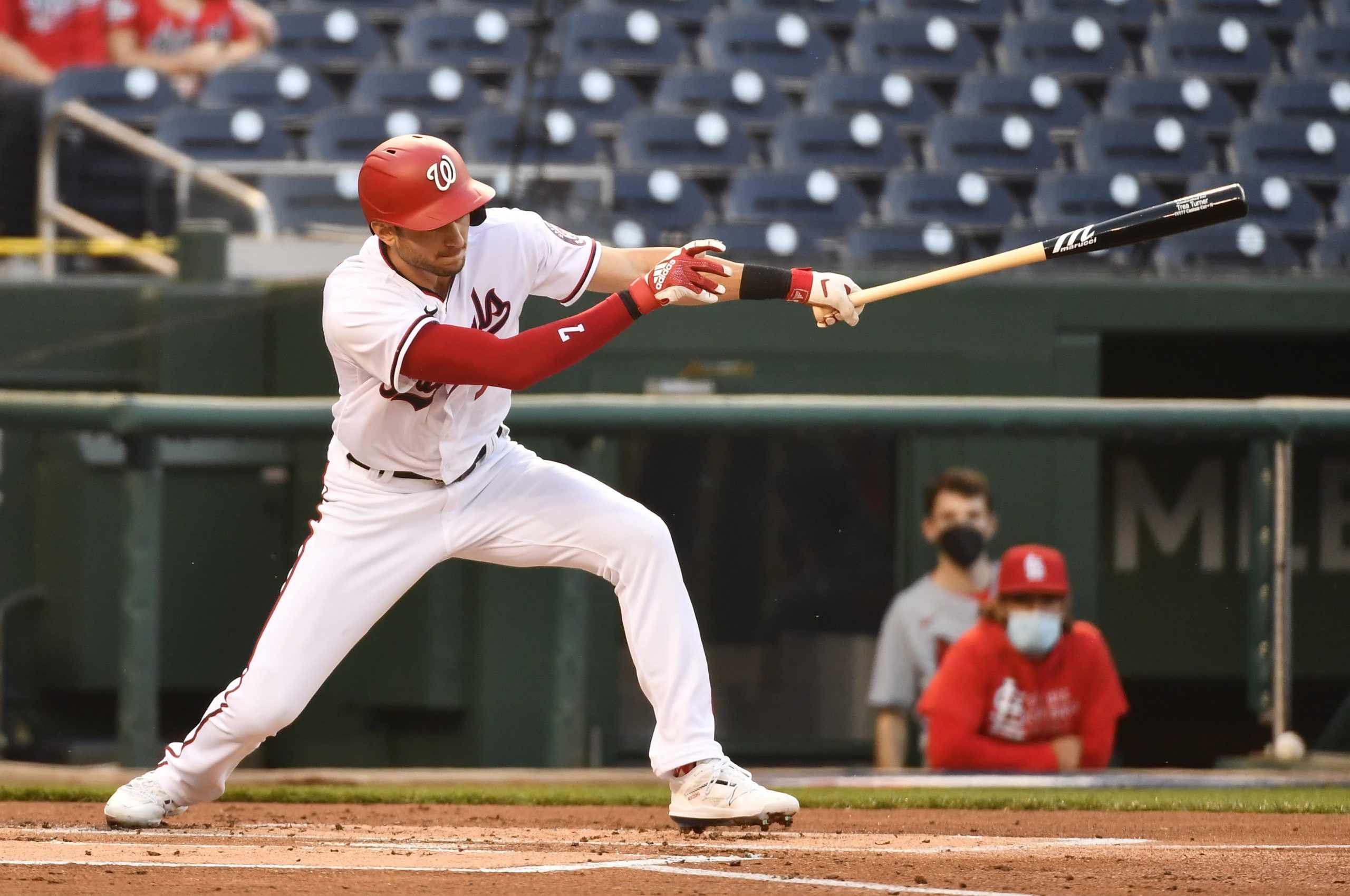 I'm an NFL handicapper here at Pickswise who was raised in a household full of sports fanatics. Since I unfortunately never had LeBron James' jumping ability I wasn't able to make it to the NBA, and chose writing about sports as the next best thing. An avid sports bettor myself, I'm excited to get to write about the industry as it gets set to take off across the country. Buckle up.
Published: 23:12 PM ET April 24, 2021

The 2021 MLB season kicked off about three weeks ago, and the action has been jam-packed. Why not celebrate the end of the weekend by going for a big payday on Sunday? That’s right, we’re back with another MLB mega parlay, this time a three-teamer with a payout north of 13/1, where we’re counting on the Nationals to upset the Mets.

You’ve got to ride Danny Duffy with this heater he’s on. The Royals’ starter has a 0.50 ERA, giving up only a single earned run through three starts. He won’t quite keep that up, but he should still have some success against this weak Tigers offense. Detroit has incredibly managed to top two runs scored just once in their last eight games. As such, they’re a prime target to fade on the run line. All the Royals likely need to do is score four runs to cover this -1.5. Michael Fulmer will start for Detroit, and he gave up three earned runs in only four innings against the lowly Tigers last time out. Kansas City’s lineup is better than most think, and they’ve scored at least six runs in three of four.

Be sure to check out our full game preview for Kansas City Royals vs. Detroit Tigers.

I don’t think the Nationals should be nearly this big of an underdog. Patrick Corbin got off to a disastrous start by surrendering 15 earned runs in his first two outings, but given his track record that was a clear aberration. He responded with six innings of shutout ball in his most recent start, and I think we’ll see something similar here. The Nationals just won 7-1 on Saturday, and they’ve quietly won three of their past four. Mets starter Taijuan Walker has started just 18 games since the 2017 season. He has a 3.21 ERA through three starts in 2021, but his 1.43 WHIP indicates that isn’t going to last. He’s been getting lucky, and is due for some regression. He gave up six walks in less than four innings last time out, and if he struggles with his control like that again here then this underrated Nationals lineup will make him pay.

Be sure to check out our full game preview for Washington Nationals vs. New York Mets

The Cardinals won the first two games of this series, and I think they’ll make it a sweep on Sunday. Jack Flaherty will start for St. Louis, and after he flukily got rocked in his first start he’s been fantastic. In his last three outings, he’s given up just three total earned runs. The Reds got off to a hot start that was clearly never going to last, and now they’re falling apart. They’ve lost six games in a row, making them a prime fade candidate. Cincinnati starter Luis Castillo has regressed in 2021, and enters with a 6.05 ERA through four starts. His WHIP is 1.66, and he’s given up at least seven hits in three of those starts. The Reds just got shutout on Saturday, so the Cardinals should have no problem winning this one by multiple runs.

Be sure to check out our full game preview for Cincinnati Reds vs. St. Louis Cardinals