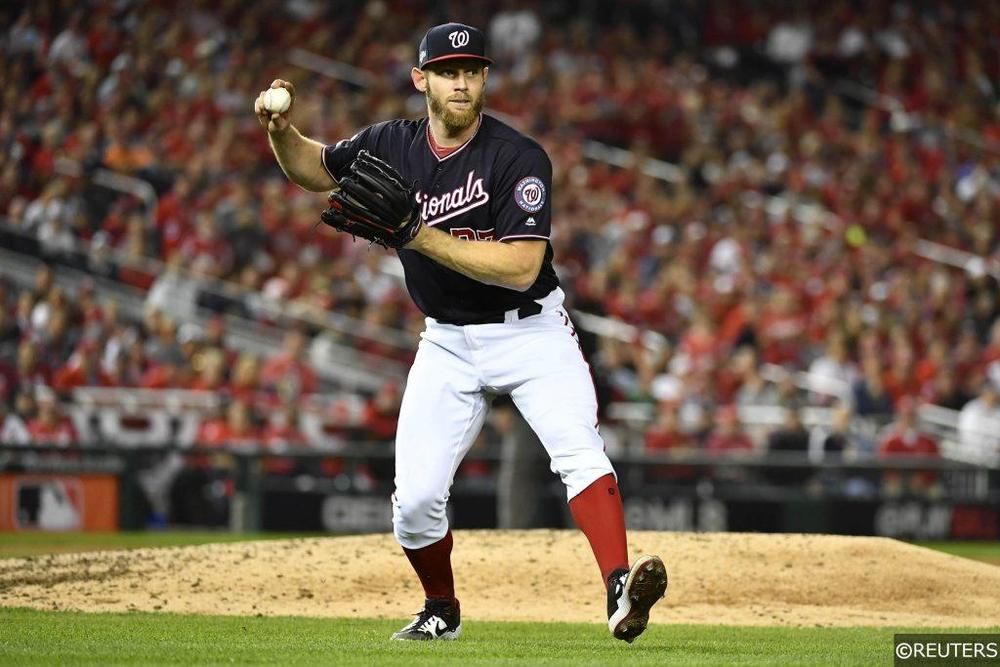 I'm an NFL handicapper here at Pickswise who was raised in a household full of sports fanatics. Since I unfortunately never had LeBron James' jumping ability I wasn't able to make it to the NBA, and chose writing about sports as the next best thing. An avid sports bettor myself, I'm excited to get to write about the industry as it gets set to take off across the country. Buckle up.
Published: 1:31 AM ET April 18, 2021

We’ve officially got two weeks in the books. The 2021 MLB season kicked off just over two weeks ago, and the action has been jam-packed. Why not celebrate the end of the weekend by going for a nice payday on Sunday? That’s right, we’re back with another MLB mega parlay, this time a three-teamer with a payout north of 15/1 where we’re counting on the Nationals to win big. After cashing our mega parlay last Tuesday at nearly 17/1 odds and coming close on a couple others, we’re looking for another success here.

To say the Nationals have a big edge on the mound here would be a big understatement. Stephen Strasburg didn’t pitch much last year, but I’m not too worried about it. Arizona starter Madison Bumgarner did pitch last year, was awful then, and has been awful now. It’s sad to see how far MadBum has fallen, as he had a 6.48 ERA in nine starts for the Diamondbacks last season. Through three starts this season, his ERA is 11.20. In each of his three outings, he’s given up at least five earned runs. He just doesn’t have it anymore. Strasburg got roughed up by the Cardinals in his most recent start, but I wouldn’t draw too many conclusions from it. In his first start of 2021 right before that he blanked the Braves, giving up no runs and only one hit in six innings. The Nationals have won back to back games, and they’ll make it three in a row here.

Be sure to check out our full game preview for Arizona Diamondbacks vs. Washington Nationals.

It’s never going to feel great fading Shane Bieber, but I think there’s value in doing so here. Bieber is great, but Reds starter Wade Miley has been even better so far. Miley still hasn’t given up a run through two starts, and has only given up four hits. Bieber is coming off a dominant outing against Chicago, but he was shaky in his first two starts. In those two starts, he walked seven batters and gave up five runs. He’s also coming off a game where he threw 113 pitches, and he’s thrown at least 95 in all three of his starts, so I think his arm could be a bit fatigued here. When you break down the offenses, it isn’t even close. Cincinnati is currently second in the majors with a .827 OPS, while Cleveland is 23rd at .666.

Be sure to check out our full game preview for Cleveland Indians vs. Cincinnati Reds.

Keep fading the Tigers until oddsmakers catch up. Detroit got off to a decent start that was clearly fraudulent, and they’ve been dominated through the first three games of this series. Oakland has won all three games, by a combined score of 18-4. The Tigers have been shutout in two of those three. The A’s are in a complete opposite boat, as they got off to a disastrous start that was obviously never going to last. Oakland lost each of their first six games, but that was only because they had to play the Astros and Dodgers to open the season. Everybody overreacted, which created some value. I think it’s still there. Chris Bassitt hasn’t had his best stuff in his first few starts of 2021, but he had a 2.29 ERA in 2020, so I think he’ll get it turned around here. A date against a weak and slumping Tigers lineup is exactly what the doctor ordered.

Be sure to check out our full game preview for Detroit Tigers vs. Oakland Athletics.