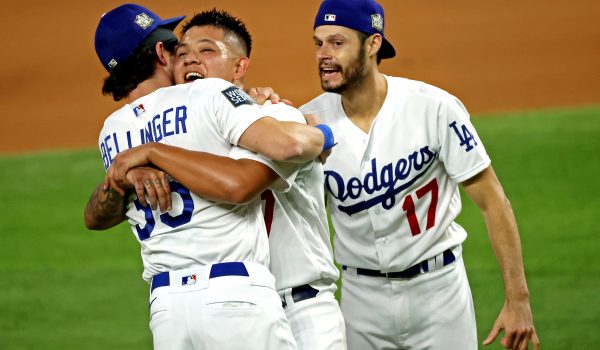 Baseball is finally back. The 2021 MLB season will officially kickoff on Thursday, and why not celebrate by going for a nice payday? That’s right, we’re back with our first MLB parlay of the season, this time a three-teamer with a payout of almost 8/1 where we’re counting on the Dodgers to start their World Series defense off with a big win.

Kenta Maeda is coming off a fantastic season for the Twins, and I think he’ll keep it rolling here. The Brewers were a big disappointment last season, and I don’t see too many reasons to believe they’ll be much better. There’s Christian Yelich of course, but he can’t do everything by himself. Minnesota didn’t get the respect they deserved for going 36-24 and winning the division in 2020, and they’re going to enter this season with a big chip on their shoulder. If Nelson Cruz is anywhere near as good as he was last year, this offense could be really good.

Be sure to check out our full game preview for Minnesota Twins vs. Milwaukee Brewers.

The Padres have the third-lowest odds to win the World Series, which would’ve sounded unbelievable a couple years ago. They’ve made some bold moves this offseason, including acquiring Yu Darvish, who will start here. With all the buzz they’ve been getting this offseason and their disappointment in the playoffs last year, I think they’ll come out and make a statement on Opening Day. Darvish was fantastic last year, with a 2.01 ERA in 12 starts, and now he’s facing a weak D-Backs offense. Arizona went just 9-21 on the road last year, and after trading away Paul Goldschmidt I just don’t see much upside with their lineup anymore. San Diego is going to start the 2021 campaign off with a bang.

The Dodgers are coming off a World Series win, and they aren’t about to begin their title defense by losing to the Rockies on Opening Day. Colorado traded away Nolan Arenado this offseason, pretty much openly signaling they aren’t planning on competing in 2021. Clayton Kershaw, who didn’t show any signs of a drop-off last year, will get the start for Los Angeles here. He had a 2.16 ERA last season, so don’t get concerned about his age. He’s also been pitching in this park for over a decade, so he won’t fall victim to some of the trappings of Coors Field that a lot of younger pitchers do. The Dodgers have one of the most talented offenses in recent league history, and they’re going to make life miserable for German Marquez here.

Be sure to check out our full game preview for Los Angeles Dodgers vs. Colorado Rockies.