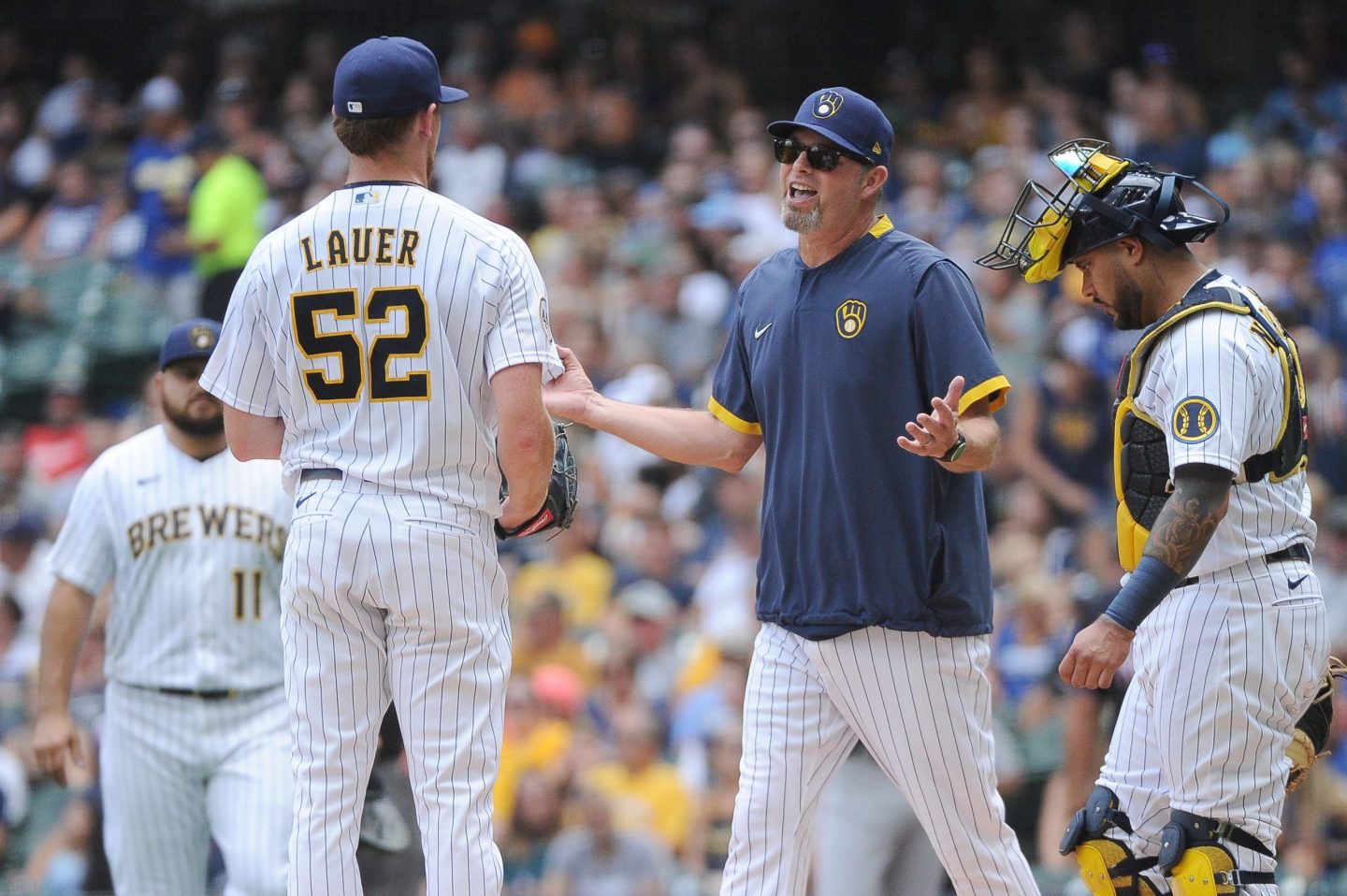 It’s another busy week in the MLB, and we have another loaded slate on Thursday with a number of compelling matchups. And what better way to celebrate a full slate of baseball than by going for a big payday? That’s right, we’re back with another mega parlay with a payout of over 9/1 at FanDuel Sportsbook.

To start off this mega parlay, we have the Milwaukee Brewers on the money line. After a slow start to the season, the Brewers have regained their 2021 form, especially on the mound. A big reason for Milwaukee’s success this season is the play of Eric Lauer. With a 2.16 ERA and 54 strikeouts through 7 starts, Lauer has been terrific and should carry that momentum into Thursday.

The Cardinals have been playing above expectations in 2022, and Adam Wainwright has turned back the clock to become a staple at the top of the rotation. However, the majority of his success has come against the likes of the Pirates and Royals. Wainwright actually had his worst start of the season against Milwaukee in April, and the Brewers’ offense is much improved from a season ago. Back the Brew Crew to secure a series-opening win in St. Louis.

Check out our full game preview for Milwaukee Brewers vs St. Louis Cardinals

The second leg of this parlay has us backing the Philadelphia Phillies on the money line. Philadelphia has been one of the more frustrating squads in baseball this season, but this team has the potential to get hot. Moreover, the Braves haven’t exactly set the world on fire to this point. The reason why I like Philadelphia in this contest is due to the pitching matchup.

The Phillies will send Aaron Nola to the hill, who has been really solid of late after a poor start to the season. Nola has 17 strikeouts through 12 combined innings in his last 2 starts, both of which came against the red-hot Dodgers. And this Braves offense is not nearly as good as the one out in LA. Despite his strong statistical profile, I’m not entirely sold on Kyle Wright’s resurgence for Atlanta. If the Phillies bats can produce a couple of runs, that may be all that Nola needs. Philadelphia has already thrown away a game in this series, and I expect them to play like a desperate team on Thursday.

To finish off this mega parlay, we have the New York Yankees on the run line. Fading Nestor Cortes Jr. has not been profitable for bettors this season, and I don’t expect regression to come against a mediocre Tampa Bay offense. Cortes has allowed just 9 runs in 45 innings pitched, to the tune of a 1.80 ERA to this point. Furthermore, the Yankees also typically provide Cortes with support when he pitches. New York’s bats have quieted of late, but they’ve averaged nearly 5 runs of support for Cortes in his starts in 2022.

After a middling series against the Orioles, look for Aaron Judge and co. to bounce back against Ryan Yarborough. While Yarborough’s peripherals have been solid, his hard-hit ball percentage, BAbip and OPS against are significantly higher than in the past 3 seasons. In a massive series for both teams, expect New York to continue its dominance of the AL East on Thursday.