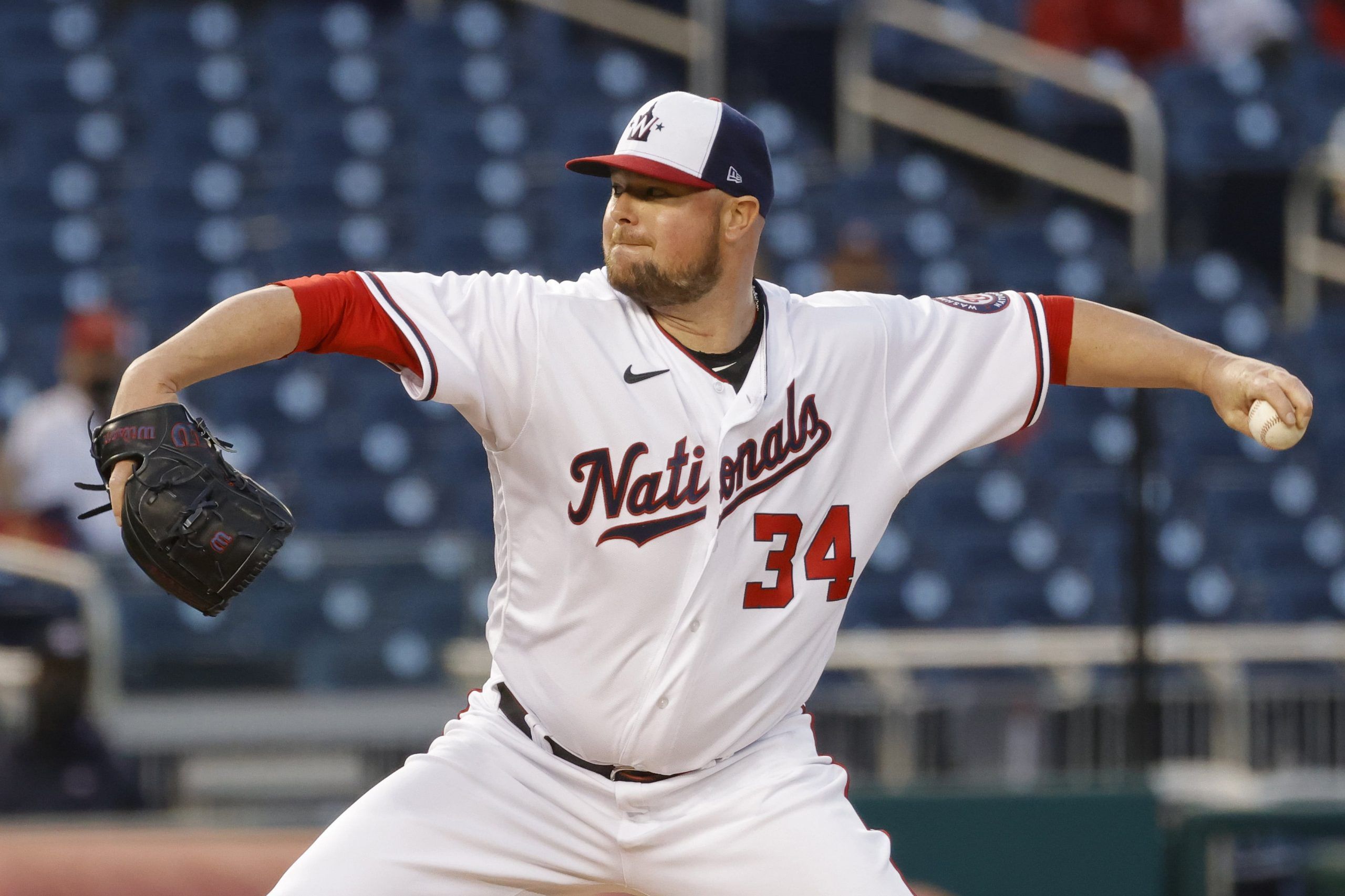 I'm an editor here at Pickswise who was raised in a household full of sports fanatics. Since I unfortunately never had LeBron James' jumping ability I wasn't able to make it to the NBA, and chose writing about sports as the next best thing. An avid sports bettor myself, I'm excited to get to write about the industry as it gets set to take off across the country. Buckle up.
Updated: 6:31 AM ET June 24, 2021

The 2021 MLB season kicked off more than two months ago, and the action has been jam-packed. Why not go for a big payday on Thursday? That’s right, we’re back with another MLB mega parlay, this time a three-teamer with a payout north of 13/1, and we’re counting on the Nationals to win big.

We just cashed our mega parlay on Monday at +1148 odds, let’s do it again on Thursday!

Starting things off with the A’s on an alternate run line. I was skeptical when the Rangers got off to a decent start, and they’ve unsurprisingly come crashing down to earth. Since starting 18-18, they’ve gone 9-29 in their last 38. They beat Oakland on Wednesday but lost 13-6 on Tuesday, showing how low their floor is. Texas will start young left Koby Allard, who has been very solid in 40 innings this season.

Considering his career ERA is 5.53 in 127 innings, I don’t think he’s gonna keep it up too much longer. A’s starter Chris Bassitt has also been rock-solid, and he has the track record to back it up. His ERA was 2.29 in 11 starts last year. Oakland has won seven of Bassitt’s last eight starts, and each of the last five wins has come by at least three runs.

Be sure to check out our full game preview for Oakland Athletics vs. Texas Rangers

The Nationals are on a roll right now. Washington has won nine of their last ten games, and they just scored 13 runs in a victory over Philly on Wednesday. The Marlins, on the other hand, have won seven of their past nine. Their offense has been anemic, and that might be putting it kindly. In five of their last seven games, they’ve scored one or zero runs.

Nationals starter Jon Lester has shown he’s still got a lot left in the tank lately, with a 2.61 ERA in four June starts. Miami will start Cody Poteet, who has only six big-league starts under his belt. He’s struggled with his control, allowing 12 walks in only 27 and 2/3 innings. Keep riding the Nationals while they’re hot.

To wrap up this mega parlay and hopefully bring us home, we’ve got the Cardinals. St Louis hasn’t been great this week, but it’s seemingly never a bad time to fade the Pirates these days. Pittsburgh is arguably the least talented team in the league, and they have the third-worst run differential in the majors. They don’t deal well with the road, as they’re just 10-25 in away games this year.

They’re just 3-12 in their last 15 overall. The Pirates will start Chad Kuhl, who enters with a 5.66 ERA and 1.49 WHIP. Cardinals starter Carlos Martinez’s ERA looks just as bad, but that’s misleading. Outside of a few horrendous starts, like the one where he gave up ten runs in less than one inning, he’s been solid enough. The two lineups aren’t even comparable. Pittsburgh is last in the league in OPS, and it isn’t particularly close.

Be sure to check out our full game preview for Pittsburgh Pirates vs. St. Louis Cardinals