The 2021 MLB season kicked off more than two months ago now, and the action has been jam-packed. Why not go for a big payday on Thursday? That’s right, we’re back with another MLB mega parlay, this time a three-teamer with a payout north of 17/1, and we’re counting on the Mets to keep up their recent hot play.

The Giants have dominated this series so far, and I don’t see any reason to believe they won’t make it a four-game sweep. They won the first three with relative ease, and two of them came by at least three runs. To say the Diamondbacks have been bad recently would be a huge understatement. Arizona has easily been the worst team in the league recently, and they’ve lost 13 in a row.

They incredibly haven’t won a road game since April 25th. They’re just 5-36 in their last 41 games, with plenty of those losses being lopsided. The cherry on top here is that the Giants will start Kevin Gausman, who has been fantastic. Gausman has a 1.43 ERA and 0.78 WHIP. As such, I don’t think he’ll have much trouble with this Diamondbacks lineup. Arizona also has an awful bullpen.

The Mets have been hot recently, so getting this much plus-money presents a lot of value. They’ve won each of the first three games of this series, and eight of their last 10 overall. The Mets also have a big edge on the mound here with Marcus Stroman going up against Kyle Hendricks. Stroman has a 2.33 ERA vs. 4.46 for Hendricks.

Hendricks has already managed to give up 19 home runs this year, and has given up multiple dingers in three of his past four starts. Stroman has only given up four total earned runs over his past four starts. The Cubs have scored three runs or fewer in four straight, and in three of those they didn’t even get to three. Bet on the Mets to keep their recent success going.

I’m not sure why the Cardinals are such a big underdog here. They just swept the Marlins, and their pitching has been amazing lately. They’ve given up two runs or fewer in four straight contests. The Braves will start Charlie Morton here, who has been mediocre at best. He has a 4.50 ERA, and hasn’t been going deep into games.

In three straight starts, he’s failed to make it past the fifth inning. That could be a recipe for disaster, since Atlanta’s relievers have been a huge disappointment. The Braves’ bullpen has an ERA of 4.82, which is the sixth-worst mark in the league. In Morton’s last start, he gave up eight baserunners and four runs in only four innings against a weak Marlins lineup. 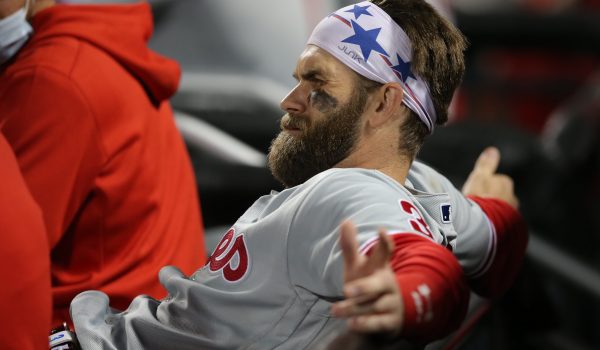