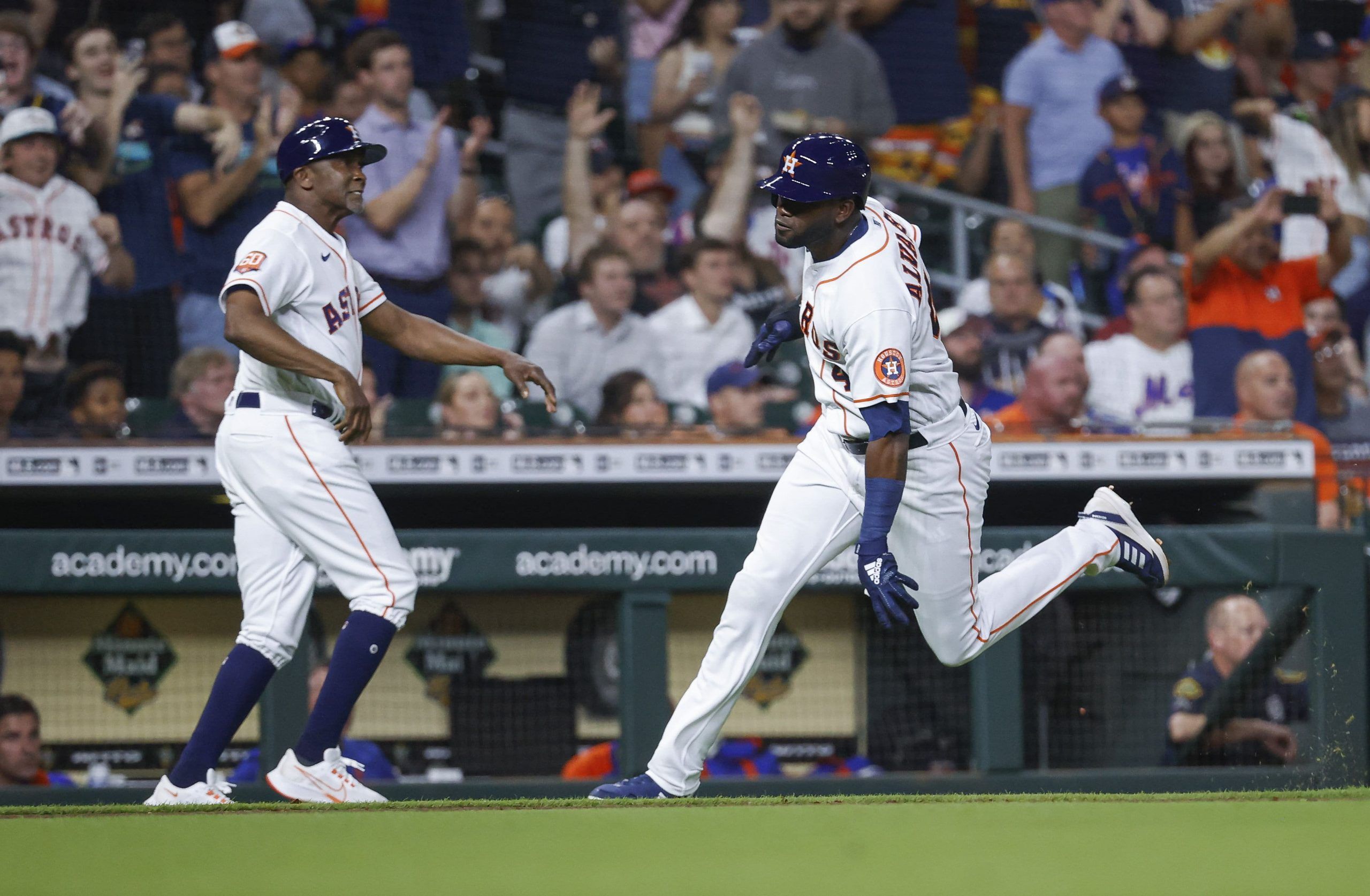 The MLB rolls along on Wednesday with a number of intriguing matchups throughout the day. And what better way to celebrate a full slate of baseball than by going for a big payday? That’s right, we’re back with another mega parlay with a payout of over 9/1 at DraftKings Sportsbook.

To start off this mega parlay, we have the Astros on an alternate run line. Houston has been outright dominant at home this season, posting a 25-11 record at Minute Maid Park. The Astros have won 9 of their last 10 games and look well on their way to capturing another AL West title. On the other side of things, the Royals are one of the worst teams in baseball and it won’t get any easier for them in this one. The Astros are dominant against right-handed pitching, especially the fastball. It just so happens that KC starter Brad Keller throws his fastball 33% of the time, up over 4% from a season ago. Keller has been extremely inconsistent this season, with an xERA of 4.24 and a strikeout percentage of 15.6%, which is near the bottom of the league.

With only 1 hit allowed over his last 14 innings pitched, Christian Javier has been absolutely dealing. The Houston starter thrived against the Yankees and Angels, so he shouldn’t have trouble with a weaker Royals lineup. Even if Javier comes back to earth a bit, the Astros’ bullpen has been one of the best in baseball. I like Houston to start strong and roll to a decisive victory.

To continue this mega parlay, we are going with the Guardians on the run line. Cleveland has struggled with the Tigers in this series, but the Guardians’ offense should be able to scratch across a few runs against Michael Pineda. In his last outing, Pineda was sold in his first appearance since May, but that came against a very poor Royals lineup. It’s safe to say that this is a step up in class for the Tigers right-hander.

The Guardians are favored on the road in large part because Shane Bieber is getting the start, and deservedly so. Bieber has been steady, allowing more than 3 runs just once in his last 12 starts. And while I like fading Bieber against quality competition, the Tigers’ offense is not that. Detroit’s lineup is near the bottom of the league in nearly every major hitting category. Bieber should start strong and the Guardians lineup should give their ace plenty of cushion. Let’s back the Guardians to pick up a rare stress-free road victory.

For the final leg of our mega parlay, we are going with the Diamondbacks on the money line. Arizona has been thoroughly mediocre this season, but the Snakes are catching a Giants team that is in a tailspin. San Francisco has won just 2 of its last 10 games, including 5 straight losses heading into Tuesday’s action. The Giants went from contending for the NL West to being outside of the NL Wild Card picture.

Alex Cobb gets the start for San Francisco, and he has been one of the unluckiest pitchers in baseball judging by his advanced metrics. However, he’ll likely have to have an excellent outing in order to cover for his team’s poor offense. While Cobb is due for some positive regression, the Giants’ OPS against right-handed pitching is below league average. They’ll have their hands full with Diamondbacks starter Merrill Kelly, who has consistently been one of their 2 best pitchers this season. At this price, I like fading a struggling Giants team by riding with a home underdog in Arizona.