HomeAnalysisNFL AnalysisMNF reaction - The Cowboys are in big trouble, and the Cardinals aren't as good as they looked

MNF reaction - The Cowboys are in big trouble, and the Cardinals aren't as good as they looked 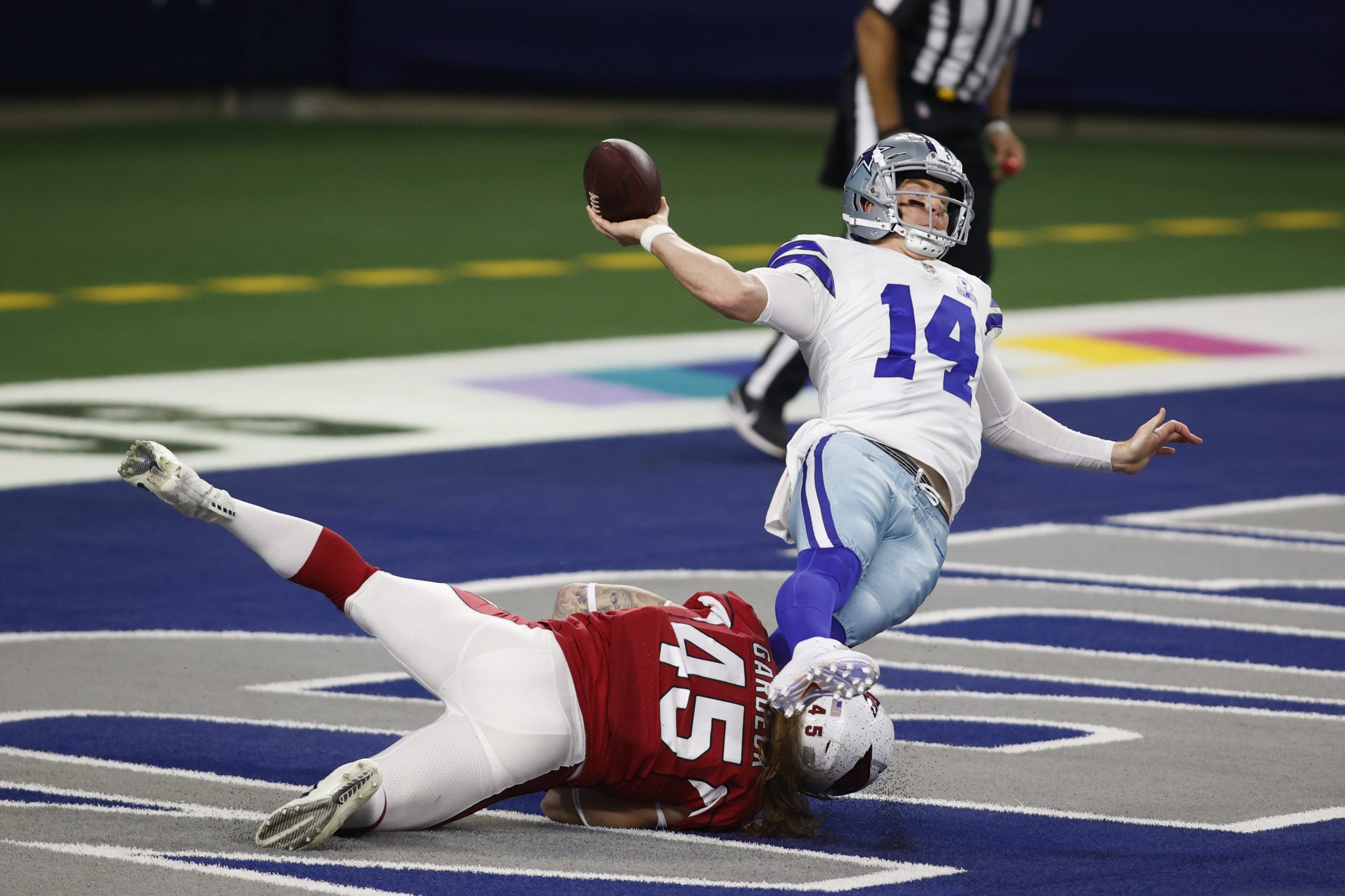 I'm an NFL handicapper here at Pickswise who was raised in a household full of sports fanatics. Since I unfortunately never had LeBron James' jumping ability I wasn't able to make it to the NBA, and chose writing about sports as the next best thing. An avid sports bettor myself, I'm excited to get to write about the industry as it gets set to take off across the country. Buckle up.
Updated: 6:24 AM ET October 20, 2020

I’ll be honest, I didn’t foresee the Dallas Cowboys’ offense being this bad without Dak Prescott. Andy Dalton was abysmal in his first start with the Cowboys, as the Arizona Cardinals picked up a dominant 38-10 victory. Dallas is still very much alive in the playoff hunt thanks to the pitiful state of the NFC East, but they’ve got a tough road ahead.

Arizona is now 4-2 on the year, and everyone is singing the praises of Kliff Kingsbury and Kyler Murray. While the team is certainly better than they were last year, I’m not sold on them as a playoff team, and they’ve still got plenty of question marks themselves. Here are my main takeaways from this snoozer of a Monday Night Football:

The Cowboys are a disaster

This was rock bottom for the Cowboys, but I’m not sure I see it getting much better anytime soon. Perhaps most troublingly is the fact that the problems certainly don’t end with Dalton. The Red Rifle was a disaster no doubt, but so was the offensive line and the defense. Pretty much the entire offensive line was already hurt, and now arguably the best guard in football, Zack Martin, is out as well.

I expected the team to rally around Dalton and come out with an big effort in their first game without Prescott, but clearly they aren’t buying whatever Mike McCarthy is selling. The body language was bad right from the jump, and the team looked completely lifeless.

I think we’ve all overrated the skill position talent a bit, and it isn’t nearly enough to compensate for all the deficiencies. The secondary is showing no signs of improvement, as there are still guys running wide open way too frequently.

Making matters worse, six of their last ten games are on the road. They’ve incredibly given up at least 34 points in five straight games, and unless something dramatic changes, I don’t even see them winning this dumpster fire of a division.

KYLER MURRAY CAN SIMPLY DO IT ALL

The Cardinals aren’t as good as people think

The Cardinals are sitting at 4-2 right now, and they’re one of the toasts of the league. Everyone is celebrating the development of Kingsbury and Murray, while completely ignoring the many troubling signs beneath the surface of the record. Even against this terrible Cowboys defense in a game they won going away, Murray didn’t look all that good, completing just 9/24 passes.

Arizona was gifted two fumbles early on by Ezekiel Elliott, and Dalton’s incompetence sealed the deal. It was about as unimpressive of a 38-10 win as you could imagine. The Cardinals have played an incredibly soft schedule, and their wins don’t mean that much to me.

First they squeaked by a banged-up 49ers team in Week 1, and their last three wins have come against Washington, the Jets, and now Dallas. Those three teams have a combined 3-15 record, and any time they’ve had to play even middling competition recently they’ve lost.

They fell to the Lions and Panthers, two teams that are hardly world-beaters. The schedule is about to get a lot tougher, as five of their next six games are against the Seahawks (twice), Patriots, Bills, and Rams. They’re going to be without star pass-rusher Chandler Jones for the rest of the season, and I think they’re going to get torched when they play a real offense.

That will come this weekend when they host Seattle’s high-flying passing attack. Russell Wilson should have a field day and expose this unit for what it is. Murray hasn’t been too efficient, and he still doesn’t look comfortable in the offense. This is a team I’m selling moving forward.