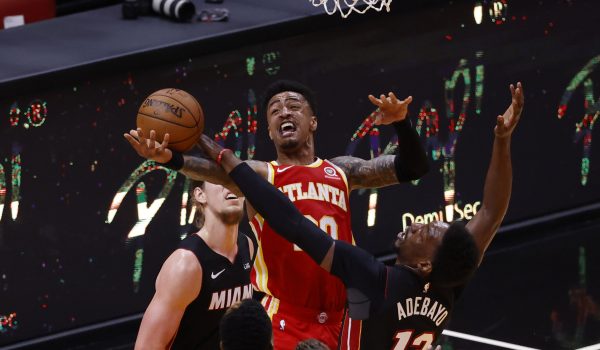 We have an 11-game slate in the NBA on Monday, headlined by a double-header on NBATV that features the Phoenix Suns, New York Knicks, Dallas Mavericks, and Sacramento Kings. Other teams in action are the Los Angeles Lakers, Philadelphia 76ers, Miami Heat, Utah Jazz, and Los Angeles Clippers. It is an intriguing schedule to tip of the week on the professional hardwood, offering plenty of betting options.

Here is our best five-team parlay for today’s action.

For this parlay we mix in one favorite against the spread, one underdog and the points, and three money line winners (two favorites and one ‘dog). Let’s break down each of the five legs one by one.

In the two games that Trae Young has missed with his ankle sprain, the Hawks have still won. They faced the Bucks on Sunday and came away with a 111-104 victory. That means this is the second leg of a back-to-back situation, but Atlanta won’t mind given that it has so much momentum. Young could be back on Monday, too. The Hawks are 2-0 in the head-to-head series this season and should have no trouble making it 3-0 even if Young isn’t on the floor. The Pistons have dropped three straight and sit at the bottom of the Eastern Conference.

Anthony Davis is finally back from injury, but that didn’t do much for them as they recently dropped two straight against Dallas. It should be a much bigger help on Monday. Not only does Davis have two games under his belt (improving from four points to 17 points, it should be noted), but the Magic are also far worse than the Mavericks. Orlando has lost five consecutive contests by an average of 19 points. This team all but announced that it was tanking the season (and perhaps the next one, too) by trading Nikola Vucevic at the trade deadline. Things have predictably been a disaster ever since.

The Suns have dropped two straight games and three of five overall. Tonight they are playing the second leg of a back-to-back situation, this time against a Knicks team that currently holds the longest active win streak in the league (nine in a row). New York boasts a very strong home record, too, winning 21 of 31 at Madison Square Garden this season. Phoenix could be without Jae Crowder, as he has missed the last two contests because of a sprained ankle. He is a key part of their defense and would play a role in trying to contain Randle and Barrett. The Knicks are winning games thanks in part to their incredible depth, with five players currently averaging at least 14 points over the last week. During the same stretch Randle has been a monster, putting together averages of 29 points 10 rebounds, and nearly five assists per game.

Zach LaVine is still out for the Bulls as they face the Miami Heat for the third and final time this season. This will be a rematch of Saturday’s clash, which Miami won by five points. Vucevic had 26 points and Coby White delivered 31, but they were the only two players to score in double-figures for the Bulls. Without their best player in the mix, the Bulls have really struggled lately—winning only three of their last 10 games. They are 1-7 in the last eight head-to-head meetings and that will probably be 1-8 in the last nine following tonight’s proceedings. Miami is 4-1 in its last five, moving up to sixth in the East. The Heat are also 6-1 in their last seven at home and 5-1 in their last six against the Eastern Conference. The money line should be safe. 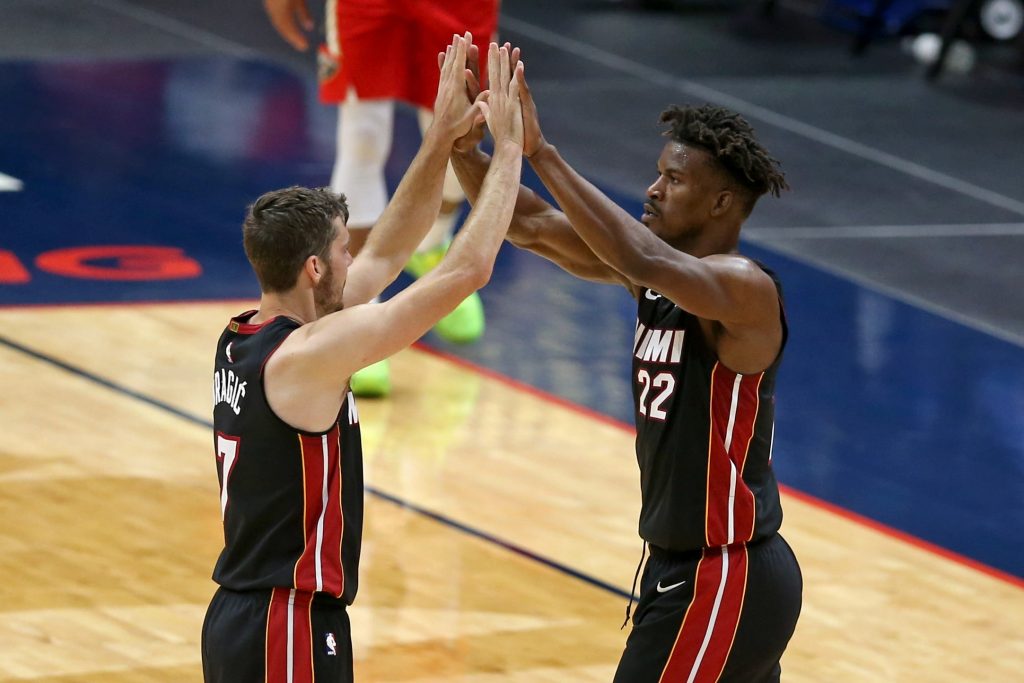 This is a game in which the Nuggets’ injuries might catch up with them. Their top two point guards, Jamal Murray and Monte Morris, are out along with shooting guard Will Barton. Meanwhile, the Grizzlies have been absolutely on fire over the last two weeks. They have covered seven of their last eight games, including five of their last six on the road. That includes a road cover against this same Denver team (even though the Grizz lost in double-overtime). It should be noted that Barton had one of the best games of his career that night. Obviously the Nuggets won’t have his services this time around, and that could be one of several differences.