HomeAnalysisNFL AnalysisMonday Night Football reaction: Bills as good a bet as anyone in AFC

Monday Night Football reaction: Bills as good a bet as anyone in AFC 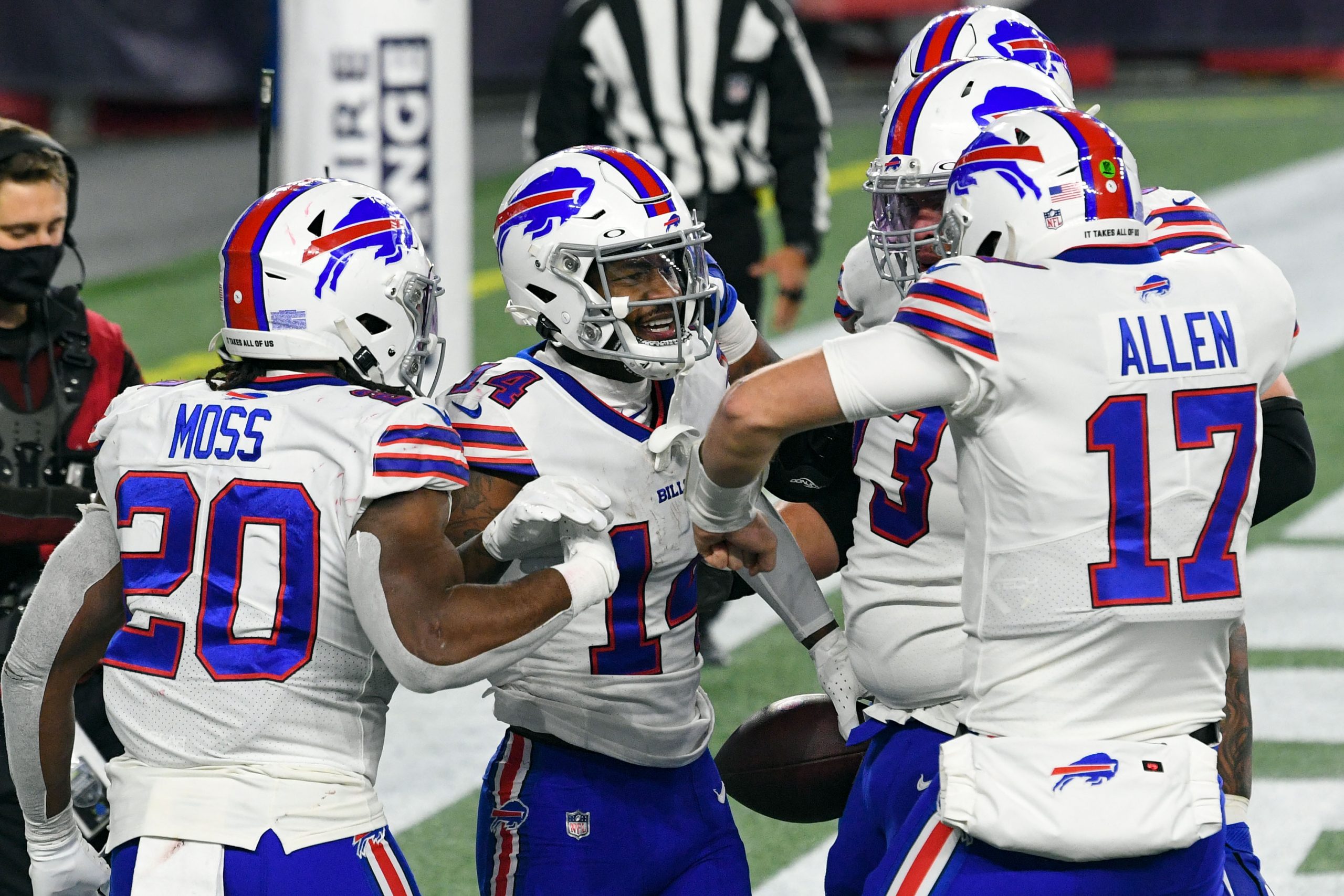 The Buffalo Bills sent out a clear message to the rest of the league on Monday night: they’re the team to beat in the AFC. Buffalo dismantled the New England Patriots 38-9, maintaining their status as the number two seed in the conference and winning their fifth straight game, all by at least ten points.

The football game itself wasn’t much of a contest. New England got on the board first, settling for a field goal after a sure touchdown was dropped two plays earlier. Buffalo equalized and then ran away with it in the second quarter, scoring three times to put the game out of reach by halftime. Stefon Diggs caught three of the Bills’ five touchdowns and set the franchise record for most receiving yards in a season. Josh Allen also broke a significant record, surpassing Jim Kelly’s single-season total with his 34th touchdown pass.

So who can beat the Bills?

The Kansas City Chiefs have locked up the top seed, and the tremendous advantage of a first-round bye that comes with it. Patrick Mahomes and co. are the defending champions, have only one loss, and beat the Bills by nine when they met in Week 6. But this Buffalo team has clicked since then, on both sides of the ball, and the Chiefs’ last few games have been uncomfortably close. Allen and his offense have consistently played for the better part of two months at a level the Chiefs only reach when at their best, so don’t lock in Kansas City as the AFC champion just yet.

The way to beat this Bills team is by exploiting their weaknesses, and while they don’t have many clear ones at the moment, the run defense is still questionable at times, and the team best-equipped to take advantage of that is the Baltimore Ravens. Baltimore will enter the playoffs with a worse record than they deserve, due in part to a midseason coronavirus outbreak, and they play a style of football that can drive any defense crazy. The Bills will hope that Week 17 works out in a way that they start their postseason run against anyone else, because if they do, it will be a heck of a task to stop them.