Monday Night Football reaction: Have the Steelers used up all of their wins? 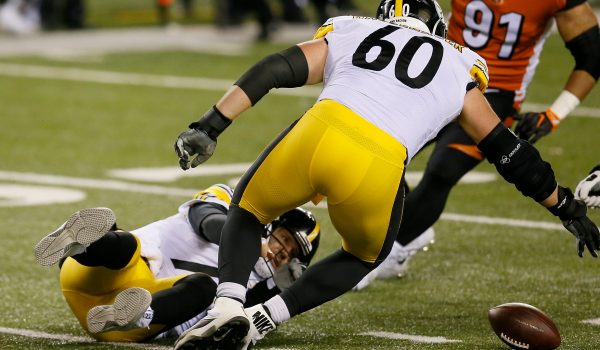 If you jumped on the Pittsburgh Steelers bandwagon after their ninth, 10th, or 11th win of the season, that looks to be a poor choice in hindsight. The Steelers dropped their third straight game since starting the year 11-0, and Monday’s 27-17 defeat against the Cincinnati Bengals was their most embarrassing performance yet.

You know what to do bettors

It’s been clear in recent weeks that Pittsburgh’s defense is still playoff-caliber, but their offense has been nowhere to be found. Even against the last-place Bengals, who seem to be a lock for a top-three draft pick for a second year in a row, Ben Roethlisberger and company didn’t look like they belonged. The veteran quarterback threw for just 19 yards in the first half. One of Pittsburgh’s two second-half touchdowns came after a questionable pass interference call on fourth down gave them the ball at the 1, so don’t look too much into that.

More than anything, though, the story of the game was turnovers. Cincinnati scored all 17 of its first-half points off takeaways–two fumbles and one interception. The Bengals started inside the Pittsburgh 40 on all three of those drives. With their field goal in the final seconds coming after a Steelers turnover on downs, the Bengals totaled 20 points on the night directly following a turnover.

Bengals fans shouldn’t get too overly excited about this win; I’m sure it feels amazing to beat Pittsburgh, especially around Christmas, but this was more about the Steelers playing poorly than the Bengals doing anything well.

With this loss, the Steelers (+1000 to win the AFC) gave up the AFC’s second seed to the Buffalo Bills (+400 to win the AFC), with whom they’re now tied at 11-3. More importantly, they’ve made a division race that once looked out of reach uncomfortably close. The Cleveland Browns are just one game back at 10-4, and the two teams meet in Week 17. The Steelers face another 10-4 team in Indianapolis this coming week, meaning the possibility of them entering the playoffs as a wild-card team rather than division champions is all too real (they are -360 to win the AFC North; Cleveland is +275).

Who can Pittsburgh beat in the playoffs?

The Steelers will be in the playoffs one way or another, but given the way they played on Monday night and in their past three games it will be hard for them to beat anyone. Teams like the Colts and Dolphins are hot and can score a ton of points against even Pittsburgh’s defense. And those are actually best-case scenarios; it’s looking more and more likely that they’ll have to play Cleveland, Baltimore, or even Tennessee if they fail to win the division.

Unless they make some drastic improvements, this Steelers team isn’t beating any of them come January.

NFL 5h ago
How the return of fans could impact NFL betting: Which teams might benefit most?