HomeAnalysisNFL AnalysisMonday Night Football reaction: Packers and Falcons are who we thought they were

Monday Night Football reaction: Packers and Falcons are who we thought they were 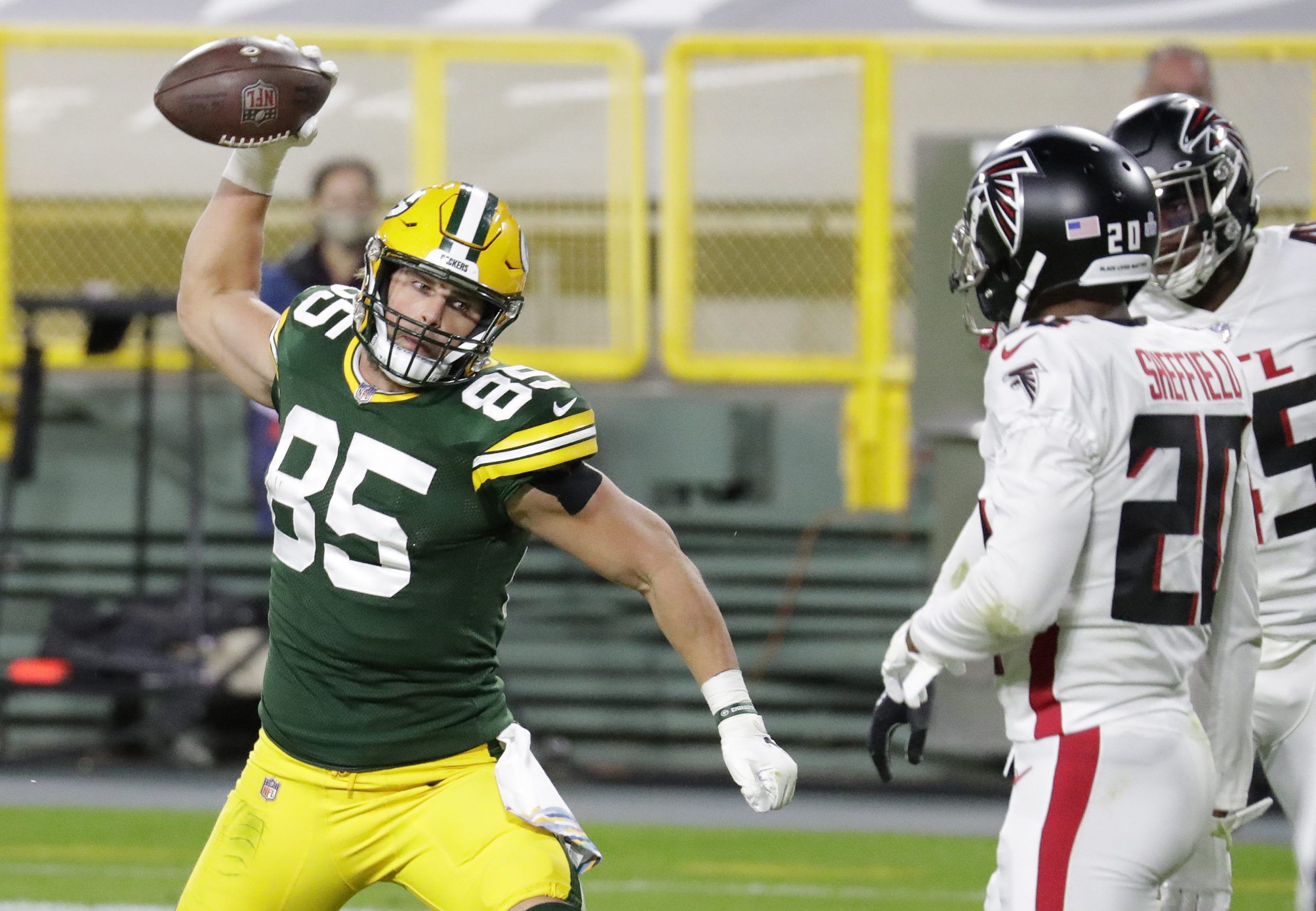 An unexpected double-header of Monday Night Football did not exactly turn out to mean that football fans doubled their pleasure. No one should be surprised that both games were less than intriguing for viewers–unless you had fantasy football or betting implications on the line.

As -10.5 home favorites, the Kansas City Chiefs took care of the Cam Newton-less New England Patriots in a contest that was rescheduled from Sunday due to Newton’s positive coronavirus test. In the official MNF game, the Packers–as -5.5 home favorites–eased past the winless Atlanta Falcons 30-16.

Just how good are the Packers?

Of course, if you’re a Green Bay cheesehead, a fan of Aaron Rodgers, and/or Rodgers fantasy owner, the Monday night festivities were extremely enjoyable. Even without Davante Adams at his disposal, the 35-year-old completed 27 of 33 passes for 327 yards and four touchdowns without throwing an interception.

Rodgers and company simply did what they had to do at the expense of a bad team. More impressive is the Packers’ overall body of work this season. A quarter of the way in, the sample size is starting to get substantial and it is looking more and more like this team is the real deal.

A-Rod has passed for 1214 yards with 13 touchdowns and no interceptions. Running back Aaron Jones (111 yards from scrimmage, one touchdown against Atlanta) has 375 rushing yards, 135 receiving yards, and six total TDs. Adams (hamstring) now has a bye week with which to get healthy and he should be good to go in Week 6. As for the defense, it delivered its best performance of the year in limiting the Falcons to 16 points, 327 yards, and 4.8 yards per play.

All of that being said, we did not exactly learn a whole lot about Green Bay in this one. After all, beating the Falcons does not really mean anything these days. We will find out a lot more about the Packers when they return from their Week 5 bye to visit the Tampa Bay Buccaneers on Oct. 18.

While the jury is still out on the Packers in terms of how they stack up with the other undefeated teams such as the Chiefs and Seattle Seahawks, Monday’s contest confirmed with 100 percent certainty the 2020 fate of the Falcons.

Only one team in NFL history has made the playoffs following a 0-4 start (the 1992 San Diego Chargers). Even with the postseason field being expanded to seven teams per conference, Atlanta is not going to be the second. This team isn’t just 0-4. It is now massively banged up on both sides of the ball, down to its third-string and even fourth-string players in the defensive secondary and dealing with another Julio Jones injury.

Which undefeated team is the BEST in the #NFL? #Seahawks #GoPackGo #BillsMafia #ChiefsKingdom #Titans #HereWeGo pic.twitter.com/o477utzYec

Jones (hamstring) did not play in the second half against Green Bay. Safety Keanu Neal and cornerbacks Ricardo Allen and A.J. Terrell (coronavirus) were already out, and safety Damontae Kazee likely suffered a torn Achilles on Monday night. This defense could not stop anyone even with its starters on the field, and it looked positively lost from start to finish against Rodgers.

Now it is the entire season that is already lost for the Falcons. The only remaining intrigue is if head coach Dan Quinn sees it though until the end. Bill O’Brien was the head coach of a different 0-4 team (the Houston Texans) and he got fired on Monday afternoon. Needless to say, that does not bode well for Quinn. You might want to stay tuned to Adam Schefter’s Twitter feed this week…