HomeAnalysisNFL AnalysisMonday Night Football reaction: Vikings are back, stick a fork in the Bears

Monday Night Football reaction: Vikings are back, stick a fork in the Bears 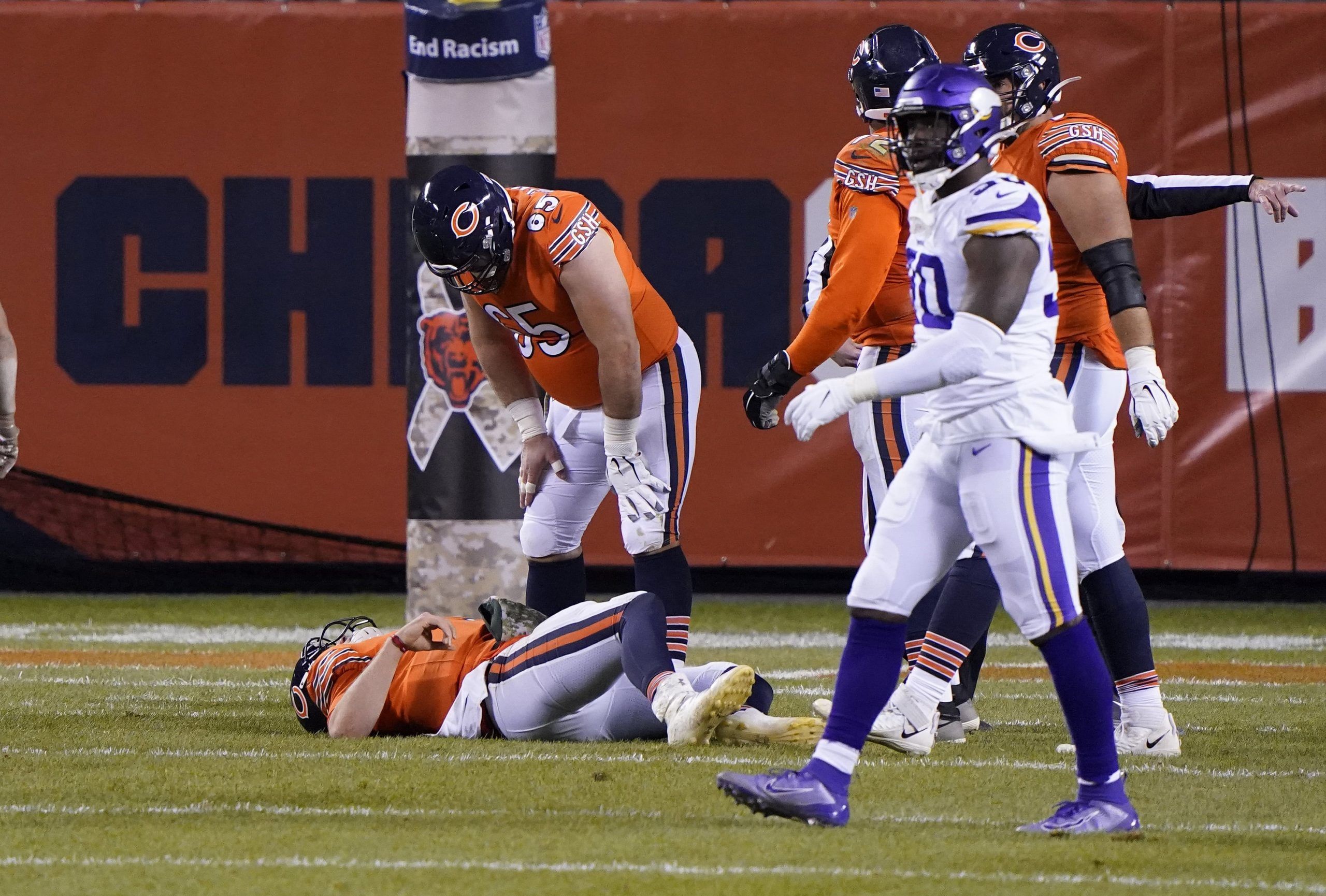 I'm an editor here at Pickswise who was raised in a household full of sports fanatics. Since I unfortunately never had LeBron James' jumping ability I wasn't able to make it to the NBA, and chose writing about sports as the next best thing. An avid sports bettor myself, I'm excited to get to write about the industry as it gets set to take off across the country. Buckle up.
Updated: 4:29 AM ET November 17, 2020

Week 10 of Monday Night Football was a must-win game for two NFC North teams, and the Minnesota Vikings emerged victorious over the Chicago Bears. Minnesota is now on fire with three straight wins, while Chicago is in free-fall with four straight losses.

The 19-13 finish was ugly at times, mostly for the Bears. Chicago might still technically be in second place at 5-5, but it sure doesn’t feel like it. Their season feels just about finished, especially with quarterback Nick Foles going down at the end of the game. Let’s dive into what the primetime clash means for both sides.

The Vikings are back in it

Minnesota got off to an abysmal 1-5 start, but it looks like they could pull off something similar to the 2018 Colts, who made the playoffs after also starting 1-5. The Vikings have now won three straight, and when you dig into it they were never as bad as many people thought. Their first four losses came to the Packers, Colts, Titans, and Seahawks, four of the league’s better teams.

The losses to Tennessee and Seattle both came by only one point. The offense has been one of the most efficient in the league over the past month, and the youthful defense is starting to come along. With how many young guys they have at corner, it was always going to take some time for them to develop.

With Dalvin Cook they have a dominant runner who can set the tone, and Kirk Cousins showed on Monday night he can lead the team to victory even when Cook doesn’t have any room to run. Making things even better for the Vikings is the fact that their schedule is ridiculously easy coming up. Their next three games are against the Cowboys, Panthers, and Jaguars, teams with a combined record of 6-22. If they win those games, all of a sudden they’re 7-5 and looking very good for a playoff spot in the NFC.

The Bears are just about done

The Bears’ 5-5 record might suggest they’re still alive, but there’s no reason to believe they’ve got any life left. To call the offense anemic at this point would be a dramatic understatement. They somehow managed to put up only 149 total yards of offense on Monday night, a ridiculously low total that’s practically unfathomable in 2020. They managed only 108 passing yards on 31 attempts against a Minnesota secondary that had been allowing 8.0 yards per attempt on the season.

The Vikings have had one of the league’s worst coverage units this season, and yet Foles still couldn’t get anything going. The final score was misleadingly close, as the only reason it was a one-score game was that the Bears scored a kickoff return touchdown. Even most awful quarterbacks still have occasional moments of brilliance, but Foles has been incredibly consistent with his mediocrity. Since taking over the job from Mitchell Trubisky, he has yet to average more than 6.6 yards per attempt in any of his eight games. That’s hard to do.

Now Foles is hurt, and so is Trubisky. Tyler Bray, with a grand total of four NFL snaps under his belt entering Monday, is the next man up. Needless to say, things could get very ugly. They already had no run game to speak of, and those troubles will only be exacerbated by the quarterback situation.

The defense has been playing their hearts out, but it’s only a matter of time before they can’t take the disappointment anymore and start to fall off. Unlike the Vikings, their schedule doesn’t get extremely soft coming up. They’ve still got another game against the Vikings and two against the first-place Packers, including in their next game on Sunday Night Football in Week 12. At this rate, they could be in for another primetime bludgeoning.

Nick Foles to throw an INT ALWAYS A LOCK 😂