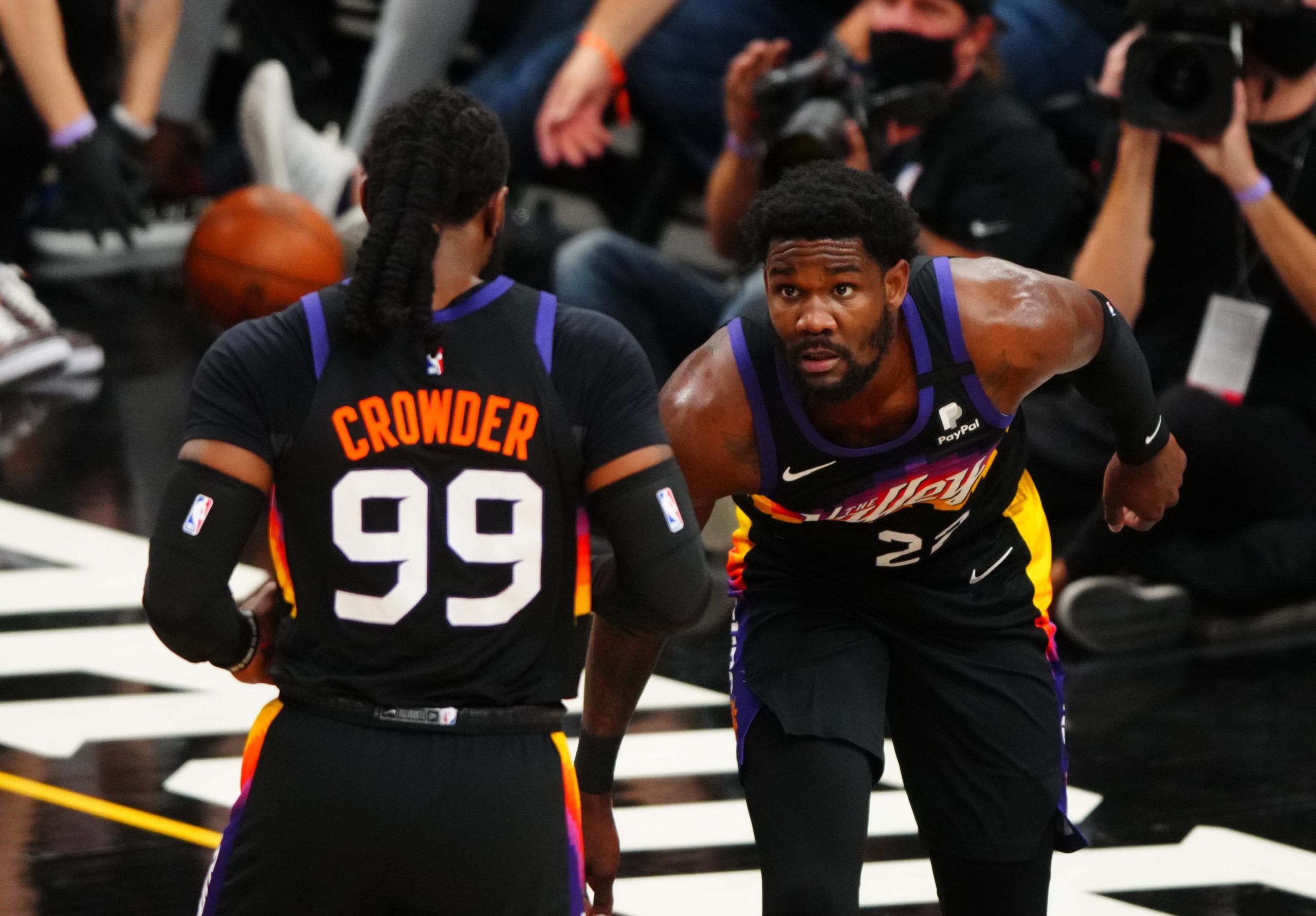 Long time NBA fan, have been following the game closely for 21 years now. Joining the Pickswise writing staff for the 2020-21 season. Hopefully we can make some money together! Oh, and I firmly believe Lebron James is not one of the two best basketball players of all time. Yeah, I said it.
Updated: 14:57 PM ET July 17, 2021

Ladies and gentlemen, we have a series on our hands. The Bucks and Suns are now tied at 2-2 heading into Game 5 on Saturday, with both teams desperate to move one win away from the NBA Championship. Will Milwaukee make it three wins in a row, or can Phoenix get back on track and regain the lead at home?

Tip-off is scheduled for 9.00pm ET with the game airing live on ABC, and we have picked out four of our best bets and put them together in a same game parlay. Find it below!

This same game parlay pays at nearly 12/1 with FanDuel Sportsbook. As you can see, we like the Suns’ players to get it done in their respective props, while Giannis Antetokounmpo can once again explode and have a big game for the Bucks. Let’s break it all down.

Ayton has been reliable when it comes to rebounding this entire postseason run — he’s currently averaging 12.2 per game. I think the up-tempo style of play we’ll see in Game 5 from both teams will benefit him similarly to the series opener in which he had 19 rebounds. He’s coming off just six points scored in Game 4, but he was very active on the boards, finishing with 17, and making a big impact on the game for Phoenix. If the Suns do indeed play smaller, Ayton can still play 30+ minutes and his primary objective will be guarding Giannis and cleaning the glass.

Check out our full game preview for Milwaukee Bucks vs. Phoenix Suns

Game 4 was a big disappointment for CP3, he finished with five turnovers and had one of them in the closing minutes of the game with the Suns being down 2 points. His handle didn’t look right all night long and now it’s time for him to have a bounce back game. Twice already in this series he has gone Over 8.5 assists, playing in front of the home fans and being the motor of this team I think he could get double-digit dimes this time around. Booker has finally woken up offensively, so expect him to put up a ton of shots and Paul to feed him the entire game.

He really stepped up his production in the two games on the road scoring 18 and 15 points. Game 3 was especially impressive as he went 6-for-7 from three-point line. Wednesday’s game was a bit different, he drained three shots from distance and went 6-for-7 from the charity stripe. Over the course of the current postseason run he has gone over 2.5 made threes 11 times, so he will definitely get his 6.5 attempts on Saturday night. With the Bucks focusing mainly on shutting down Booker and Paul, I think Crowder has a solid chance for another solid output in Game 5.

Find out our first basket best bets for Bucks vs. Suns, including a +1000 longshot!

Giannis didn’t have to do as much offensively in Game 4 as we’re accustomed to seeing from him — Khris Middleton carried the load and scored 40 on Wednesday. With the series now going back to Phoenix, the Bucks cannot rely on Middleton as he simply hasn’t been consistently reliable this postseason. The Greek Freak on the other hand has already had two 40+ point performances in these Finals, one of them at Phoenix. The Suns are trying to build a wall and stop him, but that has not worked well so far. Giannis is making over 70 percent of his two-point shots and I think we’ll see yet another big scoring game from him in Game 5.