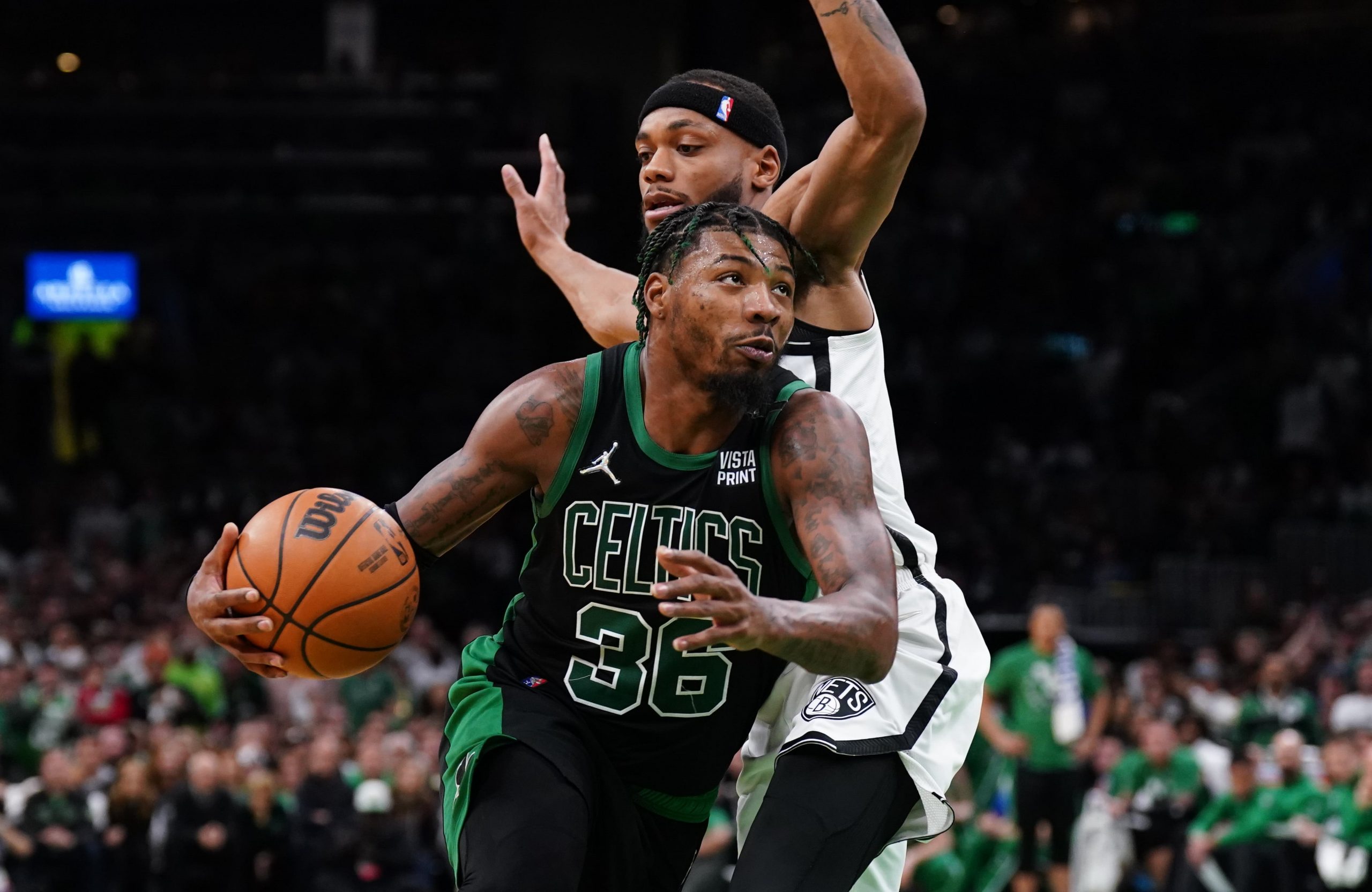 In the words of former Atlanta Hawks center Zaza Pachulia, “we’re going to Game Seveeeeeeeeeeeeeeeeeeeeeen!” That decisive 2008 first-round contest worked out well for the Boston Celtics, as did the playoffs as a whole. They ended up winning it all, beating the Los Angeles Lakers in the NBA Finals. Now Boston has to hope that a Game 7 in the 2022 Eastern Conference Finals produces a similar result and propels the franchise to its first title since that 2008 triumph. The Celtics had a chance to close out the Miami Heat at home on Friday, but the Heat managed to stay alive and send the send the series back to South Beach.

For now, we aren’t worried about which team will advance to play the Golden State Warriors. No, in this piece we are focused on just the very start of Sunday’s winner-take-all showdown. Who will score the first basket?

Let’s take a look at the best bet.

Needless to say, the tipoff is the most important factor that should be looked at when deciding on first-basket bets. Players on whichever team gains possession are going to have by far the best opportunities. Unfortunately, it’s not easy to predict the jump-ball outcome in this particular matchup. One, you can’t be sure which player Boston will send to the circle – either Al Horford or Robert Williams III. Either way, all three jump-ball candidates (Horford, RW3 and Miami’s Bam Adebayo) are of a similar skill level when it comes to this discipline. All three were between 65 and 68% during the regular season. Taking a look at this series, Adebayo is 3-1 in opening tips against Williams and 0-2 when facing Horford. In other words, the Celtics might as well give the assignment to Horford. If they do, I will back Boston to get the ball first.

If that happens, don’t be surprised if Smart is the beneficiary. The former Oklahoma State standout forked up a team-high 15 shots in Game 6, 9 of which came from 3-point range. He finished 14 points, the 9th time he has scored at least that many points during these playoffs. Smart can be thought of as a big-game player, too, so I expect him to try to set the tone early in the biggest game of the season to date. With Jayson Tatum and Jaylen Brown commanding most of the defensive attention and neither Williams nor Horford attempting a huge number of field goals, Smart could be the guy. It should be emphasized that the 28-year-old is the absolute longshot among all 10 starters at +1300 odds. That gives him outstanding value.