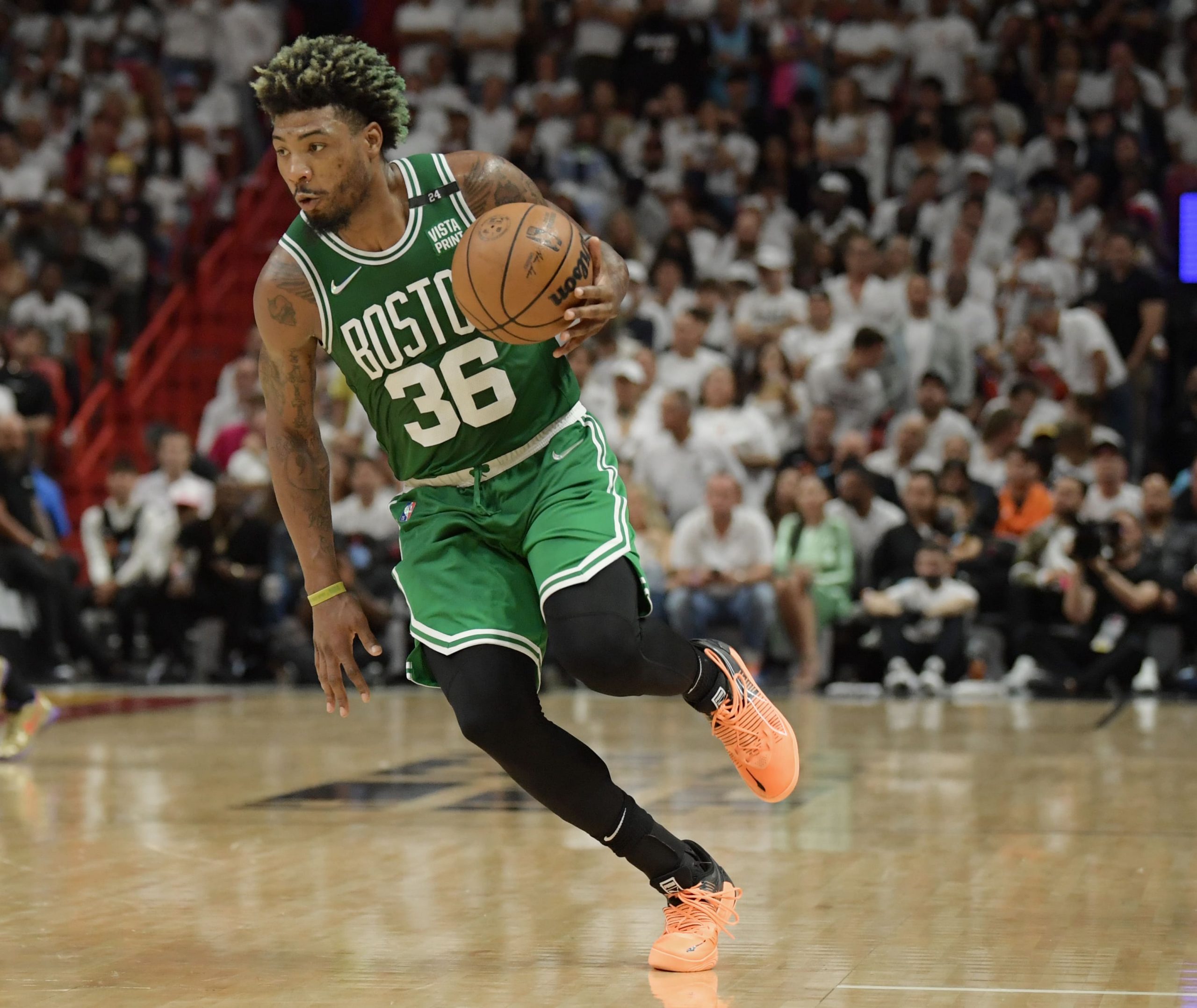 The NBA Finals are here. The Boston Celtics have overcome an incredibly tough Eastern Conference, being underdogs at the start of each series. The same is the case once more in the finals. The Golden State Warriors have been inserted as favorites to win yet another title. The hosts tonight were able to overcome the Dallas Mavericks in the Western Conference Finals, but face a much sterner test against a team as good defensively as the Celtics.

You can find all of our NBA coverage here. But for now, check out who I believe will make the first basket in tonight’s game below.

These teams played twice in the regular season, both gaining the first possession once. Now Robert Williams III and Kevon Looney are set to face off at tip once again. I would give the advantage to the Celtics center here. Looney helped the Warriors win the tip in 3 of 5 games against the undersized Mavericks in the Western Conference Finals. He could struggle to have the same advantage against the more traditional bigs that the Celtics possess.

Stephen Curry will undoubtedly be causing the Celtics headaches when it comes to his offense, which will make it crucial that the visitors cause him to work on the other end of the floor. The man to do that would likely be Celtics guard Marcus Smart. Expect him to set the tone from the beginning. The Warriors were one of his favorite opponents during the season, averaging 19.5 points per game against them. He was able to do this on 58.3% from the field. Both are improvements on his season average of 12.1 points on 41.8% shooting.

The Warriors do not have a traditional shot blocker on their roster. Draymond Green is more than a capable defender, but Al Horford should be able to force him away from the paint. That should allow Smart to single out Curry without the fear of a help defender interfering. Smart has a lower center of gravity than Curry which would give him an advantage driving towards the rim. I expect him to attack the Warriors star here, potentially looking to get him into foul trouble. So, while he only attempts the first field goal for the Celtics in 16% of his starts, circumstances demand he puts on the pressure. That makes him a great candidate to make the first basket tonight, especially at +1300 odds.