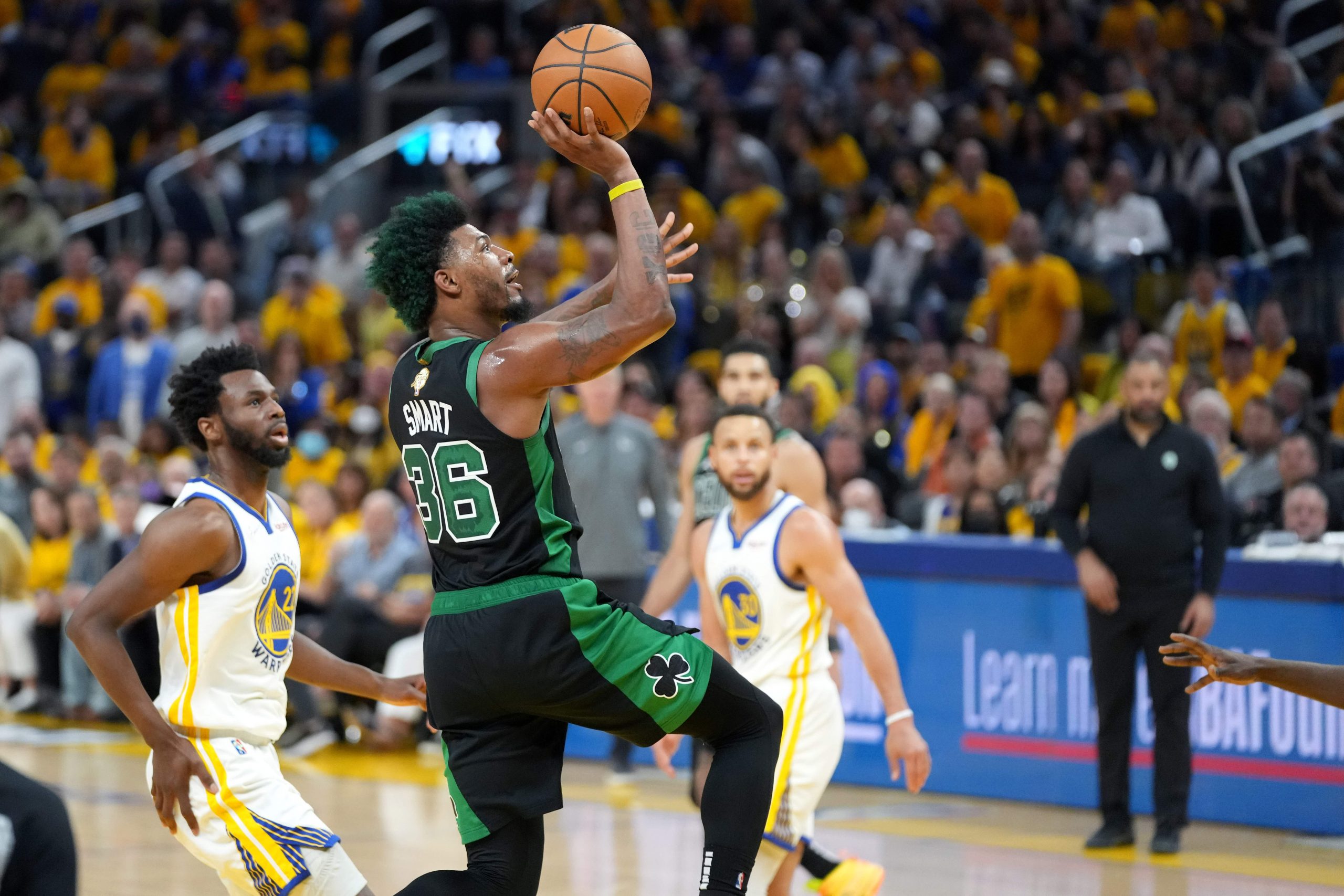 To say that the 2021-22 NBA Finals have been a roller-coaster ride would be an understatement. The Golden State Warriors started with home-court advantage, lost it to the Boston Celtics after dropping Game 1 at the Chase Center, got it back by winning Game 4 in Boston and then somehow managed to maintain it with a home victory in Game 5 even though Stephen Curry went 0-for-9 from three-point range.

Fourth quarters have been story of the series so far. The Celtics completely dominated the final frame in each of their two wins, while the Warriors did the same thing in both Game 4 and Game 5. For now, though, we are only concerned with the very start of the action rather than the end. Which player will put up the first points of Game 6 on Thursday night and cash those first-basket bets?

These playoffs have been extremely profitable for me in the department of first-basket betting, including a Marcus Smart +1200 winner in Game 4. Let’s keep the momentum going with my best bet for Game 6!

The tipoff is the most important factor that should be looked at when deciding on first-basket bets. Obviously players on whichever team gains possession are going to have by far the best opportunities. Boston big man Robert Williams III is 3-for-5 on opening tips in this series (2-for-3 against Kevon Looney and 1-for-2 against Draymond Green). The two that RW3 lost were wildly mistimed jumps, so I’m not too concerned about him possibly losing it again on Thursday barring another fluke. Golden State started Otto Porter Jr. over Looney in Game 4 and Game 5, leaving tipoff duties to Green. Even though Looney will pretty much always get more minutes than Porter, there does not appear to be any reason for head coach Steve Kerr to mess with success after his team won both Game 4 and Game 5 with Looney coming off the bench. Thus you can assume it will be Williams and Green in the tipoff circle. Green is 4-for-8 in the playoffs after going an anemic 2-for-9 during the regular season. Williams won 65.7 percent of his jumps in the regular season.

Playing at home and in a must-win situation will only inspire the Celtics to come out with even more energy, so I like them to score the first points. There is simply no debate that Smart at +1100 has the best value of all 10 starters — not just Boston’s five. On Monday he scored 20 points (second on the team behind Jayson Tatum) with a 7-for-15 effort from the floor. Smart attempted 17 shots in Game 3 (second-most on the C’s behind Tatum) and made 8 of them to finish with 24 points. He forked up three shots in the first 4:23 of the contest, making one. In both Game 1 and Game 2 the former Oklahoma State standout made Boston’s second basket. Clearly he is involving himself early and often in these NBA Finals and he should continue to do so given the way he is playing. Smart was the smartest choice the last time the Celtics played at home and we are going right back to the well for Game 6.

Be sure to check out all of our NBA coverage