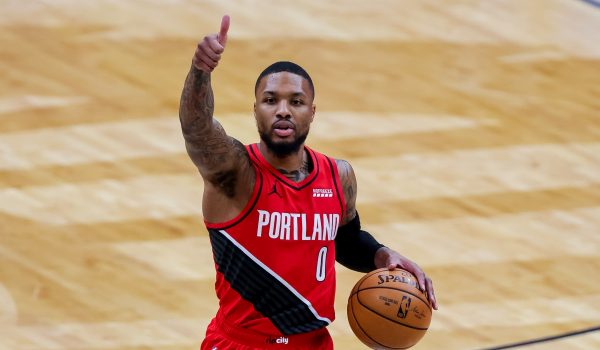 After cashing last night’s +1134 same game parlay in the Brooklyn Nets vs Indiana Pacers matchup, we go back at it again in tonight’s eight-game slate! One of those teams remains the same in the Brooklyn Nets, but this time they go up against the Portland Trail Blazers on NBA TV at 8 p.m ET.

There are seven more games tonight, including the Sacramento Kings vs. Los Angeles Lakers starting on NBA TV at 10.30pm ET. Be sure to check out our picks on the side and total for every single one of tonight’s games.

The Blazers are starting to heat up with two straight wins over Indiana and Memphis. They scored 130+ in both games, so the offense is there. Three players finished with 20+ points against Indiana. In head-to-head matchups, they’ve beaten the Nets in 11 of the last 15 games. That includes a 5-0 streak in the last five games played in Brooklyn. Portland is also 4-2 ATS in their last six overall — they are in good shape coming into tonight’s game. Brooklyn could opt to rest Kevin Durant here as it would be his second game in two nights, which they’ve been avoiding for most of the season.

Be sure to check out our full game preview for Portland Trail Blazers vs. Brooklyn Nets.

He has been focused more on assisting rather than scoring this month. Lillard has averaged only 22.3 points this month, which is almost six points less than his season average. His assists are still there though, on the season he’s averaging 7.4 per game and in the one game he played against Brooklyn this season he recorded nine. He averages more assists on the road than at home – 8.2 compared to 6.8. If the Blazers want to win tonight, Lillard will have to share the wealth.

He has scored 20+ points in his last four games, averaging 23.8 per game. Twice he has gone over 22.5 points and for the season he is averaging 23.3 per game. His shooting percentages go up in road games and his scoring as well, from 23.3 to 25.6 per game. Brooklyn ranks only 22nd in the NBA when it comes to points allowed, their primary focus will be on stopping Lillard so that gives McCollum a chance to shine as the second option.

The Bosnian Beast has been rebounding well over his last four games averaging 13.8 per game, this includes two monster nights of 17 and 19 rebounds against the Memphis Grizzlies. Brooklyn is the fourth worst defensive rebounding team in the NBA with just 32.3 per game, we expect a fast-paced game here which could result in a ton of extra opportunities on the boards for Nurk.