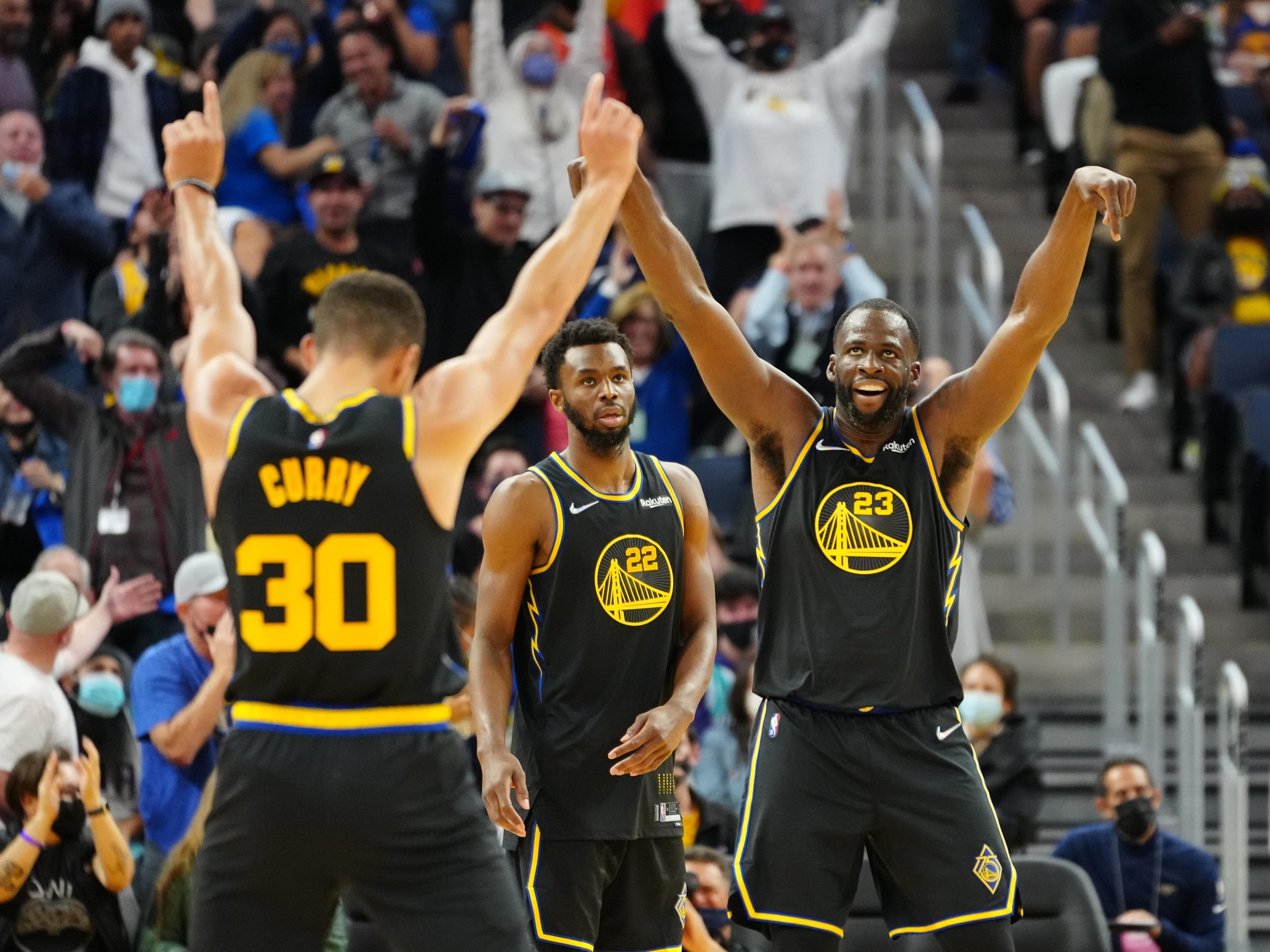 Whilst this should have been an exciting game between two rising teams, the injury to Zion Williamson has really derailed the Pelicans season. Their superstar’s absence has meant the team has got off to a slow 1-8 start this year. And with the red-hot 6-1 Warriors in town, things are unlikely to get easier. You can take a look at our full game preview here, but for now, let’s see today’s same game parlay.

The visiting Pelicans come into this game on a 5-game losing streak, losing to the Sacramento Kings by a final score of 112-99 in their most recent game on Wednesday night. With Brandon Ingram (hip) sidelined, the Pelicans struggled to maintain consistent offense late in the game, scoring just 12 points in the final quarter. The Pelicans are 4-5 ATS this season and currently rank 24th and 25th in offensive and defensive efficiency. The Pelicans have scored 100 or fewer points in 5 of their 8 total games while the Warriors have yet to finish a game below the century mark. Though the Pelicans will be hungry for a win, the Warriors are gaining confidence after every game. Their only loss was against the Grizzlies in overtime in a game in which they were up by 19 points. With these teams headed in opposite directions, take the Warriors to cover the spread.

This is a good matchup for the greatest shooter we have ever seen take the NBA floor. Stephen Curry has been launching it from deep so far this season, with 80 of his 128 field goal attempts coming from beyond the arc. However, his success from there has been up and down so far this year. He has hit 6 or more shots from deep in only 3 games so far. But the volume of shots he attempts should ensure that happens again soon. It is only a couple of games ago that he attempted 20 three-pointers against the Memphis Grizzlies, and anything like that again should ensure this prop hits.

The Pelicans have also been poor at defending the 3-points line, ranking 26th in the NBA in opponent 3-point percentage. Teams are currently shooting 38% against them, which should allow a marksman of Curry’s quality to improve his efficiency. The Pelicans also have an undersized point guard in Devonte’ Graham who could have trouble contesting his shots. And in the middle for the Pelicans, they have Jonas Valanciunas, who struggles to defend pick and rolls if he is forced out to the perimeter. However, since he is one of the main offensive threats on this team, the Pelicans will be forced to keep him out there tonight. As a result, Curry should find himself plenty of clean looks from deep.

Draymond Green has really been helping on the boards, with 3 straight double-digit performances on the glass. Tonight more than ever his presence will be needed on the inside to help out Kevon Looney against Valanciunas. The Pelicans are third in the league in offensive rebounds per game. The Lithuanian big man is a huge part of that, ranking second in the league in rebounds. The Warriors have recently faced another great offensive rebounder in Steven Adams and Green certainly did his bit to help the Warriors out, managing 12 boards. Against a similar threat tonight, expect him to reach double digits once again.