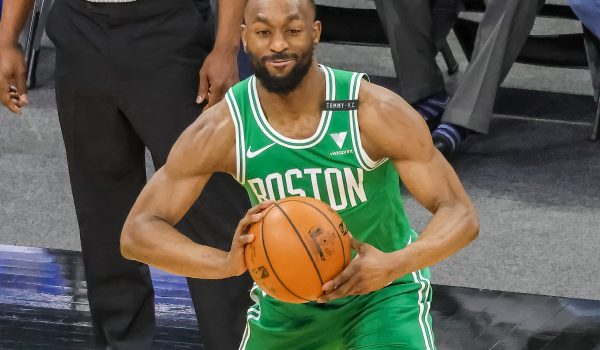 We’ve entered the final week of the NBA season and what a night we have in front of us!

Miami and Boston will square off for the second time in two days starting at 7.30pm ET live on TNT. The New York Knicks and Los Angeles Lakers will follow it up live on TNT at 10pm ET.

Nine more games are being played, we have predictions on the side and total for each of those, be sure to check them out!

For now, let’s focus on the Heat and Celtics for our same-game parlay.

The season series is tied at 1-1 heading into tonight’s game, so whoever wins gets the tiebreaker. Pressure is on Boston to bounce back after Sunday’s loss, Charlotte is only two games back in the standings. The injury to Jaylen Brown should rally the troops and bring the team together even more. On Sunday the Celtics hung around despite allowing 79 points in the first half. Brad Stevens will not allow that to happen two games in a row, the intensity will go up and adjustments will be made. Look for Boston to come out with a lot more energy from the start here and get the important home win.

Be sure to check out our full game preview for Miami Heat vs. Boston Celtics.

Brown was having a career year and putting up 24.7 points per game, but the Celtics announced he will miss the remainder of the season with an injury. Because of that we can expect Tatum’s role expanding even further than it already has this season. Over his last six games he scored 30+ three times and is averaging 32.2 points per game on 50 percent shooting from the field, 40 percent from three and 88 percent from the free throw line. He was just one point shy of 30 in the loss to Miami two days ago, going 11-for-16 from the field. Kemba Walker has often been inconsistent and if he is tonight, expect Tatum to take 20 or more shots and have a big scoring night.

He is averaging 5.7 assists on the season, that number has gone up to 6.5 over his last 10 games. Scoring isn’t his forte, so we can expect Smart to make plays for others here. Boston will need another ball handler now that Brown isn’t playing, Smart is ideal for that role. In his last six games he’s averaging 7.3 assists and has gone Over 5.5 assists four times. He also averages more assists at home than on the road this season, it’s a big game for Boston and Smart is one of those players that flourishes in these moments. With scorers like Tatum, Fournier and Walker all playing, there’s plenty of offensive threats to pass the ball to and get at least six assists.

There’s value in backing Adebayo to get at least nine rebounds tonight. He’s averaging nine on the season and in road games that number goes up to 9.4 per game. Ten days ago he had a stretch where he went over 8.5 rebounds three times in four games. Both teams were very efficient in Sunday’s match-up, so there weren’t as many rebounding opportunities. I doubt both teams will shoot 50+ percent again tonight, so naturally it should be a higher rebounding game in general, but also for Adebayo as well.