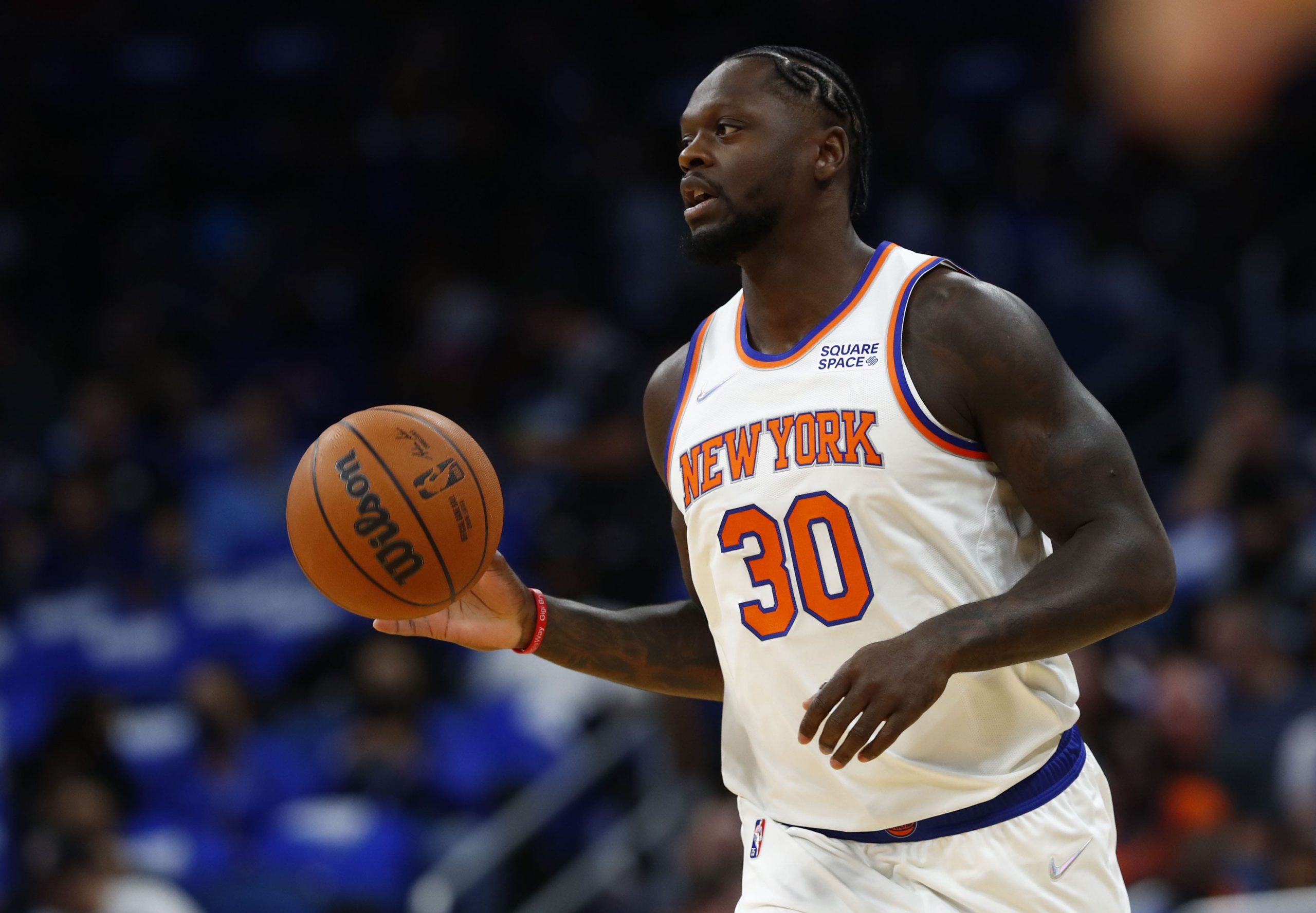 The San Antonio continue their tour of New York as they face the Knicks just a day after losing at Brooklyn in overtime. Tip-off at Madison Square Garden is set for 7.30pm ET tonight, and I’ve prepared another same-game parlay.

Continue reading to see it, but also don’t forget to check our predictions on the side and total for the rest of Monday’s 7-game slate.

Randle has been cleaning the glass on an exceptional level for the Knicks for a while now. Over his last 8 games, he’s averaging 11.6 boards per game, up from his usual 10.1 average for the season so far. He has recorded double digit rebounds in 6 of his last 8 games, and with Nerlens Noel most likely missing tonight’s game, Randle will again have to work extra hard on the boards. San Antonio ranks only 22nd in rebounds allowed this season, as opponents are grabbing 54.8 boards per game against them, and against the Nets yesterday they allowed 65 of them. On the road they are allowing 56 rebounds per game, and I expect Randle to bully his way inside and get to his season average in this one.

Walker had a big game at Brooklyn yesterday finishing with 25 points which was a season-high for him. He also made 3 threes on 8 attempts which was the 2nd time in his last 3 games that he has made 3 or more shots from distance. New York is fairly mediocre when it comes to defending the perimeter. Teams are averaging a 35 percent clip from deep against them this season, which is only 16th in the NBA. In their last game, they allowed the Boston Celtics to shoot 41.4 percent, so that is one big weakness Walker can exploit tonight. In terms of pace, the Spurs play the 4th fastest tempo in the NBA this season, and they have been involved in some high scoring games lately. If that’s the case tonight we can expect a ton of attempts from three-point land and hopefully Walker can capitalize.

Murray is the driving force of this San Antonio offense. Everything goes through him both scoring wise and assist wise. He struggled a bit shooting the ball yesterday at Brooklyn going just 7-for-22 from the field, but his assists were once again there as he finished with 12 dimes. That was the 6th time in his last 9 games that he’s recorded at least 10 or more assists and the Spurs have played some really strong opponents during that stretch. With both Kemba Walker and Derrick Rose still being out, Murray’s matchup will likely be Evan Fournier who isn’t on his level athletically and will have a hard time staying in front of him all night.