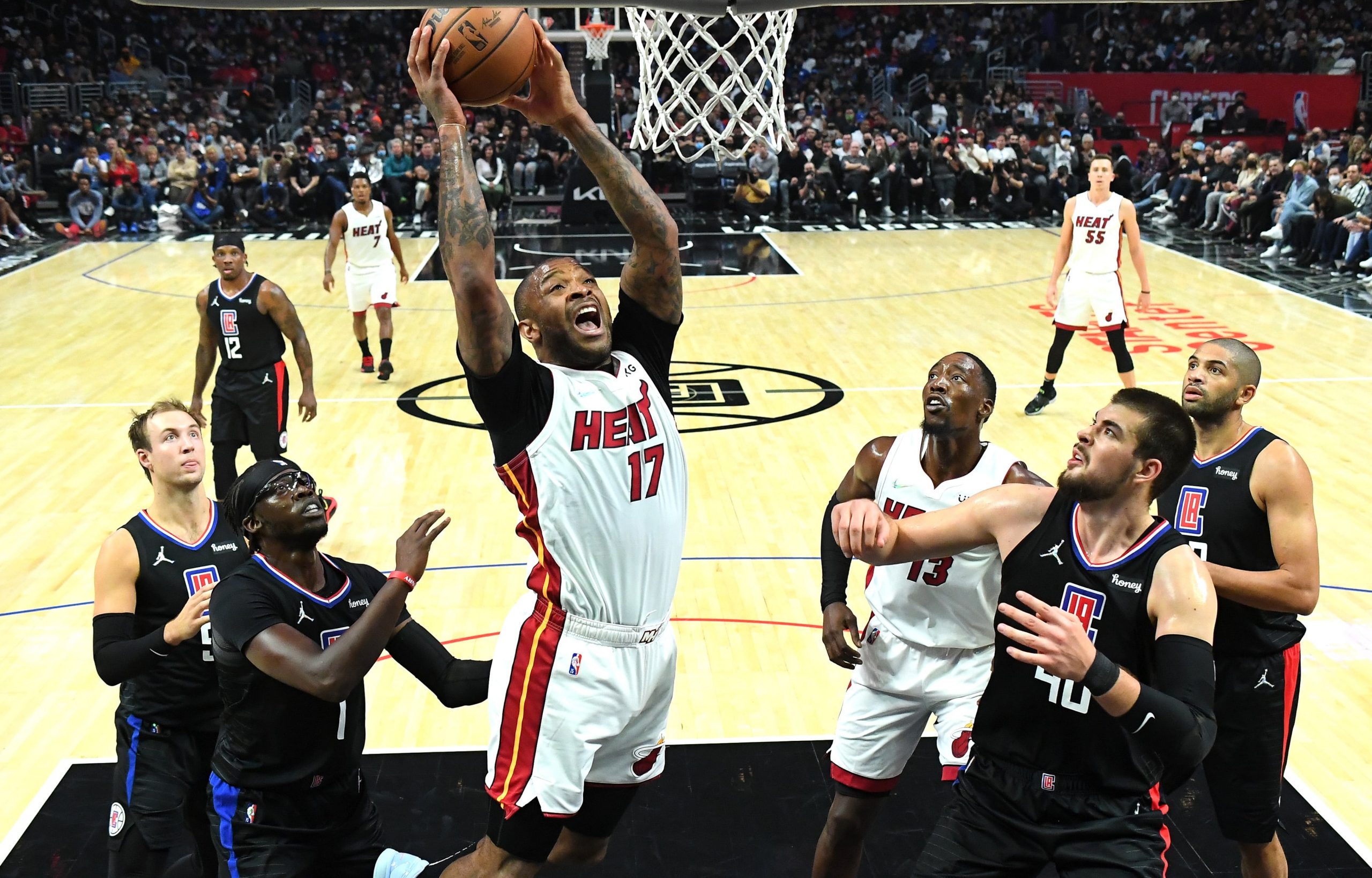 In a much-anticipated East vs West showdown, it is the Miami Heat hosting the Denver Nuggets and it’s live on NBATV. Tipoff is at 7.30 pm ET, continue reading below for our same-game parlay.

Also, don’t forget to check our predictions on the side and total for the rest of Monday’s action!

Let’s focus on the Nuggets and Heat.

If Nikola Jokic can’t go again, the Nuggets’ offense should struggle against the elite Miami Heat defense. In the 2 road games that Jokic has missed, the Nuggets have averaged 98.5 points per game. The Heat are 2nd in the NBA in opponents’ points per game, giving up 102.5. The over is 12-8 in Heat games this season and 8-11 in Nuggets games. In the 4 games Jokic has missed, the total has gone over the projected line of 207.5. The Heat are an excellent defensive team, but they should score enough to push us over the total here.

Make sure you also check out our Monday’s NBA parlay (+604 odds!)

Adebayo is averaging exactly 10 rebounds per game this season and in the game vs the Nuggets a couple of weeks ago he had exactly 10. If Jokic isn’t able to play, I expect Bam to get whatever he wants in the paint. The Nuggets are allowing 53 rebounds per game in their last 3 outings, which is an increase of 2.5 boards compared to their season average. Miami is averaging 54.3 boards per game at home this season, if they play good defense it should result in a lot of tough shots for the Nuggets and naturally more opportunities on the boards for Bam. I think he gets to double-digits in this one.

According to the latest reports Miami will be without Tyler Herro in this one, which is a big blow to their offense as he is averaging over 20 points per game this season. However, in comes the veteran three-point expert P.J. Tucker. He has stepped up on a number of occasions this month. He is shooting 57% from the field in the month of November and 53% from three-point land. Five times he has scored in double-figures and is averaging 7.6 points per game. It’s also worth pointing out that the Nuggets allow the 7th-highest percentage of three-pointers made against them on the road this season, something Tucker can definitely use in his favor here.