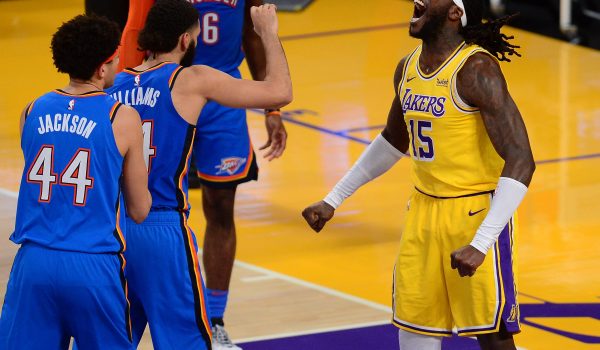 A new week tips off in the NBA with nine games being played, including an ESPN doubleheader.

The Golden State Warriors and Philadelphia 76ers will start us off at 7.30 pm ET, followed by the re-match of the Utah Jazz and Los Angeles Lakers at Staples Center at 10 pm ET!

Our +1533 same-game parlay landed on Saturday’s game between these two teams, can we land one again tonight?

We also have picks on the spread and total for the rest of Monday’s action, check those out on our website as well, but for now let’s focus on the Jazz and Lakers!

Without top scorer Donovan Mitchell, the Jazz are just not the same team. In Saturday’s game at Staples Center, the bench simply didn’t produce enough to make up for Mitchell’s absence. LA is also missing Anthony Davis and LeBron James, but newly acquired center Andre Drummond put on a show and carried LA with 27 points and an overtime win. Jazz are also just 12-14 ATS in road games this season and we’re just not sure they can bounce back with a win here without their best player.

Clarkson has been instant offense for the Jazz off the bench all season long, he is averaging 17.7 points on 43.5 percent shooting from the field. He has the green light to shoot whenever he wants and now without Mitchell he has been inserted into the starting line-up. On Saturday he scored 27 points and shot the ball 27 times. It’s also worth noting that in 46 minutes of play he didn’t attempt a single free throw. I expect him to once again be the primary scoring option for the Jazz and score over the point total with ease.

He played a great all-around game last time against the Jazz scoring 25 points and collecting eight assists and six rebounds. He is the primary ball handler for LA with LeBron James being out, the match-up will get a bit tougher for him if Mike Conley plays, but Schröder is one of those players who step up their game when the competition gets tougher. Over his last 10 games he is averaging 15.6 points and 7.8 assists per game, I have no doubt he will once again be the focal point of the Lakers offense and with everything going through him he will have no trouble going over the Points and Assists total here.