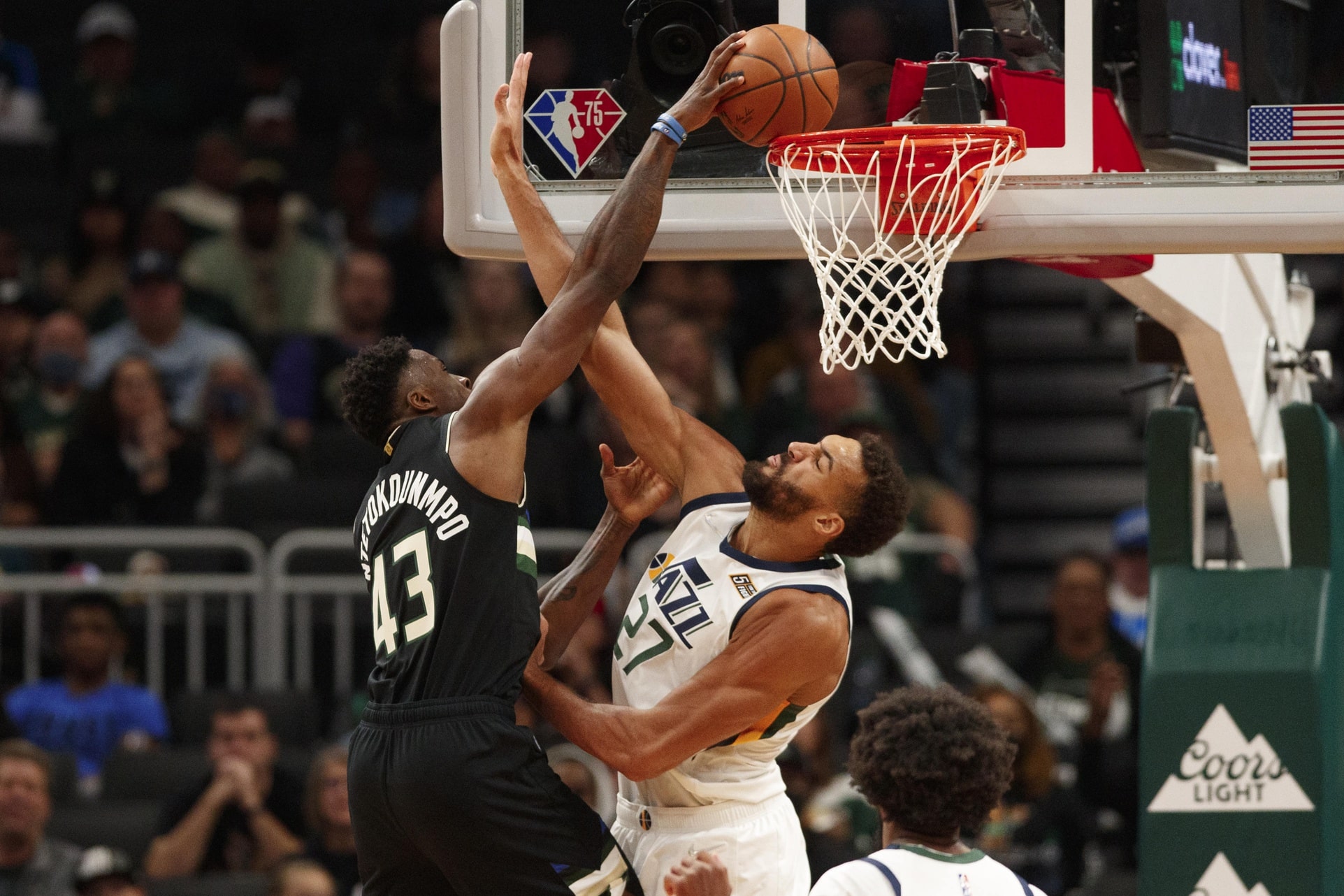 The defending NBA champions, the Milwaukee Bucks, continue their West Coast road trip as they travel to Salt Lake City to take on the Utah Jazz. Catch the game live on ESPN tonight at 10:00 pm ET, and to add even more spice to the game I’ve prepared a same game parlay which is available below.

Don’t forget to also check our predictions on the side and total for the rest of Monday’s 9-game slate.

Let’s get into the Bucks vs Jazz game now!

Although they lost to the Warriors in their last game, the Bucks are the more in-form team coming into this one. They’ve won 6 of 7 games while beating the likes of Phoenix, Chicago and Miami during that stretch. Utah has been solid at home lately, but they’ve gone just 2-2 over their last 4 overall losing to teams like the Spurs and Mavericks. To top it off there are also question marks surrounding Rudy Gobert as he missed their last game against Sacramento. If he doesn’t play that’ll be a big hit to their ambitions. The fact that the Jazz won the first meeting of the season by 12 points only adds fuel to the fire and I’m looking for Giannis and co. to get revenge tonight, but it’ll be a close one.

It will take a complete team effort to beat the Utah Jazz tonight, so we could see a couple of role players for the Bucks stepping up here. One of those players could be Grayson Allen, who has already had a big game against the Bucks earlier this season when he dropped 18 points on them, including 5 threes made. Allen has had a solid month of March so far, averaging 9.8 points per game. He has gone over 9.5 points in 3 straight and in 4 of his last 6. With the likes of Middleton and Portis struggling in the last game against Golden State, Allen has proven he can provide the necessary help on offense whenever the big 3 isn’t fully clicking.

Giannis is averaging 12.8 rebounds per game over his last 10 games and although he had only 8 against the Warriors in his last game, he has grabbed 12 or more boards in 7 of his last 9. The Jazz are one of the better teams when it comes to rebounding in the entire NBA, but the main centerpiece of their defense, Rudy Gobert, didn’t play against Sacramento last time out and it’s unclear if he’ll be ready for tonight. That’s good news for Giannis, who has recorded 12 or more boards in 7 of his last 10 games against Utah. The last time he played in Salt Lake City he finished with 15 of them, and I like his chances to repeat that effort tonight.