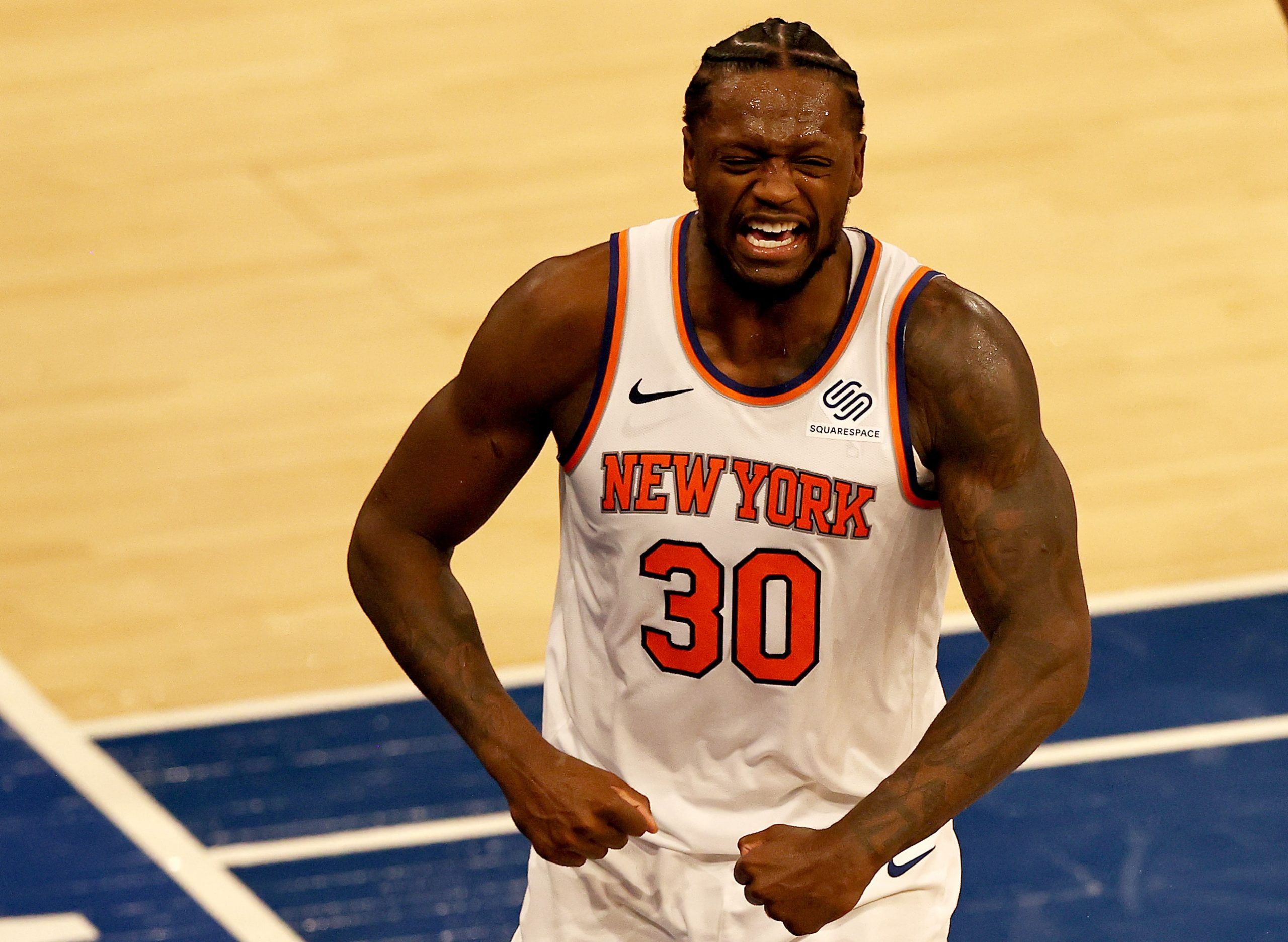 Long-time NBA fan, following the game closely for 21 years now. Joined the Pickswise writing staff for the 2020-21 season and have given out winning picks since. Hopefully we can make some money together! Oh, and I firmly believe Lebron James is not one of the two best basketball players of all time. Yeah, I said it.
Updated: 5:08 AM ET April 05, 2021

Your focus might be on Baylor vs Gonzaga tonight, but a new NBA week starts with seven games being played and we have some tasty match-ups! One of those will definitely be the New York Knicks who pay a visit to the injury riddled Brooklyn Nets as they try to move up in the Eastern Conference standings.

You can catch that one live on NBA TV tipping off at 7pm ET.

There’s also a big clash out West as Luka Doncic and the Dallas Mavericks host the Utah Jazz who have won nine straight, but for now let’s focus on the Knicks and Nets for our same game parlay.

Be sure to check out the rest of our picks on the side and total for all Monday games as well!

They might be underdogs according to the bookmakers here, but the Knicks have every right to hope for a good result here. Both meetings so far this season were close and that was with Brooklyn playing Kevin Durant in one of them and James Harden and Kyrie Irving playing in the second one. The game played three weeks ago had a controversial ending to it, you can be sure the Knicks players have not forgotten that and will be up for it tonight as they face a team that’s a on a second game of a back-to-back, playing potentially without two of their three superstars.

Be sure to check out our full game preview for New York Knicks vs Brooklyn Nets.

The Knicks rely heavily on Randle, he is their only All-Star this season and the main reason they occupy a Playoff spot this late in the season. He’s coming off a 29 point, eight rebound and 3 assist game against the Pistons in just 30 minutes. In the two meetings against the Brooklyn Nets this season he has averaged 31.5 points, 9.5 rebounds and 5.5 assists, showing us he’s capable of stuffing the box scores when it matters the most. Knicks will need him to be up for it tonight and he will be after the controversial ending last time these two teams met.

Randle can’t do it on his own though, he will need help from others and one of those will definitely be RJ Barrett. The 20-year old has upped his scoring to 19.2 points per game after the All-Star break, compared to 16.5 before that. He averages 2.6 points more on the road than at home while shooting almost 5 percent better from the field. Against the Brooklyn Nets he has averaged 21.5 points while going to the free throw line eight times per game. He is young and athletic, not afraid to attack the rim, so if his shot doesn’t fall he finds other ways to contribute.