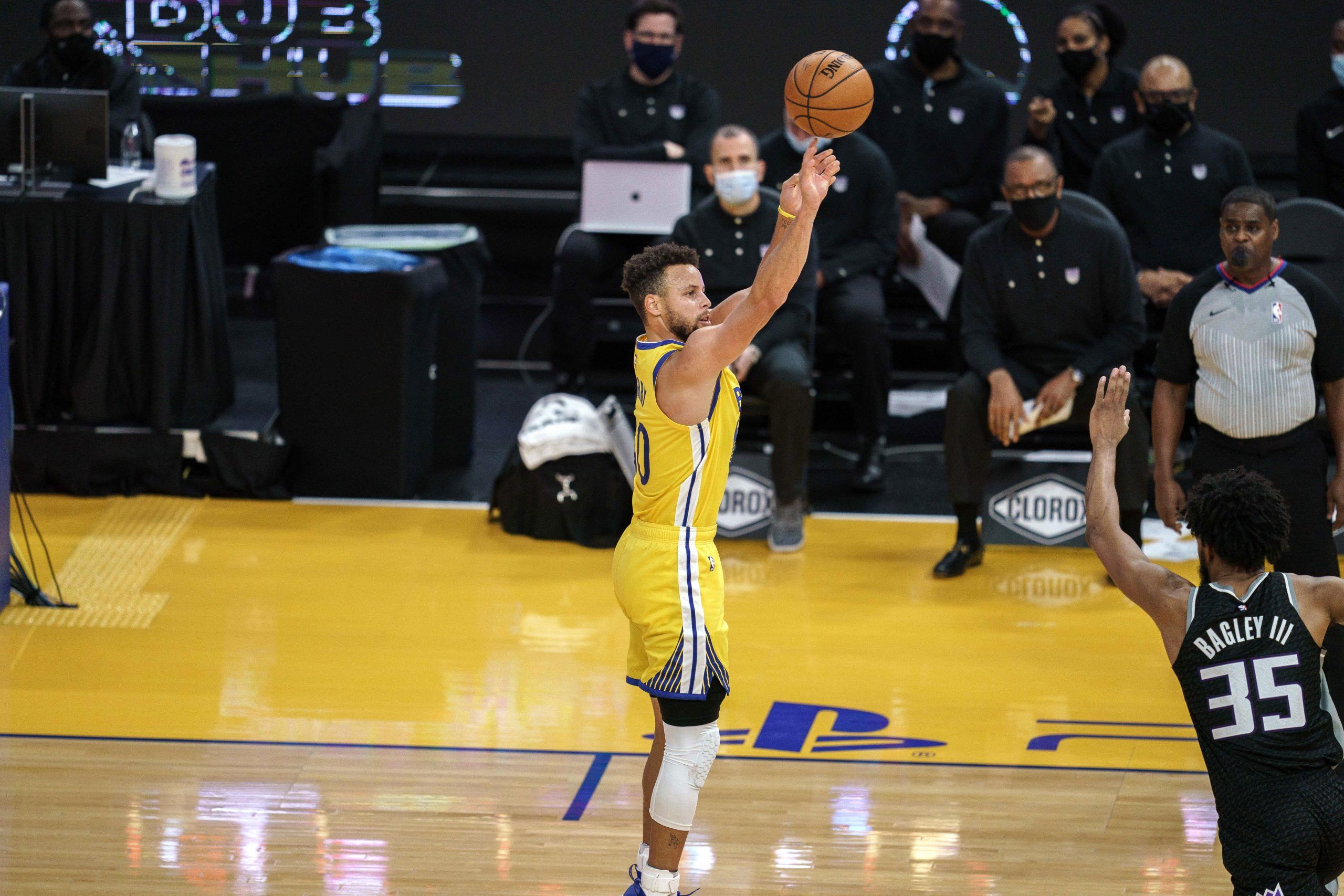 I'm an NFL handicapper here at Pickswise who was raised in a household full of sports fanatics. Since I unfortunately never had LeBron James' jumping ability I wasn't able to make it to the NBA, and chose writing about sports as the next best thing. An avid sports bettor myself, I'm excited to get to write about the industry as it gets set to take off across the country. Buckle up.
Published: 16:25 PM ET April 09, 2021

The NBA season is approaching the home stretch, and the stakes are higher than ever with teams jockeying for playoff positioning. We’ve got a nice slate on Friday, and one of the best games is this showdown between the Washington Wizards and Golden State Warriors. Bradley Beal and Russell Westbrook vs. Steph Curry, there should be plenty of fireworks.

We’ve got a simple two-leg parlay here, one which pays out just shy of 20/1 with FanDuel Sportsbook. We get a huge odds boost by combining a big Wizards win with a big Curry scoring night, when I don’t think it conflicts at all. Let me explain:

The Wizards shouldn’t be nearly this big of an underdog. And if they’re going to win this game, I think there’s a very good chance they do it big. As a team that plays in a lot of high scoring games, the variance in their final scores is quite large. Not surprisingly, each of their last four wins have come by at least eight points. In three of those four games, they’ve scored at least 131 points. The Warriors have been slumping recently, and are just 2-7 in their last nine games.

One of those wins was by just a single point against a Bucks team playing without Giannis Antetokounmpo. Now is the perfect time to take a chance by fading Golden State on an alternate spread, when their floor is clearly quite low. I don’t think the Warriors can slow down Beal, and they no longer have the offense to keep up.

We get a huge odds boost for combining this with the Wizards winning, when I really don’t think it conflicts much at all. FanDuel is treating this like there’s a huge correlation between Curry scoring and the Warriors winning, when I’m not sure that’s the case. Three of the past four times that Curry has hit 35, the Warriors have lost. With this game having a total approaching 240, this is the perfect spot to bet on Curry having a big game but Golden State still losing.

As for his chances of getting there at all, I think +134 has some standalone value. Curry has scored at least 35 points in each of his past three games, and now he’s getting to face a Wizards defense that is last in the league in points per game allowed. Curry has been shooting well lately, and has been getting to the free throw line a ton. All we need for this parlay to cash is a shootout, and the Wizards play almost exclusively in shootouts.