HomeAnalysisNBA AnalysisNBA playoff predictions - Can Lillard and the Trail Blazers upset the Lakers?

NBA playoff predictions - Can Lillard and the Trail Blazers upset the Lakers? 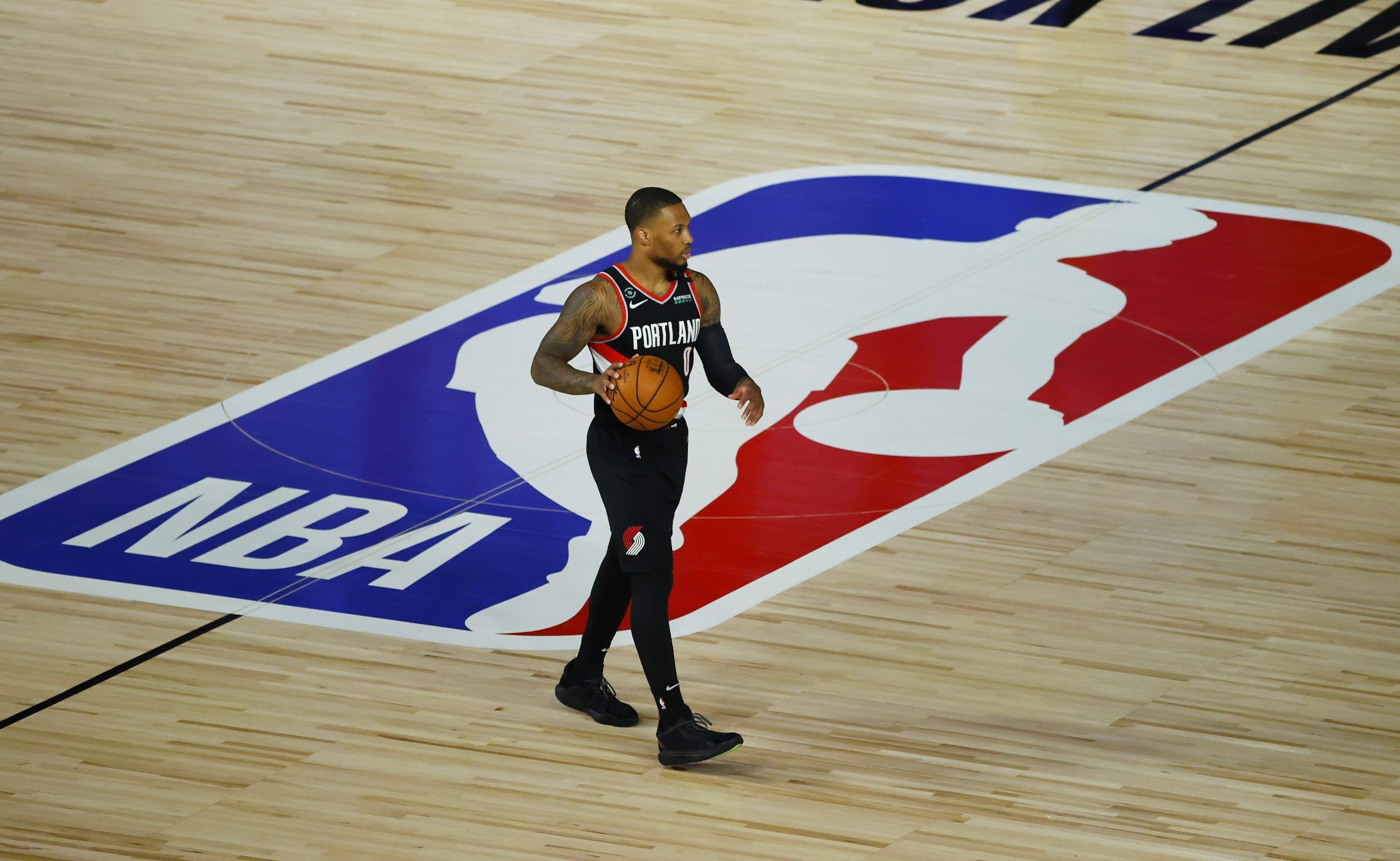 Since graduating from Davidson (The College That Stephen Curry Built), I have been writing about sports -- just about any and all you can think of! -- and coaching tennis in Atlanta, GA. Beyond the four major sports, I am an avid tennis fan and cover the ATP Tour on a daily basis. If I'm not busy writing, you can generally find me on a tennis court or traveling the world wherever a sporting event takes me.
@Dimonator133
Updated: 6:13 AM ET August 18, 2020

The Los Angeles Lakers vs. the Portland Trail Blazers. LeBron James (and Anthony Davis) vs. Damian Lillard (and CJ McCollum). Get your popcorn ready for a series that is getting well-deserved hype from the media and has a decent chance of living up to that hype on the court.

It begins on Tuesday night, when the Lakers have opened as -5.5 favorites in Game 1 (check out out free NBA expert picks for every playoff game).

This is the first time the Lakers and Trail Blazers have squared off in the playoffs since 2001-02 and the first time they have met in a best-of-seven series since their epic seven-game extravaganza in the 1999-2000 Western Conference Finals.

It’s not often that a 1-vs-8 is the most highly anticipated matchup of the #NBA playoffs first round.👀

For the first time in 20 years — since their epic Western Conference Finals in 2000 — the #Lakers and #Blazers will square off in a best-of-7 series.pic.twitter.com/x4SOTN5M6q

What to make of the Lakers’ struggles?

At what level is the panic meter in L.A. right now? It’s hard to say.

On one hand, the regular season is the regular season. The Lakers locked up the No. 1 seed in the Western Conference just three games into the restart with victories over two of the top six teams in the West (the Clippers and Jazz). Thereafter, they pretty much went through the motions without showing too much interest–suffering losses to Oklahoma City, Houston, Indiana, and Sacramento while going 1-4 in their last five-regular season games. This is nothing new for a LeBron-led juggernaut, either. In 2011-12, the Heat compiled a 1-3 in their last four regular-season contests and went on to win it all for LeBron’s first NBA title. In 2015-16, the Cavaliers also went 1-3 in their last four regular-season outings before ultimately capturing the Larry O’Brien trophy (LeBron’s third title). Just as practice is not the same as a game (thanks, Allen Iverson), the regular season is not the same as the playoffs (LeBron knows this better than anyone).

On the other hand, these Lakers have been shockingly poor in Orlando–borderline bad, even. They have been an absolute disaster, in fact, on the offensive end of the floor. In eight bubble games, Los Angeles was better than only Washington in offensive efficiency (points per 100 possessions). The Lakers’ 104.7 OEFF barely beat the Wizards’ 103.4 OEFF and–let’s be honest–the Wizards were not even pretending to try in their eight games and should not have been invited to the restart. Perhaps even more alarming is that L.A. was second-to-last (again, ahead of only Washington) in point differential. That’s right; the Lakers’ average result in eight regular-season bubble games was a loss by seven points.

Lillard lighting it up

As lackluster as the Lakers have been, it is going to require more than a one-man show to oust them from the playoffs. That being said, Lillard by himself could go a long way toward making this series interesting. Named unanimous MVP of the bubble even ahead of Devin Booker (led the Suns to an amazing 8-0 record), Lillard averaged 33.9 points per game in the final eight. And that hardly tells the full story. His last three point outputs were 51, 61, and 42 points in a historic streak of basketball. He shot at least 53.1 percent from the floor in those three victories and went 17-for-31 from three-point range in the last two games.

Lillard finally cooled off during a 126-122 play-in win over Memphis, but McCollum went crazy in the fourth quarter to finish with 29 points on 11-for-19 shooting. Big man Jusuf Nurkic is back from a broken leg and he dominated the Grizzlies in just about every way with 22 points, 21 rebounds, six assists, two blocks, and two steals. Gary Trent Jr. has also been stellar in Orlando, so there is no doubt that the depth advantage goes to Lillard’s supporting cast as opposed to that of LeBron and A.D.

Lakers in 6 is arguably the most likely outcome–it is the second-most likely outcome according to the odds at +300 (Lakers in 5 is +275). Neither of those plays, however, seem like particularly good value. Combine Los Angeles’ mediocrity in the bubble with Lillard’s current propensity to take over any game and (if you don’t want to pick the outright upset) what you get is Lakers in 7 at +550 possibly being the most prudent choice.