HomeAnalysisNBA AnalysisNBA Playoffs first basket best bets on Friday: CP3 will be the one

NBA Playoffs first basket best bets on Friday: CP3 will be the one 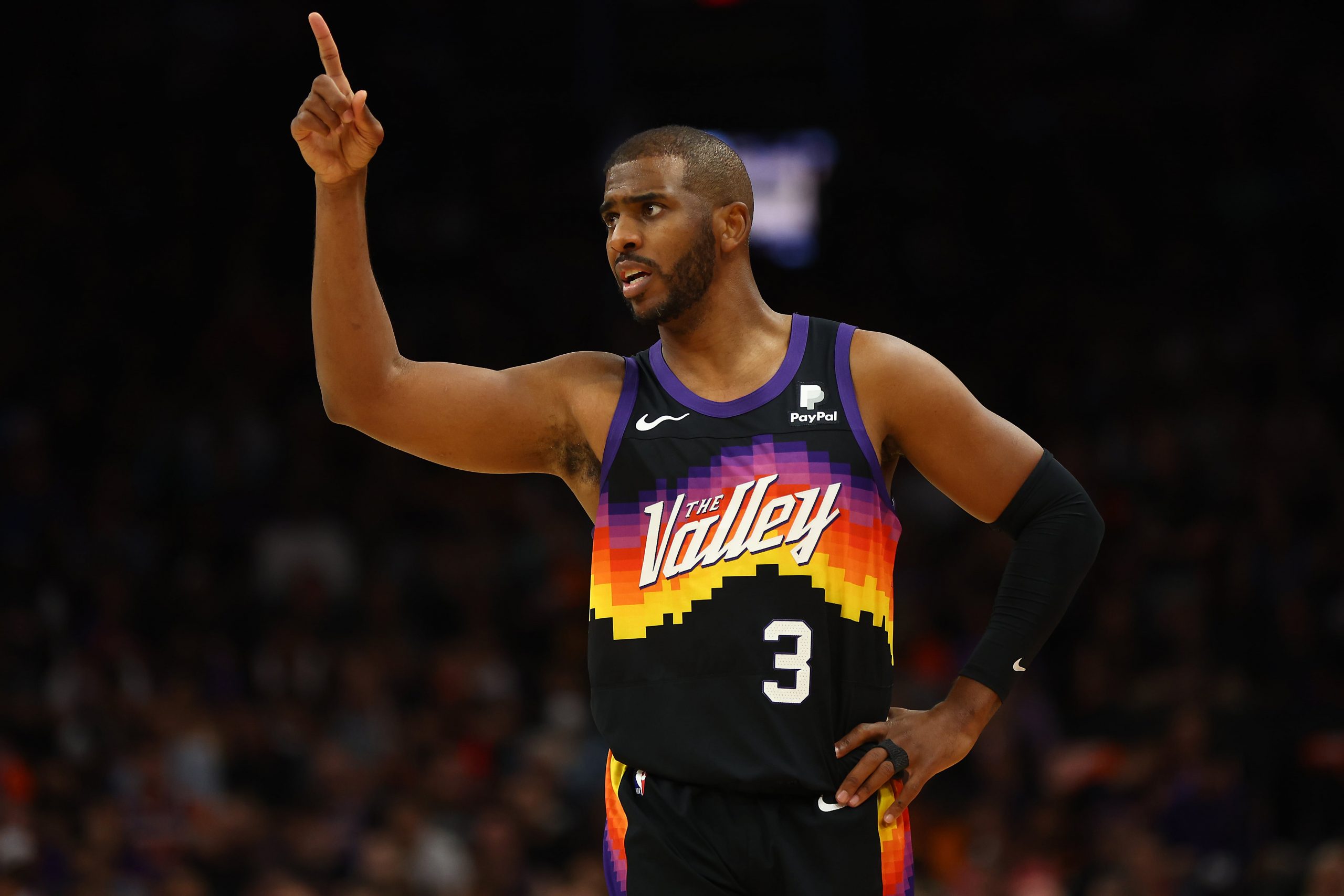 Trying to figure out the logic behind the NBA playoff schedule is annually sports’ version of the Rubik’s Cube. It never has made sense and never will. Game 2s in the Celtics-Bucks and Grizzlies-Warriors series were on Tuesday; Heat-76ers and Suns-Mavericks were on Wednesday. However, Heat-76ers and Suns-Mavericks go again on Friday, while Celtics-Bucks and Grizzlies-Warriors do not resume until Saturday.

Whatever the case, basketball will be back in some shape or form following Thursday’s off night.

It’s time to take a look at the pair of Game 3s on Friday and discuss the best first-basket bets to be made. So far in this postseason my first-basket plays have been extremely profitable. I nailed 2 plays on the same day during the play-in tournament – Kyrie Irving at +600 and Anthony Edwards at +700 for a 2-leg parlay that paid out at +5500. Since then I have cashed two consecutive Donovan Mitchell plays, both at +500 (Game 2 and Game 3 of the Utah-Dallas series), before hitting another bullseye with Phoenix’s Mikal Bridges at +1000. Let’s keep the momentum going!

Needless to say, the tipoff is the most important factor that should be looked at when deciding on first-basket bets. Players on whichever team gains possession are going to have by far the best opportunities to score the first points. In the case of this Miami-Philadelphia match, it’s hard to say which team will get the first crack on offense. Joel Embiid is out for the 76ers, but they have put 6’11’’ center DeAndre Jordan into the starting lineup instead of 6’9’’ small forward Paul Reed, a changeup from original expectations. Jordan took one of the two jump balls against Heat big man Bam Adebayo in the first two games of this series. The 33-year-old has a 2-inch size advantage over Adebayo, so there is no reason why he can’t win it again.

If the Sixers get the ball first, Maxey may be the one to take advantage. The former Kentucky star exploded for 34 points on 12-of-22 shooting in Game 3 on Wednesday, so he will take a ton of confidence back to Philly. He has attempted double-digit shots in 21 consecutive contests dating back to the regular season. With Embiid sidelined and James Harden struggling, Maxey will have to continue shouldering much of the scoring load if the 76ers want to have any chance. Look for the 21-year-old to assert himself from the start on Friday.

In the case of this Suns-Mavericks, there should be no doubt about which team has the first possession. Phoenix big man Deandre Ayton won 66.7% of his tips in the regular season (44 of 66) and he has been the absolute best at this discipline during the playoffs (8-for-9). The 6’11’’ center out of Arizona will once again be going up against Dwight Powell of the Mavericks, who is one of the NBA’s worst in the jump-ball department. Powell won 15 and lost 37 in the regular season (28.9%) and he is 1-for-8 in the playoffs. Unsurprisingly, Ayton had no trouble taking the jump balls to begin Game 1 and Game 2.

If the Suns corral the ball off the tip, don’t be surprised if Paul becomes the beneficiary. Sure, he isn’t the top point-scorer on the court, but until the market adjusts to Paul’s current scoring binge he is always going to have great first-basket value. At +1200, he can’t be passed up. The 36-year-old went for 28 points in Game 2 against Dallas after going 14-for-14 from the floor (33 points) in the series-clincher over New Orleans in round one. He has scored at least 19 in 4 straight games and at least 16 in 8 of the last 9. Paul produced the first basket in Game 1 and he has a great chance of doing the same in Game 3.

Check out all of our NBA coverage