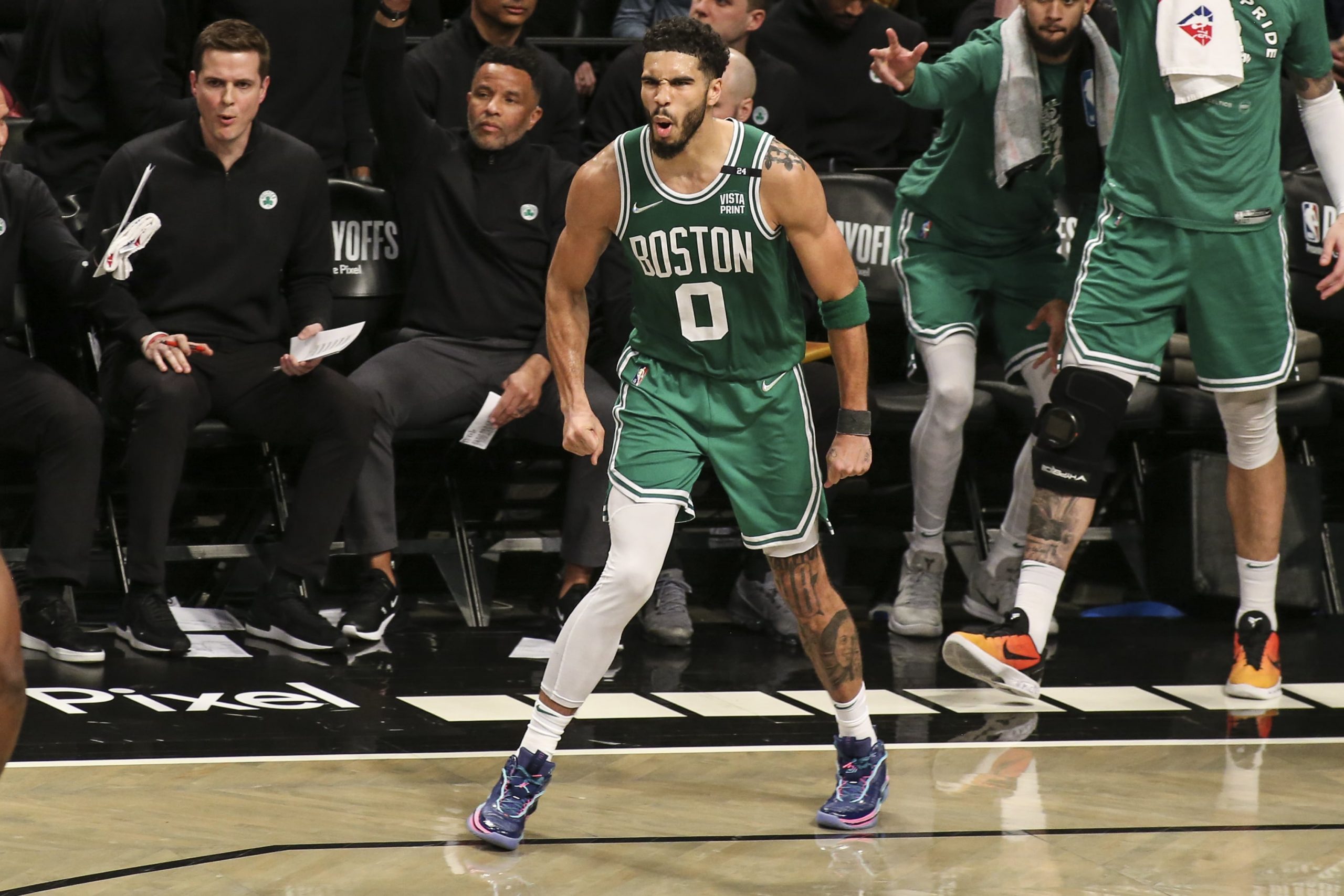 The first two Game 7s in these 2021-22 NBA playoffs have become necessary, and both will take place on Sunday. It’s Milwaukee-Boston in the afternoon and Dallas-Phoenix at night.

Right now it’s time to focus on very specific prop bets: first-basket scorers. So far in this postseason my first-basket plays have been extremely profitable. I nailed 2 plays on the same day during the play-in tournament – Kyrie Irving at +600 and Anthony Edwards at +700 for a 2-leg parlay that paid out at +5500. After that I cashed two consecutive Donovan Mitchell plays, both at +500 (Game 2 and Game 3 of the Utah-Dallas series), before hitting another bullseye with Phoenix’s Mikal Bridges at +1000. On Tuesday I was all over Joel Embiid at +440 and on Friday I was on target with Desmond Bane at +550. Let’s keep the momentum going!

Needless to say, the tipoff is the most important factor that should be looked at when deciding on first-basket bets. Players on whichever team gains possession are going to have by far the best opportunities. In the case of the Celtics and Bucks, it is not easy to predict the tipoff winner. Boston will either go with Robert Williams (who is questionable) or Al Horford. Milwaukee big man Brook Lopez is 2-1 against both of those guys in this series, but Horford won the opening jump ball in Game 6.

With momentum after winning on Friday and playing at home in Game 7, I think the Celtics have a better chance of getting a quick defensive stop and starting fast even if they lose the tip. So I will look to their starting five as the likeliest first-basket scorers and will specifically lean toward Tatum. This really isn’t a play that needs to be overthought. Tatum scored 46 points in the last contest and attempted 32 shots – twice as many as any other teammate. When you can get one of the two best players on the floor at +750, it’s an opportunity that should not be passed up.

Check out our Celtics vs Bucks preview

The Suns-Mavericks series is a much different story in the jump-ball tournament. There should be absolutely no doubt about which team has the first possession. Phoenix big man Deandre Ayton won 66.7% of his tips in the regular season (44 of 66) and he has been the absolute best at this discipline during the playoffs (11-for-13). Ayton will once again be going up against Dwight Powell of the Mavericks, who is one of the NBA’s worst at jump balls. Powell won 15 and lost 37 in the regular season (28.9%) and he is 2-for-12 in the playoffs. Unsurprisingly, Ayton has taken the opening tips in 5 of the first 6 games in this Western Conference semifinal showdown.

If the Suns corral the ball off the tip, don’t be surprised if Ayton becomes the beneficiary of his own success. Even as a +430 favorite, he still has good value. The Mavericks don’t have much of a point presence and really haven’t come up with an answer for him. After opening this series with 25 points, the Arizona product has scored 20 and 21 points in the last two outings. He put up the game’s first points on Thursday and finished with 16 shot attempts, trailing only Devin Booker (17) and Luka Doncic in that department. Look for Ayton to set the tone right away in front of the home crowd on Sunday.

Check out all of our NBA coverage