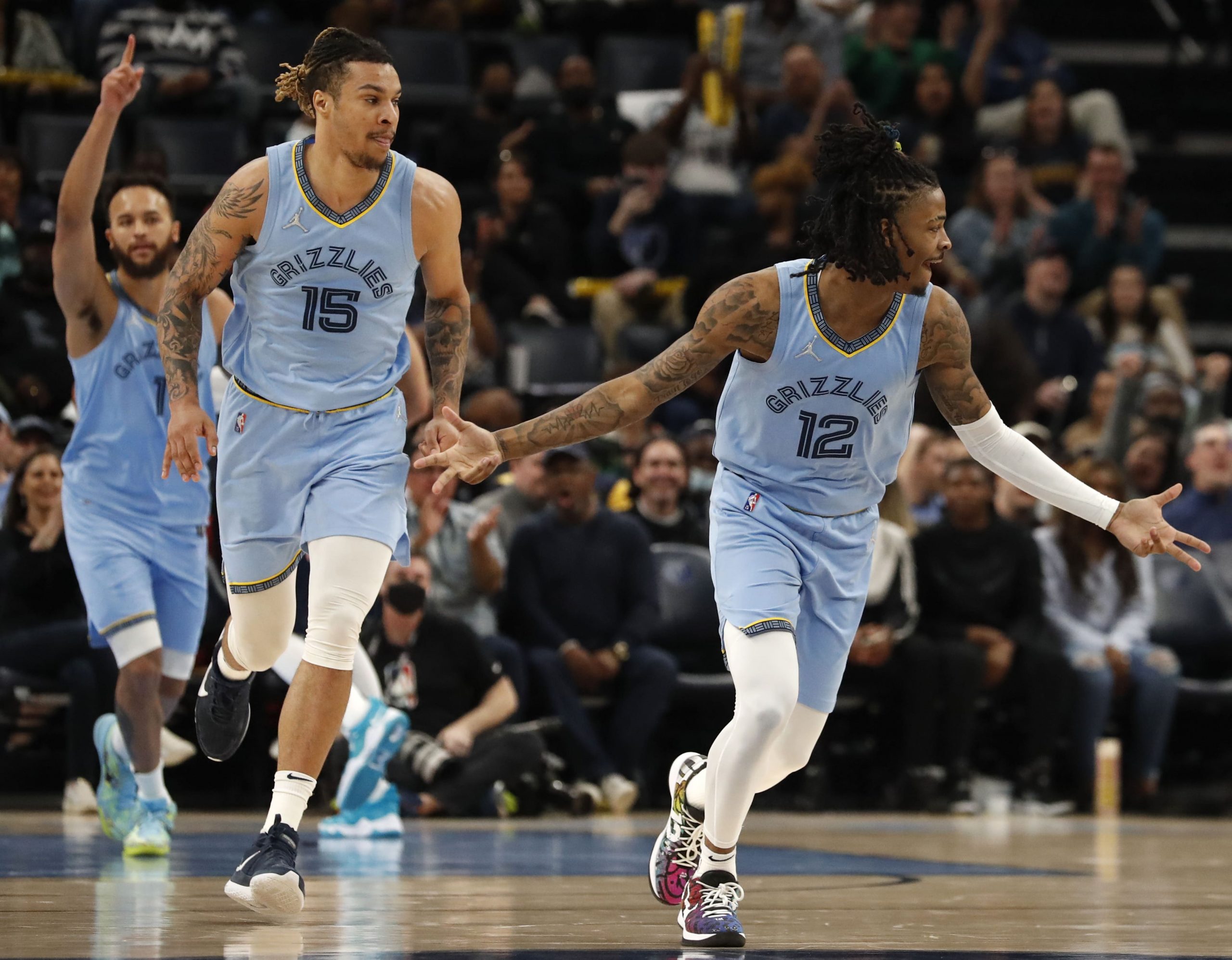 Three more Game 2s in the NBA playoffs will take place on Tuesday night. It’s Atlanta at Miami, Minnesota at Memphis and New Orleans at Phoenix. The Heat, Timberwolves and Suns have opportunities to take commanding 2-0 leads in their respective best-of-7 sets.

It’s time to take a look at the 2 best first-basket bets for Tuesday’s schedule. I nailed 2 plays on the same day during the play-in tournament – Kyrie Irving at +600 and Anthony Edwards at +700 for a 2-leg parlay that paid out at +5500. Let’s shoot for more success with this play!

The Grizzlies can be expected to have the first possession in their home date with the Timberwolves on Tuesday. Heck, the Grizzlies are always expected to have the ball first. Steven Adams is the best in the business when it comes to jump balls. He led the NBA in total jumps won by a margin of at least 11 over everyone else in the regular season and he led in percentage (77.2) by a mile. It’s no surprise that Adams won the tip against Timberwolves big man Karl-Anthony Towns in Game 1. Towns won only 45 of his 93 jumps (48.4 percent) during the regular season.

Needless to say, the tipoff is the most important factor that should be looked at when deciding on first-basket bets. Obviously players on whichever team gains possession are going to have by far the best opportunities. Assuming the Grizzlies have the ball first, Morant may be the one to take advantage. The former Murray State star averaged 27.4 ppg in 2021-22 and he returned from injury at the end of the regular season, so he is well-rested and also healthy. Morant went for 32 points in the opener this past Saturday, attempting the second-most field goals in that game (18, tied with Karl-Anthony Towns behind only Edwards). Having lost Game 1, look for the former No. 2 overall pick to come out with a ton of energy.

Check out our Timberwolves vs Grizzlies preview

This Pelicans-Suns game is another case of the tipoff being a key component. Deandre Ayton will be lining up for Phoenix and he won 66.7 percent of his jumps this season (44 won, 22 lost). New Orleans center Jonas Valanciunas registers at an unspectacular 52.2 percent (47 of 90). As expected, Ayton got the best of Valanciunas in the Game 1 tipoff.

If Phoenix corrals the ball off the tip yet again, don’t be surprised if Booker becomes the beneficiary. That is exactly what happened in the Suns’ 110-99 victory on Sunday, when the former Kentucky standout drained the first basket 14 seconds into Game 1. He finished with 25 points on a team-high 19 attempts from the floor. Booker had plenty of success against New Orleans in the regular season, as well, averaging 27.0 ppg on 45.5 percent shooting in 4 games. The Pelicans just don’t have an answer for him.

Check out all of our NBA previews and picks for Tuesday

If you want to go really big, a Morant-Booker parlay pays out at +4700!